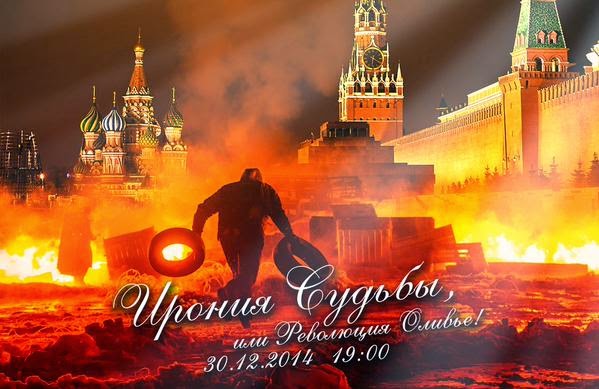 From Mark Sleboda in Moscow -

This is what is being tweeted by liberasts about a planned "Maidan" in Moscow today over Russian ultranationalist Navalny's verdict for fraud against French cosmetic firm Yves Rocher today. He received a suspended 3.5 year sentence and a fine.

As indicated below – this was organised from Washington DC (SMR) -

More details on the real Navalny will follow soon

Navalny was accused of embezzling over $500,000 from cosmetics company Yves Roche. Those charges can merit a sentence of up to 10 years in prison.
READ MORE: Prosecutors seek 10yr jail sentence for opposition figure Navalny

Aleksey Navalny stood trial with his brother Oleg, who was facing an eight-year sentence. Oleg was also found guilty and received a sentence of 3.5 years in prison.
Both brothers were each fined 500,000 rubles (US $8,500) and together will have to pay out 4.4 million rubles ($76,000) to a company listed as one of those affected in the case.
The Navalnys’ lawyers have already announced they will appeal the court’s decision.
“Of all the possible verdicts this one is the meanest,” Aleksey Navalny tweeted. 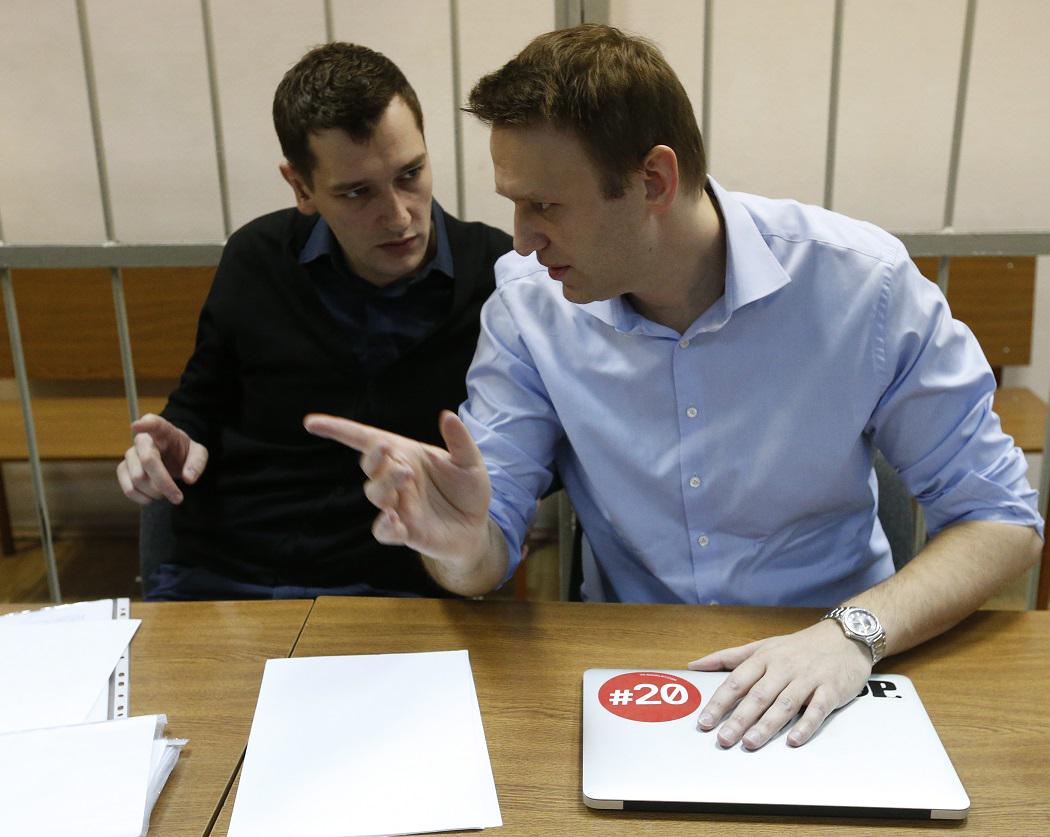 DETAILS: Aleksey Navalny given suspended sentenced, his brother Oleg 3.5yrs in prison colony http://on.rt.com/k8nghf
The court's verdict was initially scheduled to be revealed on January 15. However, on Monday the court that is dealing with the case confirmed the announcement has been moved to an earlier date “because the verdict is already ready.” Rescheduling the announcement caused an uproar among Navalny’s supporters.

The blogger himself said he was informed of the moved hearing less than a day prior to it. “Turns out there are no such exceptions that cannot be arranged for good people,” a statement on Navalny's website reads. The rearrangement of the date was “impossible according to the law,” Navalny claimed on Twitter.

A protest rally, which has initially been scheduled for January 15 was moved together with the sentence announcement and will take place Tuesday evening. Following the verdict, Navalny once again reminded of the event. Some 16,000 people will attend, according to the rally’s Facebook page. A supporter of opposition leader and anti-corruption blogger Alexey Navalny stands next to policemen blocking a street near a court building during his hearing in Moscow December 30, 2014 (Reuters / Tatyana Makeyeva)

The organizers claim the mass meeting is going to be a “discussion of the sentence” rather than an unauthorized protest rally. Still, one of the Facebook pages created for the event was blocked by Facebook for Russian internet users, enforced by the country's mass media and telecom watchdog Roskomnadzor.

The criminal case against Aleksey Navalny and his brother Oleg Navalny was initiated after managers from cosmetics giant Yves Rocher accused Navalny of major embezzlement in December 2012. The executives claimed the activist – together with his brother, a senior manager in a subsidiary of the state enterprise Russian Post – tricked them into signing a transportation contract with Oleg Navalny’s own company at inflated prices. Officially charged with 30-million-ruble (US$518,000) fraud and money laundering, Navalny has been under house arrest since February. He was banned from using the internet and other means of communication, but continued to update his popular anti-corruption blog by proxy of his wife.

Earlier in December, Russian prosecutors asked that Aleksey Navalny be sentenced to 10 years in prison, and also sought to sentence his brother Oleg to eight years behind bars. Navalny has claimed his innocence on all charges, stating that the scheme was an ordinary go-between business.
Navalny has repeatedly stated that the criminal cases against him were instigated by the authorities as “revenge” for his anti-corruption activism and forays into political opposition.
Back in 2013, Navalny received a five-year probation sentence for taking part in a graft scheme involving a state-owned timber company in central Russia’s Kirov Region.

Posted by seemorerocks at 21:58