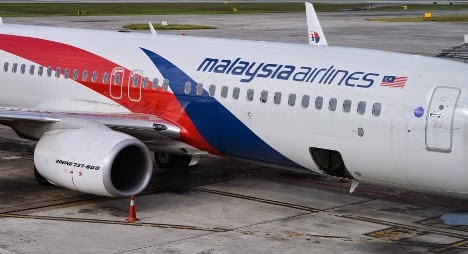 A second senior airline industry source has revealed his belief that there is some sort of conspiracy behind the disappearance of Malaysia Airlines flight MH370.

As The Herald Sun reports, Emirates president and CEO Sir Tim Clark made world headlines in October when he revealed his doubts about the fate of the missing plane, which disappeared early in the morning of March 8 this year. Now a second senior airline industry source has voiced his doubts about the fate of the plane, with the even wilder claim that the Boeing 777 may have been shot down by US military personnel who were fearing a September 11-style attack on the US Navy base on Diego Garcia.


As The Herald Sun reports,

Now a second senior airline industry source has voiced his doubts about the fate of the plane, with the even wilder claim that the Boeing 777 may have been shot down by US military personnel who were fearing a September 11-style attack on the US Navy base on Diego Garcia.

The former boss of Proteus Airlines, Marc Dugain, put forward his theory that the Malaysia Airlines plane crashed near the remote Indian Ocean island in a recent edition of Paris Match.

Dugain speculated that the plane’s computers may have been subject to a remote hacking, or an on-board fire, which prompted a diversion from its flight path.

Diego Garcia is a British territory but has been used as a significant US military base and refuelling stop since the 1970s. It is currently home to 1700 military personnel and 1500 civilian contractors.

Many conspiracy theories about the island have been aired since the disappearance of MH370, but the US government has repeatedly denied that the plane came anywhere near the remote territory, which is 3600km from Africa’s east coast and 4700km northwest of Australia.

Dugain said the downing of the plane may have come about for a range of different reasons, including the possibility that it may have been shot out of the sky by the US military, who were fearing a September 11-style attack on the base.

He pointed to the testimony of residents of the Maldives, who reported seeing an airliner travelling towards Diego Garcia on March 8, but whose claims were largely dismissed.

Dugain said a fisherman on Kudahuvadhoo island told him a “huge plane ... with red and blue stripes on a white background” had flown overhead at a low altitude.

The former airline boss claimed he had also been shown pictures of a strange object that had washed up on a beach of neighbouring Baraah island.

According to Dugain, two aviation experts and a military officer believed the object was an empty Boeing fire extinguisher, but the mystery object was subsequently seized by the Maldives military.

In the Paris Match story, Dugain also appeared to dismiss the “handshake technology” evidence supplied by the UK company Inmarsat, saying that such organisations were “very close to intelligence agencies”.

The wild claims come as grieving family members of MH370 passengers accused the Chinese government of failing to provide them with regular updates on the search for the aircraft, which was carrying 239 people at the time that it disappeared.

About 30 people, many of them elderly, took part in a recent protest in Beijing in which they demanded to speak to government officials.

“My son is alive and I want to know what the government is doing to find him,” said Liu Dianyun, the mother of one of the passengers.

Australia’s Joint Agency Coordination Centre recently announced that it had scoured 20 per cent of the search area where MH370 is thought to have gone down.

On Sunday investigators said they could finish scouring the priority zone search area by May if there were no delays with vessels, equipment or weather.

Search efforts will continue during the festive period.

The Fugro Equator is scheduled to depart for Fremantle on Wednesday after finishing its current survey, and the GO Phoenix continues its underwater search.