One year since the Akademik Shokalskiy

One year ago all attention was focused on the rescue from the Akademik Shokalskiy, stranded in the ice – while the real reasons for the expetition were totally ignored

Rescued scientists bring back a warning from the Antarctic
The icebound crew of the Akademik Shokalskiy made headlines but, a year on, the fruits of their expedition are revealed 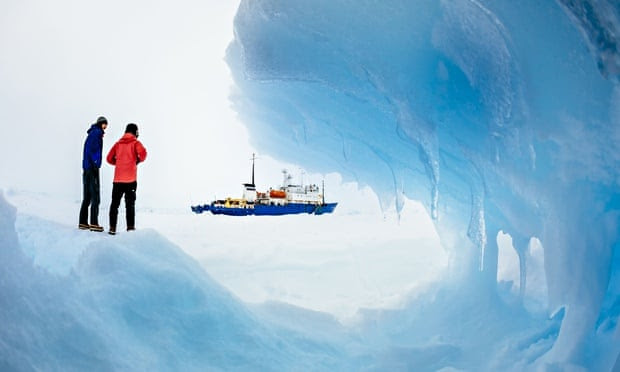 The voyage was meant to retrace the steps of Douglas Mawson, the great polar explorer and scientist who led the Australasian Antarctic Expedition of 1911. What happened instead captured the world’s attention, something none of the scientists, journalists and paying public aboard could have foreseen.

The Akademik Shokalskiy got stuck in ice on Christmas Day 2013 only two weeks after leaving New Zealand. A rescue mission swung into operation. Chinese, French and Australian icebreakers hurried to the scene only to be defeated by the ice floes themselves.

News editors around the world must have thanked their chosen gods. Into the seasonal dead zone, a real story had dropped. Stranded far from home, those aboard the Shokalskiy faced danger amidst the spectacular ice.

That New Year’s Eve an interview with expedition leader Chris Turney was beamed live to Times Square in New York. Two days later, the rescue effort entered a new phase. With no icebreaker able to smash way through, a Chinese helicopter, Xue Ying, or “Snow Eagle”, rose into the air for the first of five flights to ferry passengers from the stricken ship to the Aurora Australis. A core crew remained behind to sail vessel home once conditions allowed. 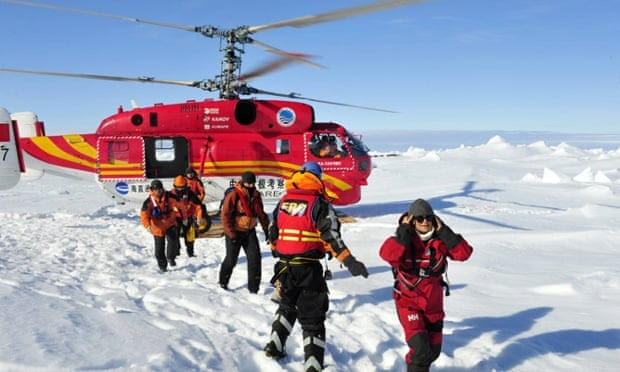 Passengers aboard Akademik Shokalskiy were successfully transferred by Chinese helicopter to the ice surface near Australian rescue ship Aurora Australis in January. Photograph: Unimedia/Barcroft Media
Media interest in the expedition faded after the rescue, but in the year since Turney and his team have been busy. Scientific samples and measurements from the voyage are being turned into research papers that reveal striking changes at the southern ice cap. And rather than feeling discouraged about expeditions that are funded by paying passengers, Turney is more enthusiastic than ever.

“Once we got back home and made sure everyone was all right, we got on with working up the data and getting a whole load of papers ready for submission,” Turney said. Like the rescue mission, this involved plenty of waiting. “It took nearly six months to get all the samples through quarantine.”

Simple observations told unhappy stories. Trawls of water reeled in hauls of plastic rubbish, now seemingly ubiquitous in the world’s oceans. On land, counts of Adélie penguins revealed the population had slumped near Mawson’s huts in Commonwealth Bay in East Antarctica. The birds are now commuting 40 miles to get food for their young. “Another 10 years there probably won’t be many left,” said Turney. The numbers of skuas seemed to have fallen too.

Commonwealth Bay has experienced substantial changes in recent years. In summertime fierce katabatic winds blow off the continent and chill the surrounding surface water to freezing point. The freshly created ice blows out to sea, as if on a production line. But the freezing process leaves behind cold, dense water that sinks to the sea floor, forming part of an oceanic current that drives circulation on a global sale.

The ocean circulation at Commonwealth Bay was disrupted in 2010 after an enormous iceberg, B09B, arrived. The 30 mile-long slab of ice smashed into the nearby Mertz glacier tongue and grounded itself at the entrance to the bay. That blocked the exit for fresh sea ice. As the ice built up, the ocean conveyor system partially closed down.

Such changes were bound to impact on life beneath the ice. Scientists inspected ecosystems on the sea floor. “You see this remarkable transition with the expansion of sea ice. A lot of kelp and other life on the seabed is dead or dying.

We’re seeing instead much of the deeper flora and fauna, as they come up from the deeper seabed because there’s an ecological niche to be filled,” said Turney. The shift in the ecosystem is expected to have impacts all the way up the foodchain. 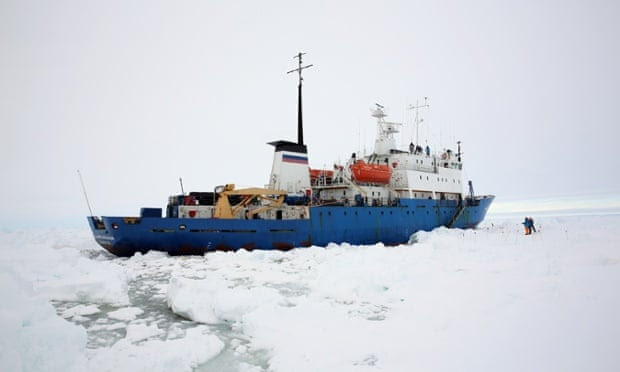 What has happened in Commonwealth Bay may be echoed around the continent in the future. In Antarctica sea ice is extending, for reasons that are unclear, but possibly through the actions of stronger winds churning out more and more sea ice. “What B09B has done is effectively fast track an area of East Antarctica and given us an insight into what the rest of the place might be experiencing if the trend continues,” Turney said.

More data is being crunched by the Shokalskiy team. Some draws on measurements from rocks that will reveal how and when ice expanded from the polar ice cap along a 3,500km stretch of coastline.

When the Shokalskiy got stuck last Christmas, Turney and the rest aboard the vessel failed to grasp how much attention the expedition was receiving. “At one level I still can’t fathom it. We were living in our own bubble. We were on a ship that had serious problems,” said Turney.


As the story went global, the venture came in for plenty of criticism. Climate sceptics suggested the incident disproved global warming, even though the ship’s encasement was caused by the wind blowing ice around, making this a weather problem rather than a climate impact.

More justified were complaints that the expedition had disrupted the scientific work of other teams, principally those affected by the diversion of the several nations’ icebreakers who arrived to help the Shokalskiy. “From an Australian perspective, many projects were cancelled or abbreviated because of re-direction of shipping, a problem when shipping is such a limiting factor,” said Pat Quilty, former chief scientist at the Australian National Antarctic Research Expedition, and a researcher at the University of Tasmania.

Turney acknowledges that the rescue operation had an impact on others’ scientific work, but adds that Antarctica is a risky place for any expedition. “There was disruption and we were incredibly grateful to everyone for their help. Fortunately though, from what we learned later, it seems that a lot of work was not harmed,” Turney said.

Like Mawson’s expedition in 1911, Turney’s was only possible because the public helped pay. Half of the standard passengers aboard the Shokalskiy paid A$18,000 (£9,700) to go along as scientific assistants. On the voyage Turney published progress reports on Facebook, Google+ and Twitter. He wanted to reach as many people as possible.


Rather than feeling chastened by the trip, he is more convinced than ever that the paying, participating public are crucial. “There’s a natural interest in discovery, in exploring. You can take some people with you on the expedition, and
Posted by seemorerocks at 13:42