The year 2014 is shaping up to be the warmest year on record and the heat is felt most strongly in the polar regions and in the oceans.

Accelerated warming of the poles is causing jet streams to change, resulting in more extreme weather events creating havoc around the globe. 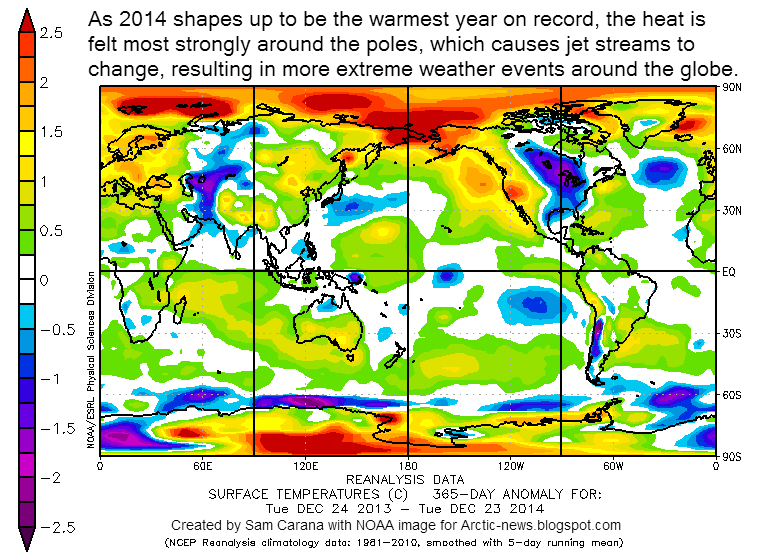 NOAA analysis shows that the global ocean surface temperature for the year-to-date (January through to November 2014) was 1.03°F (0.57°C) above average, the warmest such period on record. The anomaly is even more pronounced in the Norther Hemisphere, as illustrated by the image below.

Ocean temperatures can show much higher anomalies locally, as illustrated by the image below. The high sea surface temperatures near Svalbard give an indication of how warm the current is underneath the surface.

The danger is that ocean temperatures will continue to rise, especially in the North Atlantic, and that the Gulf Stream will keep carrying ever warmer water from the North Atlantic into the Arctic Ocean, where it will destabilize methane hydrates contained in sediments under the seafloor.

Methane levels are already exceptionally high over the Arctic, as illustrated by the recent NOAA image below. Since end October 2014, huge quantities of methane have erupted from the seafloor of the Arctic Ocean (water temperatures off the coast of North America get very high in July and it takes a few months for ocean currents to carry this heat to the Arctic Ocean).

These methane eruptions threaten to further accelerate warming in the Arctic, and cause even more extreme weather events, wildfires and further emissions, in a spiral of runaway warming 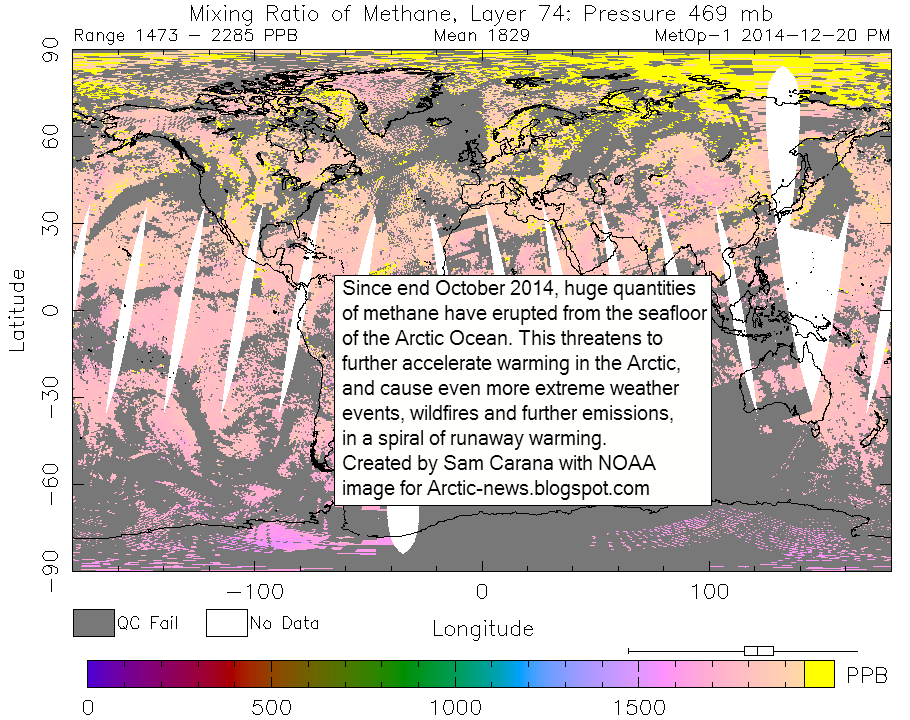 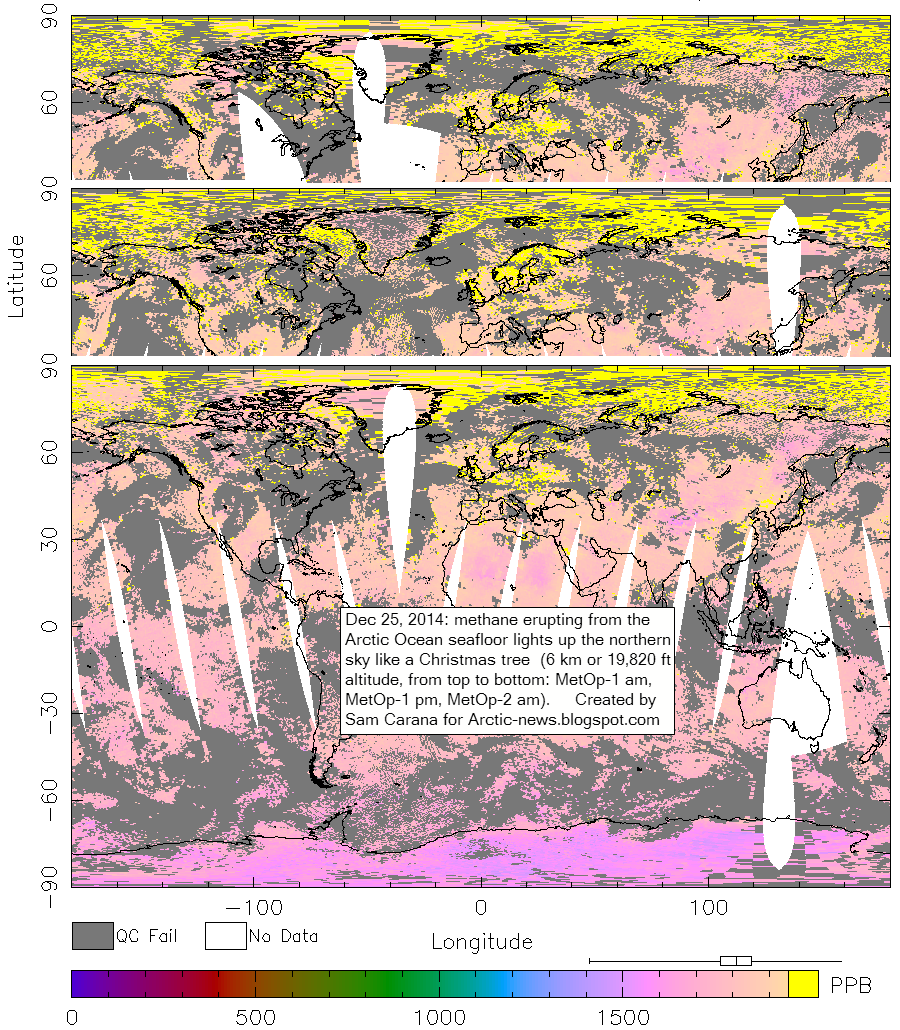 The troposphere is deepest at tropical latitudes, where it reaches altitudes of up to 20 km (12 mi), and rather shallow at the polar regions, where it only reaches altitudes of some 7 km (4.3 mi) in winter. For high concentrations of methane to show up over the Arctic Ocean at such a high altitude is a further indication of the strength of these methane eruptions.

The Naval Research Laboratory animation below shows that, while sea ice is now covering the entire Arctic ocean, it is in many places less than one meter thin, while huge chuncks of sea ice are moving along the edges of Greenland into the Atlantic ocean.

An exponential trendline based on sea ice volume observations shows that sea ice looks set to disappear in 2019, while disappearance in 2015 is within the margins of a 5% confidence interval, reflecting natural variability. In other words, extreme weather events could cause Arctic sea ice to collapse as early as 2015, with the resulting albedo changes further contributing to the acceleration of warming in the Arctic and causing further methane eruptions from the seafloor of the Arctic Ocean.

The situation is dire and calls for comprehensive and effective action, as discussed at the Climate Plan blog.