AirAsia flight number QZ8501, bound from the Indonesian city of Surabaya to Singapore, has lost contact with air traffic control, the airline has confirmed. The missing flight is an Airbus A320-200 with 155 people on board, Reuters reports.


According to an Indonesian transport official, there are 155 passengers and crew aboard the plane. Other local media, however, cited a figure of 162 people.

The Sunday Times of Singapore reported that there were 155 people on board the Airbus: 149 Indonesians, three Koreans, and individual passengers from the United Kingdom, Malaysia, and Singapore.
The flight was due to land in Singapore at 8:30 a.m. local time (00:30 GMT) and was listed as “delayed.”

AirAsia has confirmed the plane has gone missing in a statement.

AirAsia Indonesia regrets to confirm that QZ8501 from Surabaya to Singapore has lost contact at 07:24hrs this morning http://on.fb.me/1xpx5pl


"At the present time we unfortunately have no further information regarding the status of the passengers and crew members on board, but we will keep all parties informed as more information becomes available," the company said.

It added that "search and rescue operations are in progress and AirAsia is cooperating fully and assisting the rescue service."

The Civil Aviation Authority of Singapore said that services have been “activated” to help Indonesia search for the missing flight. 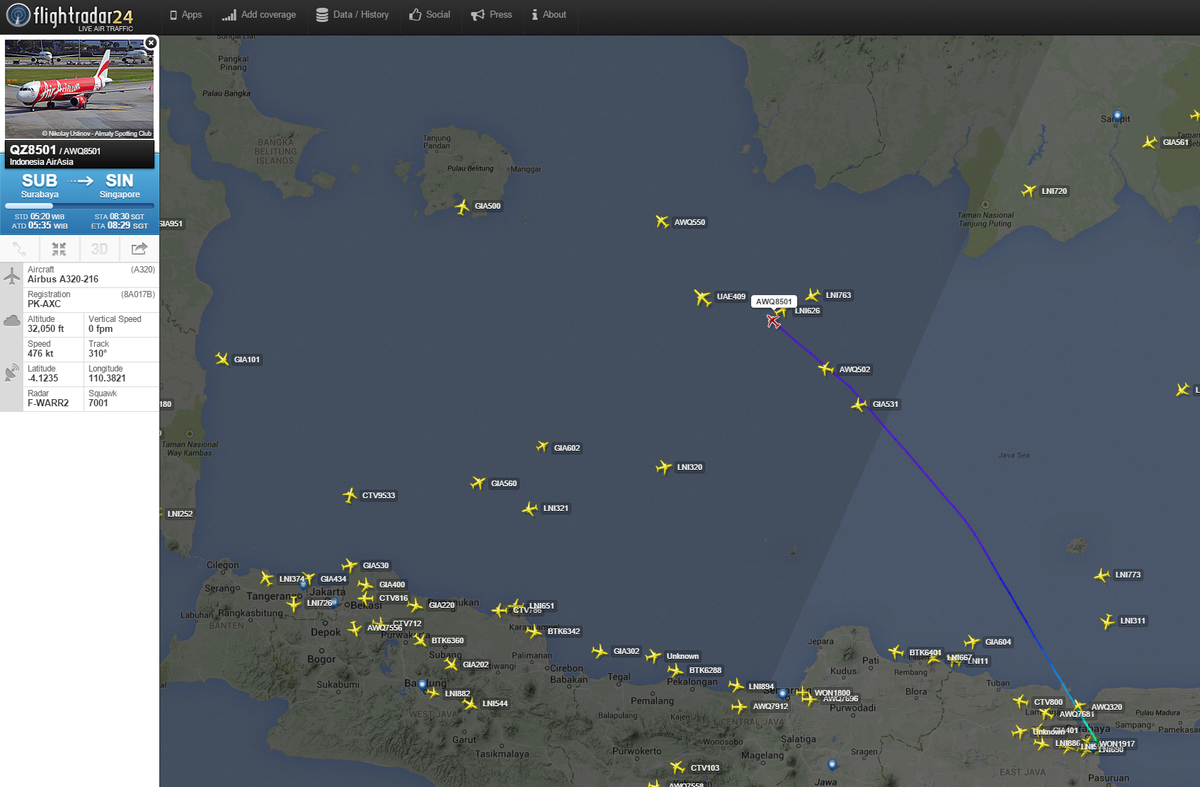 
An Emergency Call Center with the number +622129850801 has been established for family and friends of those who may have been on board the flight.
DETAILS TO FOLLOW
Posted by seemorerocks at 17:20