Igor Strelkov's statement made on the Christmas Eve:

1. As we speak, Ukraine is being armed and trained by the US and its allies.

2. Ukraine is preparing itself for a full scale war with Russia.

3. Moscow so-called negotiators are not telling the truth when they say that Kiev (or Poroshenko) is striving for peace. The opposite is true.

4. The Kiev junta has been welcoming and organizing on its territory Russian Nazis who are training there and forming military units. Their goal is first to assist with reconquest and cleansing of Donbass and then to begin military actions in the Russian Federation.

5. That Novorosssiya ceases to exist is in the interest and pursed as a goal by Russian oligarchy and the higher bureaucracy whose financial (and class) interests and capital are tied with the West and are located in the  West. It is also on them on whom the West relies and whom the West pressures in order to secure capitulation.

6. In Russia, there are, however, still significant patriotic forces who have risen in response to the events in Ukraine.

7. Without the full destruction of the junta and its forces, there can be no solid peace and the crisis cannot be resolved. 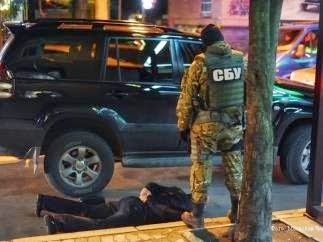 Kharkov SBU (Ukrainian Security Service) has a special Department, responsible for the cooperation with the "Right Sector". In charge of torture and kidnapping. And not out-of-towners, local SBU agents.

Then Lukyanov was returned to Kharkov, cleaned up, dressed up and taken to court. And told that they found him on the street.

"Pravoseki" [the Right Sector], which cooperate with this Department of the SBU, at the end of November were given rooms in hotel "Kharkov". On the 5th floor of the new building.

National Tribunal, as well as Kharkov underground are working on this Department of the SBU, as well as all those cooperating with them. And their family, and relatives. All who come into the Department, all those who cooperate, are recorded.

I think it is perfectly clear to everyone, and to employees of this Department of the SBU that this situation will not be indefinite. Buy Canadian passports. May be you will be lucky and manage to escape.

Translated by Kristina Rus for FortRuss.blogspot.com

U.S. War Against Russia Is Now Against Hungary Too 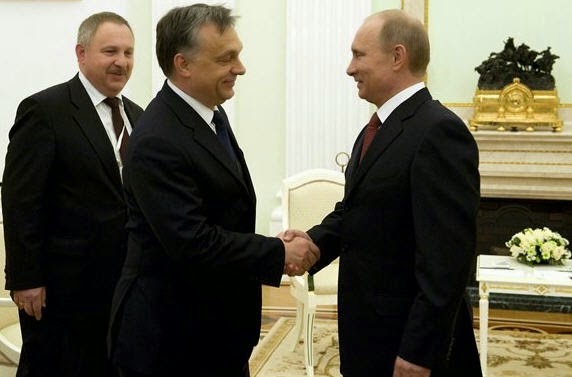 Hungary has decided to align itself with Russia against the United States.

The Western Alliance is starting to fray, over the insistence by Barack Obama and the U.S. Congress to go to war against Russia.

This is called a ‘new cold war,’ but it’s actually already a hot war within Ukraine, immediately next door to Russia.

America’s plan to locate nuclear missiles there aimed against Russia has made stunning progress this year. The formerly neutral nation of Ukraine has now become officially anti-Russian. Because of the Obama coup, Ukraine is suffering a civil war between the Ukrainian regime that Obama’s CIA and mercenaries installed in Kiev on 22 February 2014, versus the people in Ukraine’s far eastern districts, where the Ukrainian President whom Obama was overthrowing had received around 90% of all the votes that had been cast there, and so the newly installed Obama regime in Kiev in the west was overwhelmingly rejected by them — hence, Ukraine’s civil war is raging there now, with Obama’s Kiev regime trying to eliminate the residents there.

But, within the European Union, and especially among its former member-states of the Soviet Union, this is, as of yet, still only a cold war, which is in the process of heating up toward perhaps the super-hot temperature of a nuclear conflict between Russia and NATO (the latter organization consisting of the United States and its vassal nations against Russia). And America is already investing heavily in it.

According to German Economic News (GEN), on December 25th, “Hungary Will Not Take Part in the Cold War Against Russia.” They report that, “Hungary's Prime Minister Viktor Orban takes his distance from the EU, and accuses the US government of trying to instigate a new Cold War against Russia. Hungary will not participate.” GEN also links to an earlier, October 19th, GEN article, which had reported that, “After Russia, Hungary is now apparently also being targeted by Americans: the United States is hitting senior Hungarian government officials and businessmen with entry bans. The Americans throw corruption-charges against the Hungarians.”

Actually, the United States Government is also very corrupt, and uses corruption-charges against other nations’ officials in order to provide a pretext to force them to buckle to America’s aristocracy — to become vassal nations. Will the U.S. Government now place entry-bans against high U.S. officials, also, such as against Joe Biden even now, and perhaps including against Barack Obama after his Presidency ends and he starts taking favors that are widely expected for him, on and from Wall Street (such as did his friend Timothy Geithner)? (And this was already after the cascade of corruption during George W. Bush’s Presidency — none of which Obama allowed to be investigated and prosecuted.)

In 2013, a Gallup poll asked Americans, "Is corruption widespread throughout the government in the United States?” and 73% said “Yes.”But the corrupt Obama Administration pretends to be in the position of international arbiter against corruption in other corrupt nations. Whom is he fooling? (Perhaps people who don’t read this news-site, for example?)

On Tuesday, December 23rd, Reuters headlined, “Hungary PM Orban: U.S. uses corruption charges to gain influence,” and reported that, “The United States is using corruption allegations against some Hungarian public officials as a ‘cover story’ to boost its influence in central Europe amid the Russia-Ukraine conflict, Prime Minister Viktor Orban said on Tuesday. Orban's comments come amid a wider souring of relations between Hungary, a NATO ally, and the United States over what America perceives as Orban's increasingly authoritarian rule and Budapest's warm relations with Russia.”

America’s pervasive NSA snooping, militarizing of local police-forces, and invasions of Iraq, Syria, Libya, and other countries that never threatened the United States, are not considered (by the British Reuters) ‘authoritarian,’ but somehow Hungary now is ‘authoritarian.’ Suddenly (though the U.S. didn’t say this when Hungary was trying to meet the demands of the American aristocracy), Hungary is ‘authoritarian,’ and is ‘too’ corrupt to do business with.

When more than two-thirds of the United States public are against the U.S. Government’s selling arms to the Ukrainian Government, but 98% of the U.S. House of Representatives wants not only to sell them to Ukraine but to donate them to Ukraine, with U.S. taxpayers paying the tab for this largesse, and when 100% of the U.S. Senate then goes along with that, and the U.S. President signs it into law, how fake is American ‘democracy’?

Even on such a vital war-and-peace issue as nuclear war, America’s aristocracy, which overwhelmingly finances all ‘elections’ to national office, is controlling the U.S. Government, no matter what the U.S. public want.

All of this trouble is being done in order to surround Russia with our nuclear missiles. It’s not resulting from too much democracy; it’s resulting from fake ‘democracy.’

So: now we know that it’s fake.

It’s fake: that’s the reality. Once this reality is understood, everything else can begin to make sense. Getting rid of the illusion from the lies from the many liars is the prerequisite to understanding. Before that, is only myths. They’re getting more dangerous day-by-day. Nuclear war is deadly serious.

Some of the non-existent nazis in Kharkov

Bandera-ites in the centre of Kharkov 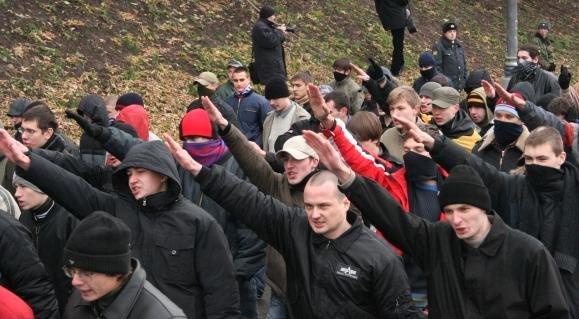