SAUDI OIL MINISTER: I Don't Care If Prices Crash To $20 -- We're Not Budging

Saudi Arabia convinced its fellow OPEC members that it was not in the group’s interest to cut oil output however far prices may fall, the kingdom’s oil minister Ali al-Naimi said in an interview with the Middle East Economic Survey (MEES).
OPEC met Nov. 27 and declined to cut production despite a slide in prices, marking a shift in strategy toward defending market share rather than supporting prices.

“As a policy for OPEC, and I convinced OPEC of this, even Mr al-Badri (the OPEC secretary general) is now convinced, it is not in the interest of OPEC producers to cut their production, whatever the price is,” Naimi was quoted by MEES as saying.

Oil fell towards $US60 a barrel on Monday, reversing gains after Saudi Arabia indicated it could increase its output.

Monday’s edition of the Saudi-owned al-Hayat newspaper quoted the kingdom’s oil minister Naimi as saying Saudi Arabia is prepared to increase output and gain market share by meeting the demands of any new customers.

On Sunday he said lower crude prices would help demand by stimulating the economy.

“We are going down because you have some OPEC ministers who come every day making statements trying to drive the market down, said Olivier Jakob, an oil analyst at Petromatrix Oil in Zug, Switzerland.

“They come every day to convey the message that they are not doing anything to restrict supplies and that they basically want oil prices to move lower to reduce production in the U.S.”

OPEC’s decision not to reduce production at a meeting in November sped up the decline in already falling oil prices. Prospects for a cut in the near future look remote.

While analysts said Brent would likely remain above $US60 a barrel this year, they said further large jumps in price were unlikely.

Analysts said the price drop would have only a gradual impact on the outlook for production.

“Given the lead time in permit approval and rig construction ahead of oil production, a sizeable negative U.S. supply response given the price drop is unlikely to take place until late 2015, which places further downward pressure on oil prices in the first six months of next year,” National Australia Bank said in a note.

It said it expected Brent and U.S. crude to average $US68 and $US64 per barrel respectively in 2015.

Analysts also said they expected relatively low price volatility for the rest of the year as traders begin to wind down their 2014 positions. 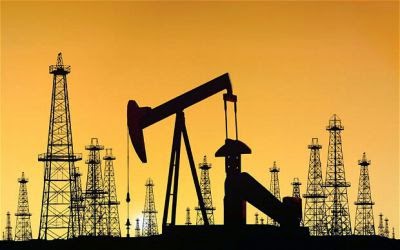 "People should not be worried," explained Kazakhstan President Nursultan Nazarbayev in a TV address over the weekend, "we have a plan in place if oil prices are $40 per barrel." Kazakhstan, the second largest ex-Soviet oil producer after Russia, explains "there are reserves which could support people, preventing living conditions from worsening." However, if A. Gary Schilling's reality check of $20 oil being possible comes to fruition, as he explains,what matters are marginal costs - the expense of retrieving oil once the holes have been drilled and pipelines laid.That number is more like $10 to $20 a barrel in the Persian Gulf... We wonder who has a plan for that?

"There are reserves which could support people, preventing living conditions from worsening," he said, without providing any details.

Nazarbayev has also urged the Kazakh people not to worry about the slide in Russia's rouble currency, which has lost some 45 percent of its value versus the dollar this year.


But A Gary Schilling is less sure... (via Bloomberg View)


When the U.S. Federal Reserve ended its quantitative-easing program in October, it also ended the primary driver of U.S. stocks during the past six years. So long as the central bank kept flooding the markets with money, investors had little reason to worry about a broader economy limping along at 2 percent real growth.

Now investors face more volatile markets and securities that no longer move in lock-step. At the same time, investors must cope with slower growth in China, minuscule growth in the euro area and negative growth in Japan.

Such widespread sluggish demand -- along with ample supplies of oil and most everything else -- is the reason commodity prices are falling. They have been since early 2011, but many people failed to notice until recently, when crude oil prices nosedived.

Normally, less demand and a supply glut would lead the Organization of Petroleum Exporting Countries, beginning with Saudi Arabia, to cut production. As the de facto cartel leader, the Saudis would often reduce output to prevent supply increases from driving down prices.

Of course, this also cost the Saudis market share and encouraged cheating by OPEC members. Saudi leaders must grind their teeth over the last decade's unchanged demand for OPEC oil, while all the global growth has been among non-OPEC suppliers, principally in North America.

That may explain why, while Americans were enjoying their Thanksgiving turkeys, OPEC surprised the world. Pressed by the Saudis and other rich Persian Gulf producers, it refused to cut output despite a 38 percent drop in the price of Brent crude, the global benchmark, since June.

OPEC, in effect, is challenging other producers to a game of chicken. Sure, the wealthier producers need almost $100 a barrel to finance bloated budgets. But they also have huge cash reserves, which they figure will outlast the cheaters and the U.S. shale-oil producers when prices are low.

The Saudis also seized the opportunity to damage their opponents, especially Iran and what they see as Iran-dominated Iraq, in the Syria conflict. They also want to help allies Egypt and Pakistan reduce expensive energy subsidies as prices fall.

Then there’s Russia, another Saudi opponent in Syria, with its dependence on oil exports to finance imports and 42 percent of government outlays. With the ruble collapsing, the Russian central bank let the currency float in November after blowing through $75 billion to support it. Then the central bank tried to stop the free fall by raising interest rates by 6.5 percentage points to 17 percent on Dec. 15.

Still, the Russian currency is floundering, along with the economy. Consumer prices in Russia rose 9.1 percent in November from a year earlier. The economy will be in recession next year, the website of the Russian economy ministry acknowledged for a few hours on Dec. 2, before the posting was deleted.

Venezuela is also suffering. The government needs $125-a-barrel oil to cover its spending, of which 65 percent depends on oil exports. Its crude production is down a third since 2000. With inflation raging, the bolivar officially sells for 6.29 a dollar, but for 180 on the black market.

In Nigeria, where oil and natural gas account for 80 percent of government revenue and almost all its exports, the naira has fallen 11 percent versus the greenback so far this year.

How low can oil prices go? In the current price war, the global market price needed to support government budgets isn't really the main issue. Nor are the total costs for exploration, drilling and transportation.

What matters are marginal costs -- the expense of retrieving oil once the holes have been drilled and pipelines laid. That number is more like $10 to $20 a barrel in the Persian Gulf, and about the same for U.S. shale-oil producers. The estimated $50 to $69 a barrel break-even point for most new U.S. shale-oil production is less relevant.

Developing countries that depend on commodity exports for hard currencies to service foreign debt will produce and export even at prices below their marginal cost. Until some major producer chickens out and cuts production, oil prices should remain low. They could decline a lot more than the 50 percent drop so far.