They think money is going to fix it.

Sometimes it helps to have truth on your side.

"International alarm over the rise of Kremlin-funded news, led by 24-hour news channel Russia Today, has intensified following Vladimir Putin’s military intervention in Ukraine and his feud with the west"

The BBC World Service is “financially outgunned” and losing ground to Russia’s RT, warns the service’s ex-chief. The UK and US may be ceding their dominant position to the “Kremlin propaganda” mouthpiece with a global audience of 700 million, he said.

Peter Horrocks, who stepped down as the top executive of the BBC global news operations earlier this month, told the Guardian that Britain should consider allocating extra funding to counter the growing influence of Russia’s global TV news channel RT.

“Medium- to long-term there has to be an anxiety about the spending of others compared to what the BBC are putting into it,” Horrocks said. “You can take a view of the overall national interest and things we spend on international influence, like military spending. When you look at that it would take it in a certain direction.” If Britain wants to combat Moscow’s growing influence in global information, the country’s ministers had better consider additional funding for the BBC World Service, Horrocks said, revealing that the BBC has already questioned the Foreign Office on “whether there’s anything they want to do with development funding for extra programming for Ukraine.” No reply has been received so far.
The BBC’s future is dependent on supplementary funding if UK authorities want to maintain the World Service as Britain’s major influence overseas, insists the former BBC boss.

"We are being financially outgunned by Russia and the Chinese, but there’s no way we’re being outgunned on the results [global audience]. The role we need to play is an even-handed one. We shouldn’t be pro one side or the other. We need to provide something people can trust,” Horrocks said.

“It is frightening the extent to which we are losing the information war,” the Guardian quoted John Whittingdale, chair of the Commons Culture, Media and Sport Select Committee, as saying.

The Guardian @guardian
"On a global scale the BBC are concerned because they are being outspent by the Russians and Chinese on a spectacular scale,” said a former ITN CEO, Professor Stewart Purvis. “It’s the soft power war that’s replaced the Cold War. The Russian and Chinese channels are clearly proxies for their governments and Britain is being vastly outspent,” he said.

RT currently broadcasts in English, Spanish, Arabic and Russian, with plans to launch French and German channels in 2015.

READ MORE: It's official: RT is most watched news network on YouTube with over 2bn views

The BBC World Service, a leading international radio and internet broadcaster providing programmes and content in English and 27 other languages, has a budget of £245 million ($382 million) that is funded from UK TV license fees. RT, with its 24-hour TV and internet coverage in English, Spanish, Arabic and Russian, plus French and German services ready to be rolled out in 2015, will reportedly have a combined budget of 15.38 billion rubles ($271 million as at December 22, 2014) for 2015. The BBC World Service has showed good results recently with a record 265 million viewers a week, despite certain service closures and cuts since 2010. RT is available around the clock to 700 million viewers in more than 100 countries around the globe.

“Russia Today’s expansion is part of a big investment in soft power,” said Richard Sambrook, director of the Cardiff School of Journalism, and a former head of BBC Global News. Yet while the World Service had “a fraction of the budget” of Chinese and Russian state-run media outlets, it nevertheless remains influential in world news, he claimed.

The political crisis in Ukraine, which turned into a fully-fledged civil war in 2014, made European politicians ring alarm bells over the news presented by 24-hour RT news channel broadcasting from Moscow.

Unlike EU broadcasters, RT has also been showing the other side of the coin of the Ukrainian unrest: eastern provinces of Ukraine devastated by Kiev troops, neo-Nazi militants ravaging the rebellious Donetsk and Lugansk Regions, an unprecedented number of civilian victims caused by the so-called ‘anti-terrorist’ punitive operation initiated by the Kiev authorities. After the issue was raised by leaders in the Baltic States at the G20 summit in Australia, British Prime Minister David Cameron expressed to US President Barack Obama his concerns about Russian news channels “pumping out a distorted picture” of events in Ukraine.

In November, RT UK was threatened with “statutory sanctions” for allegedly breaching the UK's broadcasting code.

UK media watchdog Ofcom threatened RT after it ruled that the TV channel had “failed to preserve due impartiality” in four of its news bulletins aired in March this year and covering events in Ukraine.

RT Editor-in-Chief Margarita Simonyan responded to the ruling by saying: “We accept the decision of Ofcom… We look forward to Ofcom applying today's ruling impartially to all broadcasters reporting on any government, irrespective of its political leaning." 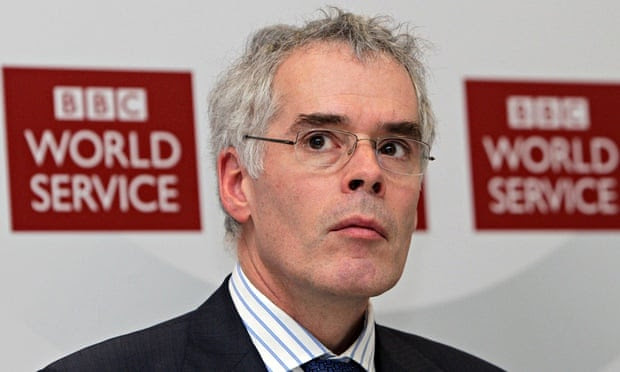