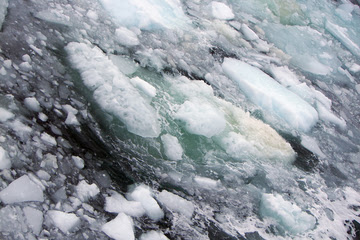 The Arctic methane time bomb is bigger than scientists once thought and primed to blow, according to a study published today (Nov. 24) in the journal Nature Geoscience.

About 17 teragrams of methane, a potent greenhouse gas, escapes each year from a broad, shallow underwater platform called the East Siberian Arctic Shelf, said Natalia Shakova, lead study author and a biogeochemist at the University of Alaska, Fairbanks. A teragram is equal to about 1.1 million tons; the world emits about 500 million tons of methane every year from manmade and natural sources. The new measurement more than doubles the team's earlier estimate of Siberian methane release, published in 2010 in the journal Science.

"We believe that release of methane from the Arctic, in particular, from the East Siberian Arctic Shelf, could impact the entire globe, not just the Arctic alone," Shakova told LiveScience. "The picture that we are trying to understand is what is the actual contribution of the [shelf] to the global methane budget and how it will change over time."

Arctic permafrost is an area of intense research focus because of its climate threat. The frozen ground holds enormous stores of methane because the ice traps methane rising from inside the Earth, as well as gas made by microbes living in the soil. Scientists worry that the warming Arctic could lead to rapidly melting permafrost, releasing all that stored methane and creating a global warming feedback loop as the methane in the atmosphere traps heat and melts even more permafrost.