‘Crazy, dynamic, unpredictable’ comet ISON still glowing, but is it still alive?
The unpredictable behavior of the ancient ISON comet has scientists scratching their heads, as the world’s space agencies had to quickly backtrack from their earlier claim that it had been destroyed in its encounter with the sun.

The 2km-wide relic has been traveling to meet our star for over a million years. But the “dinosaur bone of solar system formation,” as senior research scientist at Johns Hopkins University, Carey Lisse, dubbed it, did not shine as bright after its slingshot encounter around the sun on Thursday, forcing scientists and stargazers to conclude the celestial body had lost its tail and nucleus.

Karl Battams of NASA wrote on the space agency’s dedicated ISON blog about the confusion that the celestial body has caused.

“After impressing us yesterday, comet ISON faded dramatically overnight and left us with a comet with no apparent nucleus,” Battams said, also mentioning the deluge of calls he and the team had received from reporters, despite not being able to provide them with 100 percent clarity. 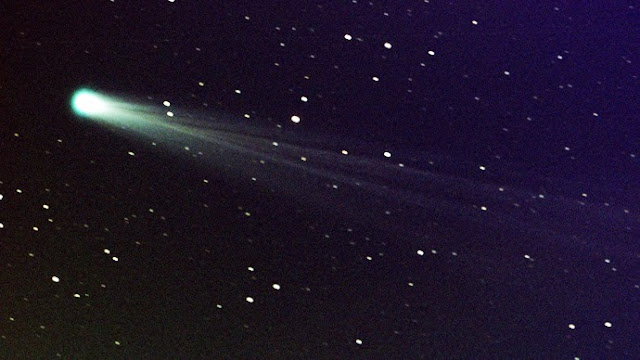 “As the comet plunged through the solar atmosphere, and failed to put on a show… we understandably concluded that ISON had succumbed to its passage and died a fiery death. Except it didn't! Well, maybe...,” he continued.

There were conflicting theories about the comet’s fate, but what emerged later in the photographic evidence forced everyone to backtrack.

The assumptions were dictated by the fact that traveling just over a million kilometers above our star’s surface would have melted all the comet’s ice at temperatures of over 2,000 degrees Celsius, while the sun’s magnetic field would have strongly influenced its behavior as well.

But claims of the ISON’s demise were later challenged with photographic evidence, as scientists saw a faint, but still bright glow of what they believe to be a piece of the comet.

Battams then went on to describe “a faint smudge of dust” visible in the images taken after the comet’s apparent exit from behind our star, which showed the faint glow traveling along ISON’s orbit. Admitting this could simply be a speck of dust, hopes were not high. However, the glow did not disappear.

“Now, in the latest LASCO C3 images, we are seeing something beginning to gradually brighten up again. One could almost be forgiven for thinking that there's a comet in the images!”

“We have a whole new set of unknowns, and this ridiculous, crazy, dynamic and unpredictable object continues to amaze, astound and confuse us no end,” Battams finished, asking everyone to be patient with further guess work. He added that if the glow is indeed the comet, we will be seeing it in the night sky in a matter of days.

NASA was not alone in retracting its earlier assessments: the European Space Agency stepped back from its earlier claims of ISON’s end as well.

However, scientists do not wish to make any further predictions as to its future at this point, because the comet could still just as easily stop releasing material and die out, if it indeed has not burned up after encountering the sun’s corona.

- ISON stands for International Scientific Optical Network
- Discovered September 2012 by two amateur Russian astronomers
- Originated in the Oort Cloud, about halfway from the sun to the next star
- Its age is about 4.5 billion years, like our solar system, where it originated
- Studying the comet should help our understanding of planet formation: when comets are destroyed from brushing close to the sun, the resulting vapors give clues of their chemical composition
Posted by seemorerocks at 14:21