Pollution in India and China

Intel on the alert: Thick, acrid smog in China, India is EATING servers
Circuit boards ruined by air pollution. Population not doing so great either 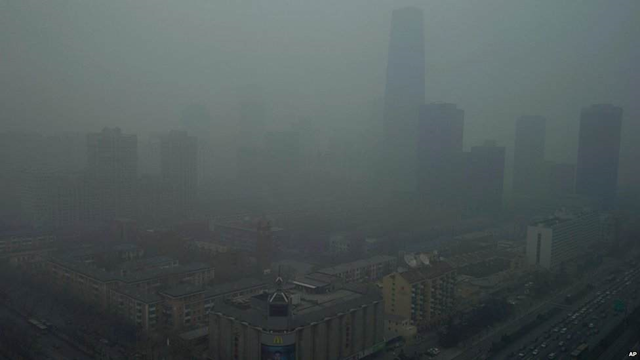 Intel is reporting that server boards and connectors in India and China are suffering from corrosion due to the high levels of smog.

The company's Free Press newsletter details a new set of problems that engineers have had to address at server farms in Asia, including unusually high levels of corrosion in wiring and circuit board hardware.


According to the processor titan, many boards were found to be suffering from the sort of sulfur corrosion that is seldom seen by technicians outside of heavy-duty factory environments.

"They were disproportionately from Asia-Pacific and it gave us pause," Intel VP of technology and manufacturing Tom Marieb told the Free Press.

"The only other times we had seen this level was from known industrial usage segments like inside a factory, not data centers that are supposed to be controlled, sealed-off environments with air conditioning."

The culprit, Intel believes, is the severe air pollution present in India and China. With much of Asia experiencing a booming energy demand and rapid industrialization, air pollution is reaching unprecedented levels.

Late last month, for example, The Reg reported that a choking cloud of air pollution 4,000 per cent as dangerous as the World Health Organization's recommendation of daily airborne particulate exposure virtually shut down Harbin, one of northeastern China's most populous cities.

Such concerns over power, pollution, and energy consumption will only increase in the coming years as more data centers sprout up to meet the demand for hosted services and public cloud platforms. Given their healthy appetite for power, such facilities have forced companies to rethink how and where they build their server farms.

Groups such as Greenpeace have already begun leaning on many of the major IT and cloud service providers to consider green energy sources when planning out their data centers, and to build their facilities in regions that supply power from renewable sources. ®