New Zealand earthquakes weakened Earth’s crust: new breed of earthquakes
The Canterbury earthquakes were even more unusual than first thought and unlikely to occur anywhere else in the world, new research reveals. 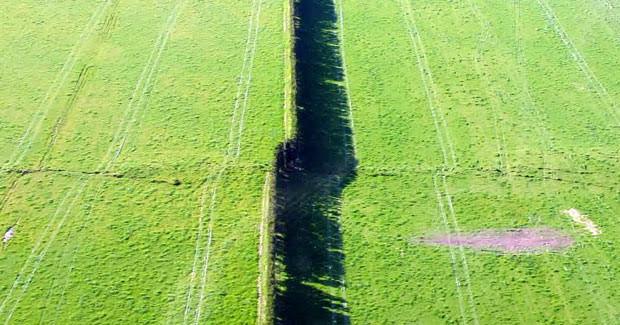 
The research, led by seismologist Martin Reyners of GNS Science, showed the unusual rock structure of the region meant the Canterbury earthquakes produced some of the strongest vertical ground accelerations ever seen in an earthquake.

The makeup of this unique dense and thick slab of rock could have implications for other regions around the lower South Island.

''There will be few other places in the world where a similar earthquake sequence might occur," Reyners said.

The research, published in Nature Geoscience showed that the strong quakes in Canterbury also could cause widespread cracking and weakening of the earth's crust - challenging the common assumption that the strength of the crust was constant.

Normally rocks become hot and ''plastic'' at depths of about 10km. However, the researchers found that strong, brittle rocks continued to a depth of about 30km under Canterbury.

This unusually thick and dense slab of rock helps to explain the long and energetic aftershock sequence in Canterbury, he said.

Seismic energy would have dissipated more quickly in softer rock.The researchers were now focussed on determining how widespread this strong rock unit is in the lower half of the South Island.

"This is important for defining the earthquake hazard for people living between mid-Canterbury and Southland," Reyners said.

The researchers had initially set out to determine the three-dimensional structure of the crust under Canterbury by using a technique called seismic tomography - similar to a medical CAT scan or ultrasound.

This helps to get more accurate aftershock locations and better define the many smaller faults that ruptured in the earthquakes.

Instead, researchers found that rock properties had changed significantly over a wide area around the Greendale Fault, which ruptured on 4 September 2010 producing a magnitude 7.1 quake.

"This finding was entirely unexpected, but it explains why the main shock released so much energy," Reyners said.

Most of the quakes in the two-year-long Canterbury sequence released abnormally high levels of energy - this was consistent with the ruptures occurring on very strong faults that store energy slowly and gradually and are hard to break.

The Canterbury quakes had their genesis 100 million years ago when very strong rocks became emplaced under Canterbury, he said.

This enabled the team to build a 3D picture of rock structure to a depth of about 35km below the surface.

Reyners said post-quake analysis such as this research was important as it helps to understand how strain builds up in thecrust and how it is released during earthquakes.

"But to do that accurately, we need to understand the types of rocks that exist at depth.''