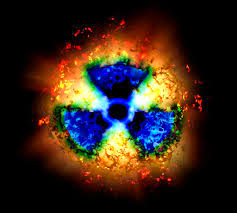 Not a lot of good news has been coming out of Japan lately. This week at the United Nations COP 19 climate talks meeting in Warsaw it was announced thatJapan will renege on its carbon emissions pledge. This means that instead of lowering its emissions of greenhouse gases by 2020 its emissions will actually increase based on 1990 levels. The reason Japanese officials give is because of the shutdown of its fifty nuclear power plants, which will mean more reliance on fossil fuels to meet its energy needs.

Of course, the shutting down of the nuke plants is not a bad thing, especially in light of the Fukushima disaster which until very recently seems to have been suffering from a bit of a news blackout by the mainstream corporate media. This is especially troubling given the imminent passage ofa new censorship lawin Japan that could make reporting news about Fukushima a crime in the name of protecting state’s secrets (gee, sound familiar?).

How much you knowabout the situation on the ground at the crippled Daiichi plant depends on how much you are intentionally seeking the information. Many people I talk to still don’t seem to fully comprehend the scope of the problem, likely because it hasn’t dominated the evening news. There is a lot to know but the most troubling facts are 1), that 300 tons of radioactive water have been spilling into the Pacific Ocean every day and is seeping into the groundwater; 2) the clean-up process is so risky that it continues to be delayed and has been called the world’s It’s also been called“the potentially the biggest ticking time bomb in human history.”

The crisis is obviously bad enough for the Japanese, but what keeps me awake at night is the radioactive plume making its way across the Pacific. It worries me because I live in a Southern California beach community, and as surfers committed to a healthy lifestyle, my family and I spend a lot of time in the ocean. I think also of the many Native nations in the US and Canada whose ancient ways of life depend on the “big waters” of the Pacific and this is just the newest threat to those ways.

Perceptions of the seriousness of the radioactive plume (to say nothing of the radiation being released into the atmosphere) seem to, not surprisingly, run along ideological lines between those who support nuclear energy and those who don’t. On the anti-nuclear side, high profile experts such asHelen CaldicottandDavid Suzukimince no words about the danger it poses, especially to the North American west coast, to say nothing of all the life in the ocean. Other more conservative industry experts tend to downplay the seriousness of the radioactive plume, saying the ocean will dilute the radioactive particles to negligible levels. Naturally, they arecritical of the anti-nuke voices.

The proliferation of nuclear energy is a symptom of the insanity of Western-based modern science. It is reflective of a people who have so little respect for life that they are willing to sacrifice their own grandchildren’s generation to satisfy today’s desires for wealth, all in the name of progress and the betterment of humanity. That is what happens when you deem acceptable a technology that produces a waste byproduct so toxic and dangerous that not only is it impossible dispose of safely, but it remains life threatening for tens of thousands of years.

Although Japan was victimized by America's use of nuclear weapons at Hiroshima and Nagasaki, it has fully embraced the values and technology of Western (i.e. Euro-American) culture. But in Fukushima’s wake a growing chorus of Japanese intellectuals is denouncing Japan’s attachment to nuclear power. Professor Mitsui Murata, former Japanese Ambassador to Switzerland, said ina videowidely circulating the internet that “the Japanese people realize from experience that nuclear energy generates unacceptable calamities…Japan must assume the historic role of promoting denuclearization, both civilian and military.”

In another fascinating documentary which highlights two of Japan’s top philosophers, Fukushima is characterized by the renowned Takeshi Umehara as a “civilization disaster,” because “civilization” as we know it is based on Western philosophic ideas. “Humanity cannot survive with Western philosophy,” Umehara declares. He calls for Japan to turn to its ancient ways of thinking to escape the “dead end of Western philosophy” and build a new civilization. Inspired by ancient Buddhist concepts and those from Japan’s indigenous Ainu people, Umehara embraces principles very similar to the principles of indigenous peoples in the US. For example, the concepts emphasize a nature-centered existence where everything in nature has a spirit and humans and nature are interconnected. It also stresses that recognizing the continuity with an enduring past translates to a reverence for nature that is required in order for life to go on.

To me this sounds an awful lot like our concept of thinking ahead 7 generations in order to take right action today. Humanity’s addiction to nuclear power, like its addiction to fossil fuels, must end. And this is the number one lesson from Fukushima.