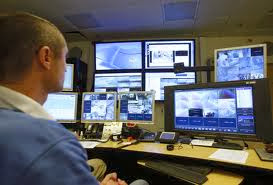 
Hackers in Indonesia are targeting the websites of Australian police and other government agencies websites as payback for spying on their president in 2009, but no critical police information has been compromised.

The BlackSinChan group is reportedly acquiring and publishing encrypted passcodes of some Australian websites, leaving a message on one site "This is the payback for Spying Indonesia!"

However, Australian Federal Police said on Monday no sensitive information was compromised when the hackers accessed log-in details of a member through the Crime Stoppers website.

Crime Stoppers Australia deputy chairman Peter Price said some information published by the hackers on Facebook was real while other snippets, including passwords, were not.

AAP reports hundreds of people clashed with police in front of the Australian embassy in Jakarta on Friday in response to the scandal, which has caused relations between Canberra and Jakarta to sink to their lowest level since the East Timor crisis in 1999.

Posted by seemorerocks at 16:01