Climate change asylum plea denied
A Kiribati man who argues he should be given refugee status in New Zealand because of the effects of global warming on the island, has been refused permission to challenge a decision denying him asylum 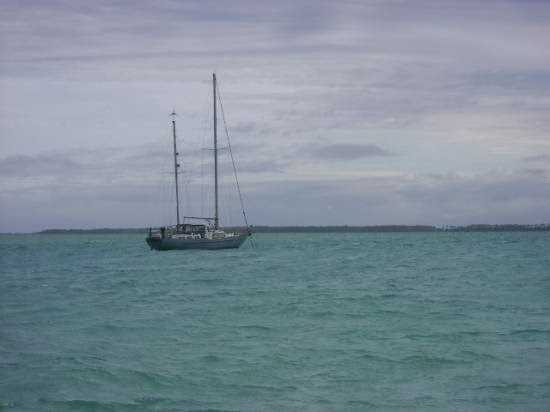 .
Ioane Teitiota, who is facing deportation after overstaying his visa, sought leave to appeal against an Immigration and Protection Tribunal decision, at the High Court in Auckland on 26 October.

His lawyer spelled out how high tides breach sea walls on the island and said the ocean is contaminating drinking water, killing crops and flooding homes.
Justice Priestly ruled the claim fell short of the legal criteria for refugee status and upheld the original immigration tribunal decision.

He said there would be no sustained and systemic violation of Mr Teitiota's basic human rights if he returned to Kiribati.

Mr Teitiota's lawyer, Michael Kidd, said he is considering an appeal on a number of points.

Immigration New Zealand says it will take no action to deport the family until the appeals process has been exhausted.

The agency says Mr Teitiota has 28 days to seek a further hearing.

An environmental lawyer says updating international refugee criteria to include climate change could cause the entire system to fall apart.

Vernon Rive from AUT University Law School said he rejects suggestions that the UN Refugee Convention needs to be updated.

He told Morning Report that people who are currently seeking asylum are finding it difficult enough as it is, and the system would become completely inundated if it was also opened to people seeking refugee status on environmental and climate grounds.

The spruce man with the trim mustache and the grim-faced bodyguard is dozing in his seat. A flight attendant leaves him a hot towel, and then another. The bodyguard, who wears the uniform of the Kiribati National Police—the shoulder patch depicts a yellow frigate bird flying clear of the rising sun—folds the towels carefully and places them on an armrest.

The Fiji Airways flight is moving north across the equator to Tarawa, the capital of Kiribati. The passengers include a Japanese executive who represents important tuna interests, a Mormon luminary from Samoa and his prim wife, and an American dressed in the manner of an Iraq War contractor, on a mission to recover the remains of U.S. Marines killed in World War II. We are all impatient for the sleeping man, who is the president of Kiribati, to wake up. We each have business to transact with him.

But the president sleeps. His name is Anote Tong. He is famous—or, at the very least, as famous as anyone from Kiribati has ever been—for arguing that the industrialized nations of the world are murdering his country.

Kiribati is a flyspeck of a United Nations member state, a collection of 33 islands necklaced across the central Pacific. Thirty-two of the islands are low-lying atolls; the 33rd, called Banaba, is a raised coral island that long ago was strip-mined for its seabird-guano-derived phosphates. If scientists are correct, the ocean will swallow most of Kiribati before the end of the century, and perhaps much sooner than that. Water expands as it warms, and the oceans have lately received colossal quantities of melted ice. A recent study found that the oceans are absorbing heat 15 times faster than they have at any point during the past 10,000 years. Before the rising Pacific drowns these atolls, though, it will infiltrate, and irreversibly poison, their already inadequate supply of fresh water. The apocalypse could come even sooner for Kiribati if violent storms, of the sort that recently destroyed parts of the Philippines, strike its islands.

For all of these reasons, the 103,000 citizens of Kiribati may soon become refugees, perhaps the first mass movement of people fleeing the consequences of global warming rather than war or famine.

This is why Tong visits Fiji so frequently. He is searching for a place to move his people. The government of Kiribati (pronounced KIR-e-bass, the local variant of Gilbert, which is what these islands were called under British rule) recently bought 6,000 acres of land in Fiji for a reported $9.6 million, to the apparent consternation of Fiji’s military rulers. Fiji has expressed no interest in absorbing the I-Kiribati, as the country’s people are known. A former president of Zambia, in south-central Africa, once offered Kiribati’s people land in his country, but then he died. No one else so far has volunteered to organize a rescue.

There is only one way out of Kiribati, and that’s on the twice-weekly flights to Nadi, on Fiji’s main island. Kiribati is so isolated that Tong can only visit his country’s largest atoll, a former nuclear weapons test site called Kiritimati (Christmas), 2,000 miles from Tarawa, by traveling through other countries.

The sky is cloudless today, and the Pacific spreads out before us. The Japanese executive interrupts the white noise and says, “Big ocean.” He says he hopes to talk to the president about some urgent matter of fishing rights. Kiribati is made up of 310 square miles of land and 1.3 million square miles of ocean. It is the Saudi Arabia of fish, except its leaders have allowed its only lucrative natural resource to be exploited by outsiders, including and especially the factory fleets of Taiwan, South Korea, and Japan.

We begin to descend, though there is nothing but blue below us. Tong stirs. I move to introduce myself, but the Mormon luminary, a man named O. Vincent Haleck, gets there first.

Haleck is a former chief executive of a tropical beverage distributor in Samoa and a member of the Mormon Church’s Second Quorum of the Seventy, which makes him a very important Mormon in this stretch of the Pacific. He supervises the church’s school system in Kiribati, which provides discounted tuition to parents who allow their children to be converted. The Mormons are in a battle for the souls of the I-Kiribati. Tong, who was educated by Catholic missionaries, smiles politely as Haleck describes the good deeds of his church. I catch only fragments of conversation: “water tanks,” “computer lab,” “Jesus Christ,” and something about a visit to Salt Lake City.