Chemical spill in Ohio forces hundreds to evacuate
Hundreds of people were forced out of their homes Tuesday night after a railcar, possibly damaged in a derailment, leaked flammable liquid in a rail yard, according to police. 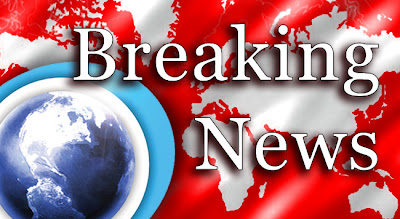 A train derailment at CSV Railroad in Willard, Ohio, led to the release of a styrene monomer — “highly flammable” chemical — into the air, said Willard Police Department Detective Jeremy Draper.


Roughly 500 people were ordered to evacuate their homes after the spill was reported to police at 11:42 p.m. Tuesday night, Draper said.


Jennifer Barnett told the Blade newspaper in Toledo that police woke up her family around 2:30 a.m., forcing her, her husband and her three children to take a van to school, without their own vehicle.


“Most likely we’re not going to have Thanksgiving with our family,” Barnett told the newspaper.


Willard Police Sergeant Ryan Gillmor said police went “door to door” to urge people to leave their homes. Gillmor said no one had been reported injured, and everyone in the hazardous area had been evacuated by Wednesday morning.


Four cars derailed at the rail yard late Tuesday while switching trains, and officials believe that’s when one car was impaired, although that was not confirmed, freight railroad spokesman Gary Sease told the Associated Press.


He said the full tanked that leaked was hauling roughly 26,000 gallons of styrene monomer.


According to the Occupational Safety & Health Administration (OSHA), styrene is used to manufacture plastics and rubbers. Exposure to styrene could cause “headache, fatigue, dizziness, confusion, drowsiness, malaise, difficulty in concentrating and a feeling of intoxication," the OSHA website said.


The city said in a tweet Wednesday evening that the toxicity levels surrounding the immediate impact area were low, and that the chief concern was the “flammability of the styrene monomer.”


“Again, if you live within a one-half mile of the Main Street underpasses, LEAVE YOUR HOME NOW. THIS IS NOT A DRILL,” read a tweet from the City of Willard’s Twitter page at 2:51 a.m.


Draper said it would be hours before residents were allowed back into their homes. The leak was plugged at 3:20 a.m. Wednesday after running for several hours and spilling 12,5000 gallons of chemicals, but crews had not yet started the cleanup process, Draper said.


Officials cautioned that the cleanup process could take a while, although a tweet from the city’s Twitter page said it is “our hope and expectation that most of the impacted residents will be able to return to their homes sometime tomorrow.”