P5+1 and Iran agree landmark nuclear deal at Geneva talks
The P5+1 world powers and Iran have struck a historic deal on Tehran’s nuclear program at talks in Geneva on Sunday. Ministers overcame the last remaining hurdles to reach agreement, despite strong pressure from Israel and lobby groups 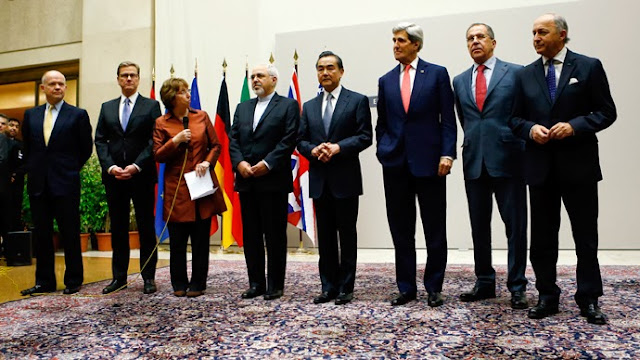 
Under the interim agreement, Tehran will be allowed access to $4.2 billion in funds frozen as part of the financial sanctions imposed on Iran over suspicions that its nuclear program is aimed at producing an atomic bomb.

As part of the deal Iran has committed to:
- Halt uranium enrichment to above 5 per cent.
- Dismantle equipment required to enrich above 5 per cent.
- Refrain from further enrichment of its 3.5 per cent stockpile.
- Dilute its store of 20 per cent-enriched uranium.
- Limit the use and installation of its centrifuges.
- Cease construction on the Arak nuclear reactor.
- Provide IAEA inspectors with daily access to the Natanz and Fordo sites.

“Constructive engagement [and] tireless efforts by negotiating teams are to open new horizons,” Rouhani said on Twitter shortly after the announcement.

In turn, the IAEA said it is ready to check that Iran keeps its commitments under the deal.

"With the agreement of the IAEA's Board of Governors, the Agency will be ready to fulfill its role in verifying the implementation of nuclear related measures," said Director General Yukiya Amano as cited by Reuters.

Foreign ministers from the US, Russia, UK, France, China, Germany and the EU hailed the deal as a step toward a “comprehensive solution” to the nuclear standoff between Tehran and the West. The interim deal was reached early Sunday morning in Geneva after some 18 hours of negotiation.

“While today's announcement is just a first step, it achieves a great deal,” US President Barack Obama said in a statement at the White House. “For the first time in nearly a decade, we have halted the progress of the Iranian nuclear program, and key parts of the program will be rolled back.”

However, Obama said that if Iran fails to keep to its commitments over the next six months, the US will “ratchet up” sanctions. US Secretary of State John Kerry, a key participant in the Geneva talks, said that Iran still had to prove it is not seeking to develop atomic weapons.

The Prime Minister of the United Kingdom, David Cameron, has said that the negotiations in Geneva were just an “important first step”.

“We have an international agreement with Iran that moves it further away from getting a nuclear weapon. We will continue to enforce sanctions robustly in order to secure a comprehensive and final settlement,” he added.

Tehran has repeatedly denied that it is developing atomic weapons, however, and maintains that its nuclear program is purely for civilian purposes.

As part of the agreement, the international community has accepted Tehran’s right to a peaceful nuclear program. But after the deal was struck, participants in the Geneva talks put different interpretations on the issue of Iran’s right to enrich uranium.

“This deal means that we agree with the need to recognize Iran's right for peaceful nuclear energy, including the right for enrichment, with an understanding that those questions about the [Iranian nuclear program] that still remain, and the program itself, will be placed under the strictest IAEA control,” Lavrov told journalists.

John Kerry had a different spin on the deal, however, telling the media that it did not recognize Tehran’s right to enrich nuclear fuel.

“The first step, let me be clear, does not say that Iran has a right to enrich uranium,” Kerry said.


Israel has already voiced its opposition to the deal with Iran, claiming it is based on “Iranian deception and self-delusion.” Prime Minister Benjamin Netanyahu condemned the agreement as a "historic mistake" and said the world had become a more dangerous place. 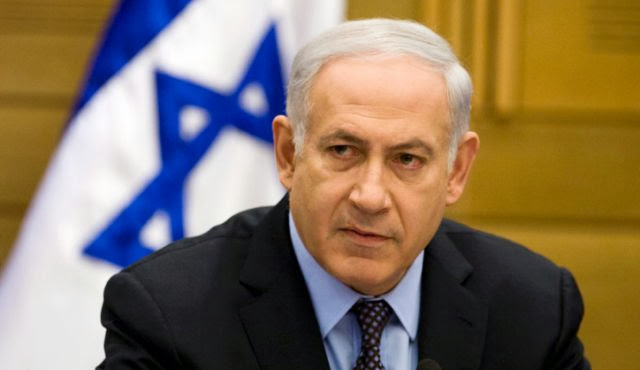 
Netanyahu condemned the deal at a cabinet meeting on Sunday and said the world has become a more dangerous place.

"What was achieved last night in Geneva is not a historic agreement, it was a historic mistake," Netanyahu told his cabinet. “Today the world has become a much more dangerous place because the most dangerous regime in the world took a significant step towards obtaining the world's most dangerous weapon.”

"Israel is not committed by this agreement,” Netanyahu told his Cabinet. “The regime in Iran is committed to destroying Israel. [But] Israel has the right and obligation to defend itself from any threat, [and] will not allow Iran to develop a military nuclear capability.”

Netanyahu said that the international community had actually “agreed for the first time to uranium enrichment in Iran, while ignoring Security Council resolutions that they themselves promoted.”

He also reiterated that military action against Iran was possible, but Civil Defense Minister Gilad Erdan warned that the Geneva deal “makes it much more difficult in the diplomatic sphere to talk about a military option.”

Israel has never publicly acknowledged that it has nuclear weapons, but is widely believed to be the only power possessing the atomic bomb in the Middle East. It has consistently called on the international community to strip Iran of its nuclear enrichment capabilities.

Israeli Foreign Minister Avigdor Lieberman told Sunday’s Cabinet meeting that the Geneva accord was Tehran’s “greatest diplomatic triumph” since the Islamic Revolution of 1979. 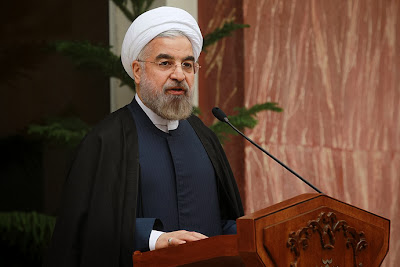 US President Barack Obama spoke by phone with Netanyahu on Sunday to address Israel’s concerns about the Iran nuclear deal, the White House announced.

"Consistent with our commitment to consult closely with our Israeli friends, the President told the Prime Minister that he wants the United States and Israel to begin consultations immediately regarding our effort to negotiate a comprehensive solution," White House spokesman Josh Earnest said. "The President underscored that the United States will remain firm in our commitment to Israel which has good reason to be skeptical about Iran's intentions."

Earlier on Sunday, US Secretary of State John Kerry said that the deal between Iran and major world powers would make it more difficult for Iran to make a dash to build a nuclear weapon, and would make Israel and other American allies safer.

Under the deal struck on Sunday night by the P5+1, Iran agreed to freeze its nuclear program for the next 6 months and cease construction work on the Arak reactor. In addition, Tehran agreed to stop enriching uranium beyond 5 per cent in a bid to allay fears it seeks to construct a nuclear bomb. In return sanctions on Tehran’s economy will be lightened, allowing Iran access to $4.2 billion in funds frozen as part of the financial sanctions.

A foreign policy adviser to the Saudi Arabian government, speaking to Reuters on condition of anonymity, said that Sunni Arab states do not welcome the Geneva nuclear deal. So far, Riyadh has made no official response.

Just hours before the Geneva deal was signed, the rulers of Saudi Arabia, Qatar and Kuwait met late Saturday night to discuss “issues of interest to the three nations,” Reuters reported.

Abdullah al-Askar , the chairman of Saudi Arabia's Shura Council, an advisory body to King Abdullah, said that Tehran had “an ugly agenda in the region” and expressed concern that Iran could seek to gain the upper hand in regional politics in return for mothballing its nuclear program.

“I am afraid Iran will give up something on [its nuclear program] to get something else from the major powers in terms of regional politics. And I'm worrying about giving Iran more space or a freer hand in the region," al-Askar said, adding that the people of the region “know Iranian policies and Iranian ambitions” and are afraid that Tehran might “interfere in the politics of many countries in the region.”

“No one in the region will sleep and assume things are going smoothly,” al-Askar said.

"I think Saudi Arabia will go ahead if Iran goes ahead [and gets a nuclear weapon],” he said. “I think Egypt, maybe Turkey, Saudi Arabia, maybe the Emirates, would go ahead and acquire the same technology. This will open wide the door to weaponization.”

Intelligence Minister Yuval Steinitz, in charge of monitoring Iran's nuclear program, has said there is no reason for the world to be celebrating.

He says the deal that was reached in Geneva on Sunday is based on "Iranian deception and self-delusion."