Following up this article.. Tepco finished loading the first 22 spent fuel assemblies to the container [URL] 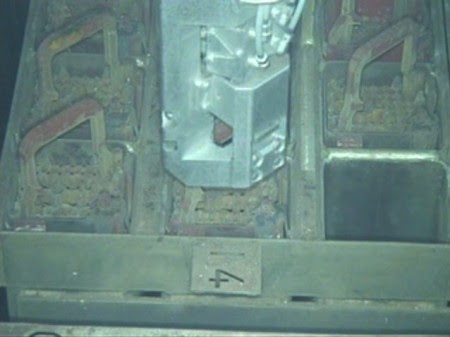 Tepco released the video of the  first spent fuel removal taken by an underwater camera. The recording date was 11/26/2013.

Tepco’s spokesman states the scale is formed on the handle part of assembly and oxide film covers the surface of assembly.

Small pieces of debris are between the rack and the assembly, it leaves the scratching damage on the body of assembly when it’s pulled up by the crane.