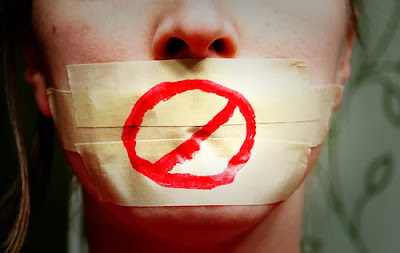 2 weeks after the Fukushima accident, we reported that the government responded to the nuclear accident by trying to raise acceptable radiation levels and pretending that radiation is good for us.

We noted earlier this month

Japan will likely pass a new anti-whistleblowing law in an attempt to silence criticism of Tepco and the government:


Japanese Prime Minister Shinzo Abe’s government is planning a state secrets act that critics say could curtail public access to information on a wide range of issues, including tensions with China and the Fukushima nuclear crisis.

The new law would dramatically expand the definition of official secrets and journalists convicted under it could be jailed for up to five years.
In reality, reporters covering Fukushima have long been harassed and censored.

Unfortunately, this is coming to pass. As EneNews reports:

Associated Press, Nov. 26, 2013: Japan’s more powerful lower house of Parliament approved a state secrecy bill late Tuesday [...] Critics say it might sway authorities to withhold more information about nuclear power plants [...] The move is welcomed by the United States [...] lawyer Hiroyasu Maki said the bill’s definition of secrets is so vague and broad that it could easily be expanded to include radiation data [...] Journalists who obtain information “inappropriately” or “wrongfully” can get up to five years in prison, prompting criticism that it would make officials more secretive and intimidate the media. Attempted leaks or inappropriate reporting, complicity or solicitation are also considered illegal. [...] Japan’s proposed law also designates the prime minister as a third-party overseer.

BBC, Nov. 26, 2013: Japan approves new state secrecy bill to combat leaks [...] The bill now goes to the upper house, where it is also likely to be passed.

The Australian, Nov. 25, 2013: Japanese press baulks at push for ‘fascist’ secrecy laws [...] Taro Yamamoto [an upper house lawmaker] said the law threatened to recreate a fascist state in Japan. “This secrecy law represents a coup d’etat by a particular group of politicians and bureaucrats,” he told a press conference in Tokyo. “I believe the secrecy bill will eventually lead to the repression of the average person. It will allow those in power to crack down on anyone who is criticising them – the path we are on is the recreation of a fascist state.” He said the withholding of radiation data after the Fukushima disaster showed the Japanese government was predisposed to hiding information from its citizens and this law would only make things worse. [...] The Asahi Shimbun newspaper likened the law to “conspiracy” regulations in pre-war Japan and said it could be used to stymie access to facts on nuclear accidents [...]

Foreign Correspondents’ Club of Japan president Lucy Birmingham: “We are alarmed by the text of the bill, as well as associated statements made by some ruling party lawmakers, relating to the potential targeting of journalists for prosecution and imprisonment.”

Activist Kazuyuki Tokune: “I may be arrested some day for my anti-nuclear activity [...] But that doesn’t stop me.”

Lawrence Repeta, a law professor at Meiji University in Tokyo: “This is a severe threat on freedom to report in Japan [...] It appears the Abe administration has decided that they can get a lot of what they want, which is to escape oversight, to decrease transparency in the government by passing a law that grants the government and officials broad authority to designate information as secret.”

Prime Minister Shinzo Abe: “This law is designed to protect the safety of the people.”

See also: Japan Deputy Prime Minister talks about “learning from the Nazis” — Previously said to let elderly people “hurry up and die” (VIDEO)
Rather than addressing the problems head-on, the Japanese government is circling the wagons.
Unfortunately, the United States is no better. Specifically, the American government:
As we noted 6 months after Fukushima melted down:

American and Canadian authorities have virtually stopped monitoring airborne radiation, and are not testing fish for radiation. (Indeed, the EPA reacted to Fukushima by raising “acceptable” radiation levels.)

The failure of the American, Canadian and other governments to test for and share results is making it difficult to hold an open scientific debate about what is happening.
Earlier this year, the acting EPA director signed a revised version of the EPA’s Protective Action Guide for radiological incidents, which radically relaxing the safety guidelines agencies follow in the wake of a nuclear-reactor meltdown or other unexpected release of radiation.  EPA whistleblowers called it “a public health policy only Dr. Strangelove could embrace.”
As we noted right after Fukushima happened, this is standard operating procedure for government these days:


When the economy imploded in 2008, how did the government respond?

Did it crack down on fraud? Force bankrupt companies to admit that their speculative gambling with our money had failed? Rein in the funny business?

The government just helped cover up how bad things were, used claims of national security to keep everything in the dark, and changed basic rules and definitions to allow the game to continue. See this, this, this and this.
When BP – through criminal negligence – blew out the Deepwater Horizon oil well, the government helped cover it up (the cover up is ongoing).

The government also changed the testing standards for seafood to pretend that higher levels of toxic PAHs in our food was business-as-usual.

So now that Japan is suffering the worst nuclear accident since Chernobyl – if not of all time – is the government riding to the rescue to help fix the problem, or at least to provide accurate information to its citizens so they can make informed decisions?

The EPA is closing ranks with the nuclear power industry ….

Indeed, some government scientists and media shills are now “reexamining” old studies that show that radioactive substances like plutonium cause cancer to argue that they help prevent cancer.

It is not just bubbleheads like Ann Coulter saying this. Government scientists from the Pacific Northwest National Laboratories and pro-nuclear hacks like Lawrence Solomon are saying this. [Update.]

In other words, this is a concerted propaganda campaign to cover up the severity of a major nuclear accident by raising acceptable levels of radiation and saying that a little radiation is good for us.
Any time the results of bad government policy is revealed, the government just covers it up rather than changing the policy.