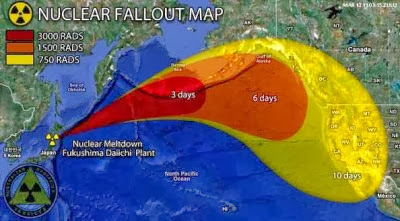 A new study of the effects of tiny quantities of radioactive fallout from Fukushima on the health of babies born in California shows a significant excess of hypothyroidism caused by the radioactive contamination travelling 5,000 miles across the Pacific. The article will be published next week in the peer-reviewed journal Open Journal of Pediatrics. Congenital hypothyroidism is a rare but serious condition normally affecting about one child in 2,000, and one that demands clinical intervention – the growth of children suffering from the condition is affected if they are left untreated. All babies born in California are monitored at birth for Thyroid Stimulating Hormone (TSH) levels in blood, since high levels indicate hypothyroidism.

Chris Busby is the Scientific Secretary of the European Committee on Radiation Risk. For details and current CV see www.chrisbusbyexposed.org.
Posted by seemorerocks at 10:46