Indonesia ordered the evacuation of 15,000 residents near an active volcano in the west of the vast archipelago on Sunday as authorities raised the alert for the emergency to the highest level. ‪http://feeds.reuters.com/~r/Reuters/w...

November 24, 2013 – INDONESIA – Indonesian authorities raised the alert status for one of the country’s most active volcanoes to the highest level Sunday after the mountain repeatedly sent hot clouds of gas down its slope following a series of eruptions in recent days. Mount Sinabung in North Sumatra province unleashed fresh volcanic ash and gravel as high as 5,000 meters (16,400 feet) and searing gas down its slope up to 2 kilometers (1.2 miles), said a government volcanologist, Surono, who like many Indonesians uses one name. The 2,600-meter (8,530-foot) -high mountain has sporadically erupted since September after being dormant for three years. “We are in a situation of high alert due to the danger of searing gas,” Surono said, adding that authorities had urged people to stay at least 5 kilometers (3 miles) away from the crater. About 12,300 evacuees from eight villages around the mountain were packed Sunday in crowded government camps away from the fiery crater, while more than 6,000 others fled earlier to temporary shelters in 16 safe locations, said National Disaster Mitigation spokesman Sutopo Purwo Nugroho. Transportation Ministry spokesman Bambang Ervan said airlines had been notified to avoid routes near the mountain. The volcano’s last eruption, in August 2010, killed two people and forced 30,000 others to flee. It caught many scientists off guard because it had been quiet for four centuries. Mount Sinabung is among around 129 active volcanoes in Indonesia, which is prone to seismic upheaval due to its location on the Pacific “Ring of Fire,” an arc of volcanoes and fault lines encircling the Pacific Basin. 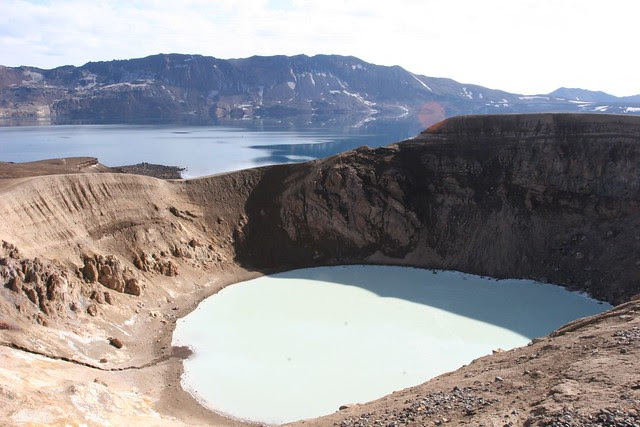 November 23, 2013 – ICELAND – A small swarm of earthquakes has occurred today under the eastern caldera rim. Another minor swarm took place yesterday under Þórðarhyrna volcano 20 km to the NE. The volcano last erupted in 1961. –Volcano Discovery 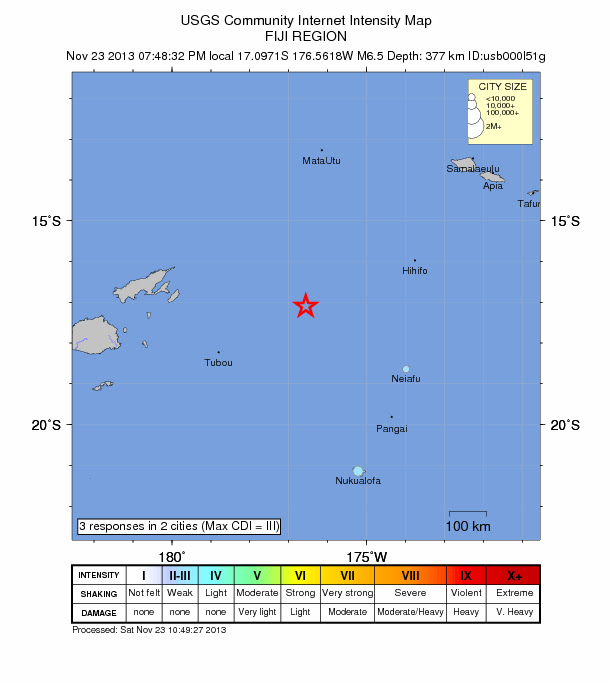 November 23, 2013 – FIJI - The U.S. Geological Survey reports an earthquake with a preliminary magnitude of 6.5 has been recorded in the south Pacific. The agency’s National Earthquake Information Center said the tremor was at 0748 GMT Saturday. It was centered 322 kilometers (199 miles) west-northwest of Neiafu, Tonga, and 438 kilometers (271 miles) east of Lambasa, Fiji. There were no immediate reports of any damage. The Pacific Tsunami Warning Center did not issue a warning, explaining that the quake was centered too far underground. This is the sixth 6.0+ magnitude earthquake to strike the planet in the month of November. -TEP

Posted by seemorerocks at 15:28