This is the latest update from Margo


I'm sure that readers of this blog understand this, perhaps leaving only those who do not WANT to understand.

This is what most people point to when they claim that a blue sea event is impossible (or unlikely). 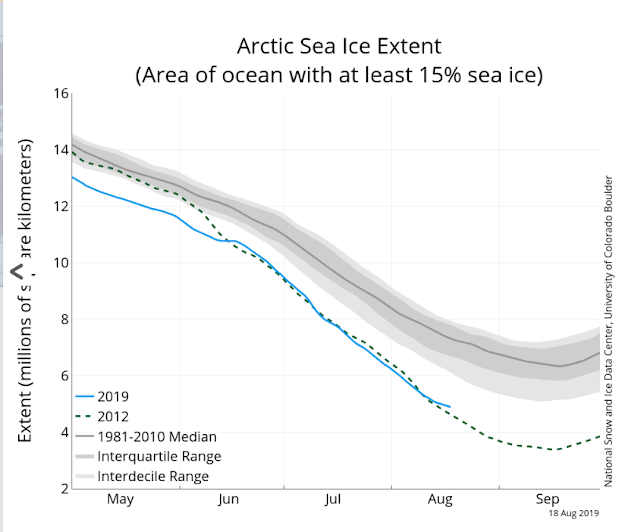 What folk misunderstand is that although the sea ice extent is tying with the 2012 melt year conditions are COMPLETELY DIFFERENT.

Note, the above defines sea ice extent as the "area of ocean with at least 15 per cent ice.

What that means is you could have ice that is 6 inches thick and it is defined as "sea ice extent".

This is far - removed from 2012 when there was plenty of ice that was several meters thick.

When the ice is in such a condition the sea ice extent data can go up and down like a yo-yo but this is not really a predictor of what might happen.

Have a look at the data below from the US Navy site.

There are now NO areas where the sea ice concentration is at 100%- and it has changed quickly, as shown by the .gif.

Particularly alarming, the following shows that ice in the Central Arctic Basin is between 0.5 and 1 metre thick and the tiny area of thicker ice, north of Greenland is only 2 meters thick. Now, that old ice has completely disappeared. 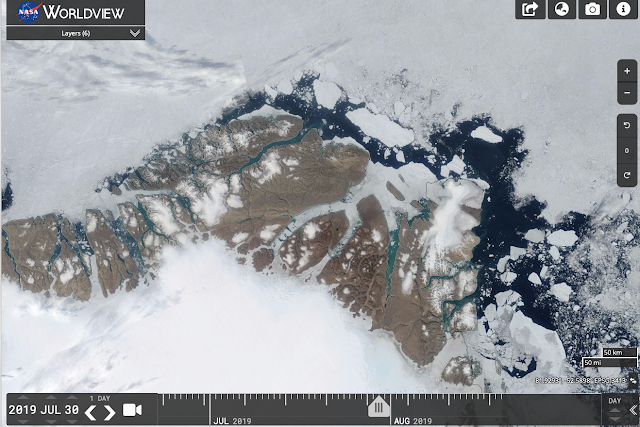 Here you can see the rapid changes over 30 days.

Notice the area of very thin ice close to the North Pole.

And another source of data on ice concentration 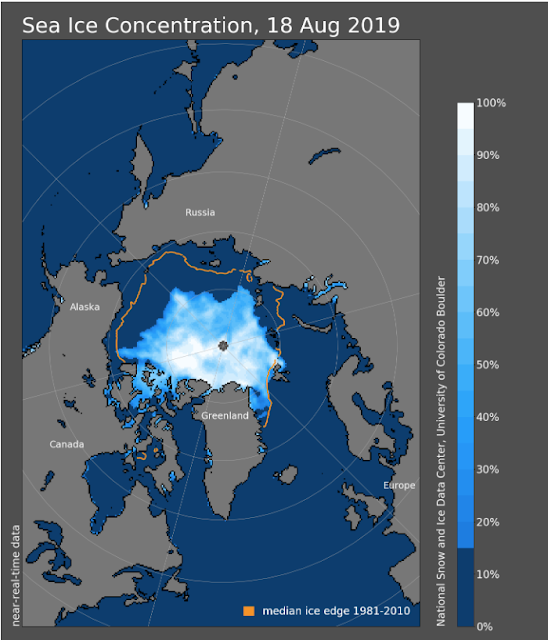 It is difficult to say in these conditions what might transpire during the remaining weeks of sunlight (and beyond)  but those people who are claiming to know whether there might be a BOE or not do not know what they are talking about.

Finally, this video from CNN is in equal parts information and propaganda.  What it does (while completely overlooking sea ice because it has a far more short-term effect on the climate than the Greenland ice sheet.

They are correctly panicking over the rapid rate of melt which could happen over a lifetime while they ignore a phenomenon that could bring very rapid changes (as in months and years, not decades).  That does not fit into their narrative (see the second half of the video).

They do, however, acknowledge, perhaps for the first time, the role of the much warmer waters in melting ice far more rapidly than the mainstream ever contemplated.