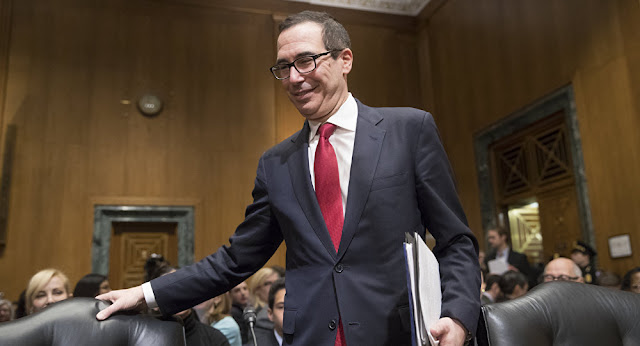 WASHINGTON (Sputnik) - US President Donald Trump may be entitled to order US companies to leave China if a national emergency is declared, US Treasury Secretary Steven Mnuchin said Sunday.
Earlier in the week, Trump said on Twitter he was "ordering" US companies to start looking for alternatives to China, urging them to relocate production to the United States.
"He has not yet declared a national emergency. He could declare a national emergency. ... He does have those authorities, and if for whatever reason he decides to do that in the future to use those, we will clarify how exactly he uses those," Mnuchin told journalists, commenting on Trump's tweet and the possibility of such scenario.
Explaining the president's tweet, Mnuchin suggested that he had in mind his desire to guarantee that in a protracted trade war, US companies would not run into problems and would quietly leave China.

He noted that Trump is successfully using his authority in resolving certain issues with Mexico, for example, the construction of a border wall to combat the penetration of illegal migrants into the United States. To start the construction, Trump declared a national emergency, which allowed him to get the necessary funding bypassing Congress.
Posted by seemorerocks at 16:05