Leftists say "chop off her head!" 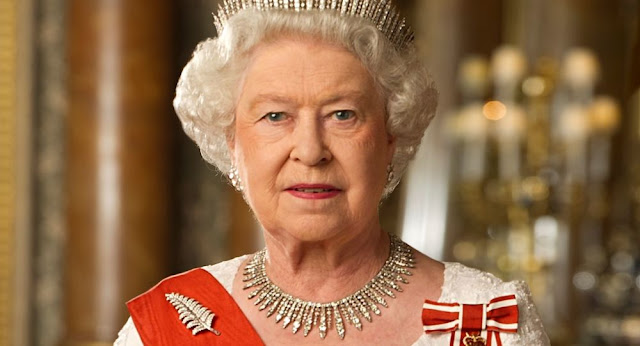 The Queen has granted a request by Boris Johnson’s government to prorogue Parliament, sparking anger among Remainers. Commons leader Jacob Rees-Mogg has described the outrage as "phoney" and said the move was "constitutional and proper."
A Remainer group which is reportedly backed by Hungarian  billionaire George Soros hinted darkly at the fate of the monarch in a tweet which many have perceived as being a reference to the English Civil War.
King Charles I was beheaded in 1649 after he took on MPs in an attempt to assert the monarchy’s supremacy over Parliament.
The Best for Britain group, which has 47,000 followers on Twitter, seemed to suggest Queen Elizabeth II could suffer a similar fate after agreeing to suspend Parliament for a month between mid-September and 14 October.
Mr Johnson has pointed out the current parliamentary session, at 340 days, is the longest running for almost 400 years and he says it needs to be suspended so a fresh legislative programme can be introduced in the Queen’s Speech on 14 October.
​Best for Britain, which is believed to be backed by Mr Soros, said it would “make no sense for the Queen to back this deeply undemocratic, unconstitutional and fundamentally political manoeuvre from the government.”
“If the Queen is asked to help, she would do well to remember history doesn’t look too kindly on royals who aid and abet the suspension of democracy,” the anti-Brexit group tweeted.
​Sputnik was not able to verify the allegations of the group's connections to George Soros.
The Queen is the head of state in the United Kingdom but she is a constitutional monarch and no ruler in contemporary history has refused to a request from an elected government.
Remainers have pointed out Boris Johnson was only elected prime minister by Conservative Party members and claim he has no democratic mandate.
Posted by seemorerocks at 18:12