From last night.  It wasn't an invasion, obviously 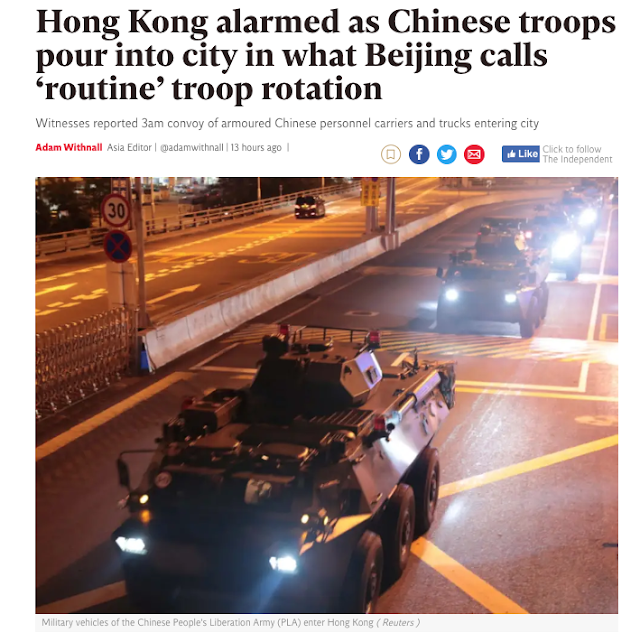 MESSAGE OF WARNING TO

Meanwhile, Police Have Banned A Planned Protest On Anniversary Of Law That Curtailed Voting Rights. 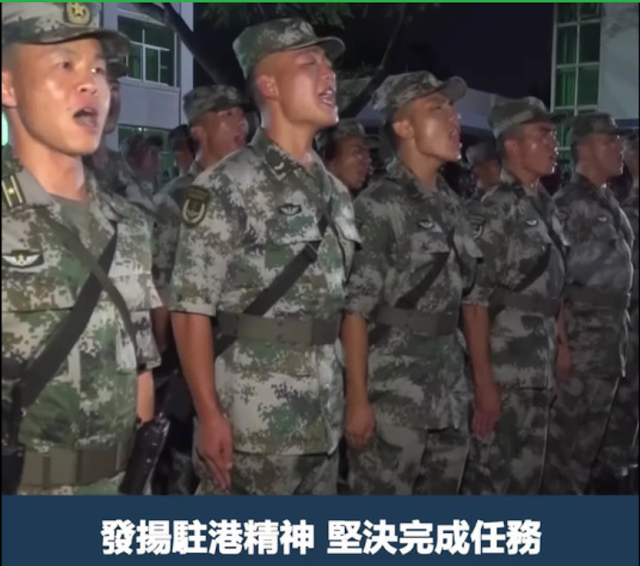 China’s military is vowing to make “new” contributions to Hong Kong’s stability, according to the state-run Xinhua news agency.

The report came as troops arrived in the city during the early-morning hours in armored vehicles at the city’s People’s Liberation Army garrison. Mainland CCTV released a video of the “regular annual troop rotation” in what many analysts noted was a departure from regular procedure.

Click here to see the full video (which is in Mandarin): https://tinyurl.com/y5svzwsn

“The Hong Kong Garrison of the Chinese People’s Liberation Army on Thursday morning completed the 22nd rotation since it began garrisoning Hong Kong in 1997. Approved by the Central Military Commission, the move is a normal routine annual rotation in line with the Law of the People’s Republic of China on Garrisoning the Hong Kong Special Administrative Region.

“The new personnel arrived at the garrison barracks via land, sea and air. The fresh members have been trained and carried out studies to master military skills and knowledge about the general situation in Hong Kong and relevant laws.

“The garrison pledges to resolutely follow the command of the Communist Party of China Central Committee and the Central Military Commission, firmly implement the ‘one country, two systems’ principle, the Basic Law of the HKSAR and the Law of the People’s Republic of China on Garrisoning the HKSAR, resolutely safeguard national sovereignty, security and development interests, effectively perform the defense duty in Hong Kong and make new and greater contributions in maintaining the prosperity and stability of Hong Kong.”

Following this latest development, the Hong Kong Police Force has announced that it has banned a planned demonstration scheduled for Saturday. Hong Kong Island Regional Commander Kwok Pak-chung said the decision was made following a “risk assessment”:

“From our reliable intelligence, we reasonably believe that certain protesters will commit acts of violence during the gathering. Although a protest held by the same organizer was generally peaceful on Aug. 18, we have noticed a lot of online comments to propagate the use of extreme violence in the coming protest. Some netizens event went to the extreme of promoting deadly violence.”

Kwok said “radical protesters” have “turned their extreme ideas into reality in the past,” leading police to believe violent protesters would “hijack” an otherwise peaceful demonstration. Noting his force is “duty-bound to preserve public peace and protect life and property,” he said the decision had nothing to do with silencing dissent and everything to do with public safety.

The banned protest would’ve marked the seventh anniversary of a law that curtailed voting rights in the city. Some analysts say they believe the police’s move will trigger even more chaos and turmoil. But lawmakers in Hong Kong are weighing additional moves, such as legislation aimed at banning people from wearing masks in public.

This is the latest, as of a couple of hours ago

Summary: At least three of Hong Kong's pro-democracy protest leaders have been arrested tonight: Joshua Wong, Andy Chan, and Agnes Chow.
CNBC's Eunice Yoon notes that the arrests are being described on Chinese media as a crackdown on "the activists who create chaos in Hong Kong."
*  *  *
Update (2205ET):  Hong Kong pro-democracy activist Agnes Chow has been arrested, according to her Demosisto party colleague Jeffrey Ngo. 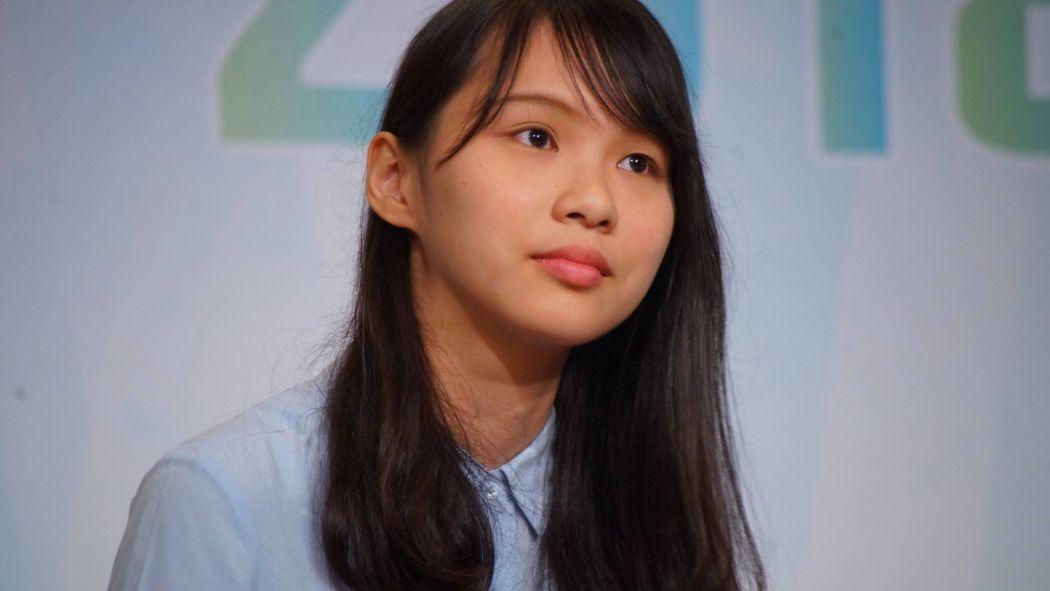 Chow was arrested at her home in Tai Po on Friday morning.
*  *  *
Update (2145ET): Just minutes after the arrest of Joshua Wong (as we detailed below), Andy Chan, the leader of the banned pro-independence Hong Kong National Party, has reportedly been detained whilst trying to board a flight to Japan. 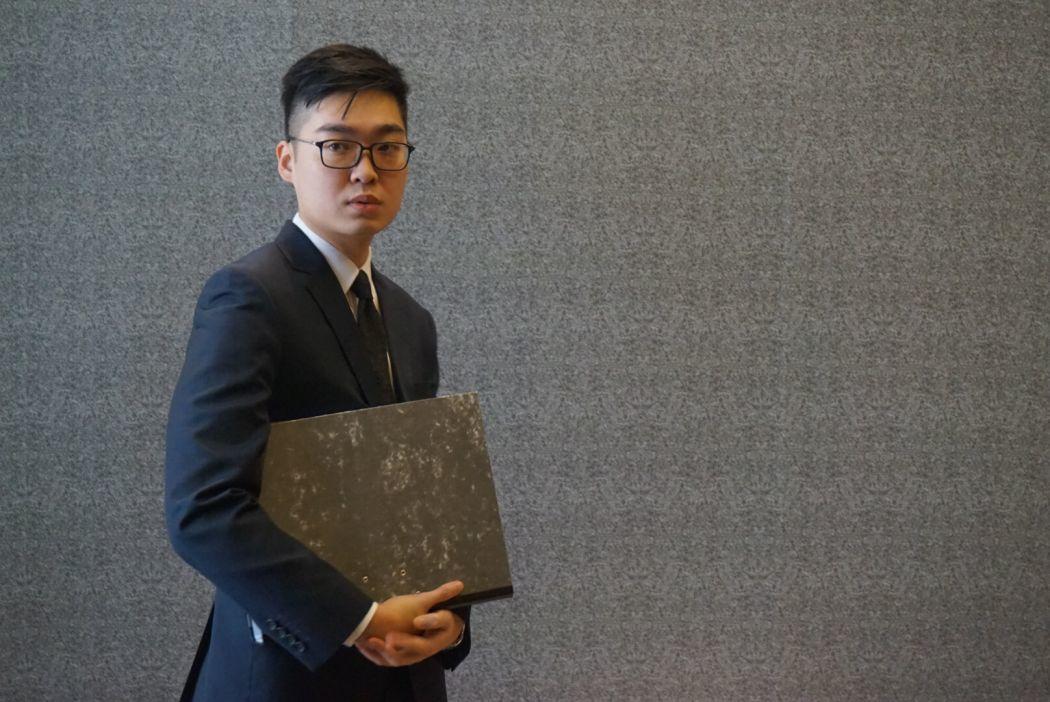 A police spokesperson told HKFP that Chan was arrested on suspicion of rioting and assaulting a police officer. The Organized Crime And Triad Bureau are investigating.
*  *  *
As we detailed earlier, pro-democracy activist Joshua Wong has been arrested ahead of this weekend's planned protests throughout the city, according to the Hong Kong Free Press. 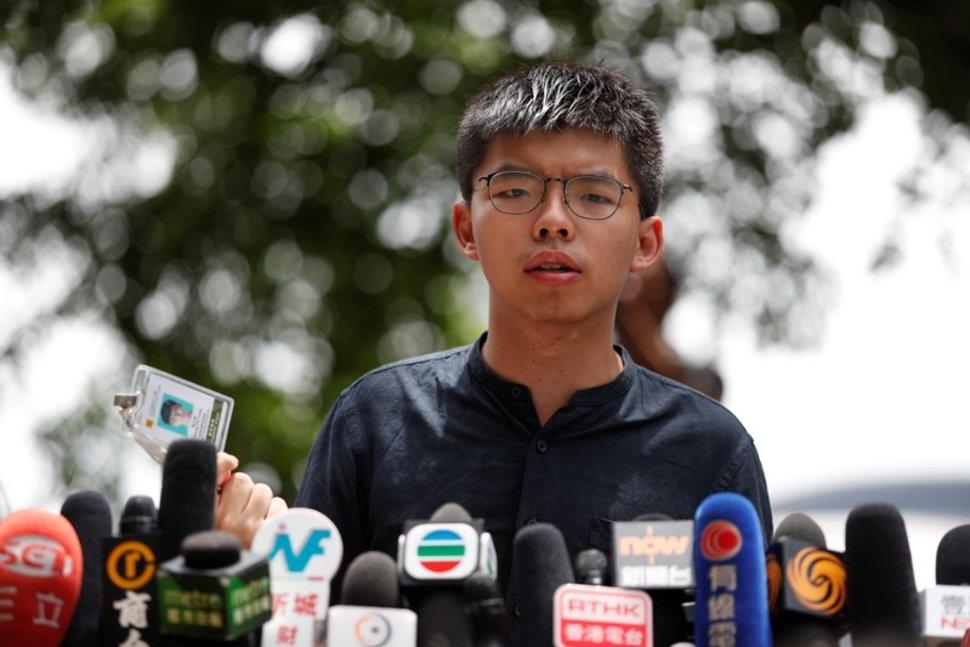 According to his colleague, Nathan Law, Wong was forced into a private vehicle at 7:30 a.m. on the street and escorted to the Wan Chai police headquarters. According to Law, Wong is being held on three yet-unknown charges, and is being represented by attorneys.

BREAKING: Our secretary-general @joshuawongcf was just arrested this morning at roughly 7:30, when he was walking to the South Horizons MTR station. He was forcefully pushed into a private minivan on the street in broad daylight. Our lawyers following the case now.

The arrest of Wong - who was released from prison on June 17 after serving a five-week sentence related to the 2014 pro-democracy Umbrella Movement - comes hours after pro-independence leader Andy Chan was arrested at the airport.
Wong was the face of those 2014 protests which paralyzed parts of Hong Kong for 79 days. 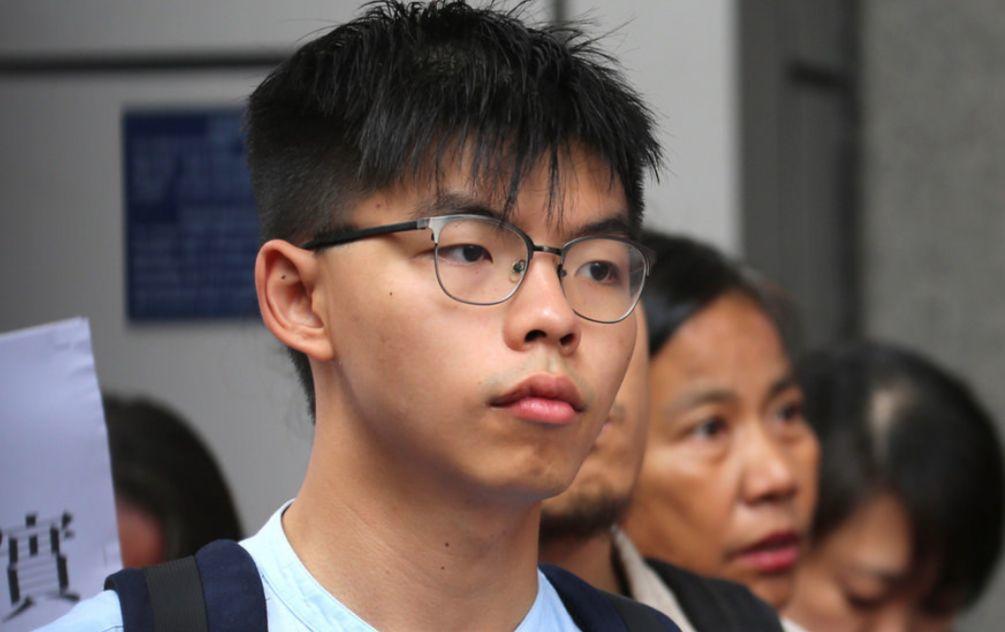 The Hong Kong protests began in mid-June in response to a controversial extradition bill that would have allowed China to transport suspects to the mainland for trial in Communist Party-controlled courts, according to US News.
Much like the Yellow Vest movement in France, the initial grievance has evolved into a broad anti-government movement every weekend since it began. In early June, 1.3 million residents took to the streets.
While the protests have been largely peaceful, each weekend has been marked with clashes between a more violent subset of protesters and Hong Kong riot police - who have deployed tear gas, batons, water canons and other crowd-control measures.
Beijing's patience, meanwhile, may be running out - as Chinese troops and armored trucks were seen entering Hong Kong in the "wee hours of Thursday" under the pretext of a "planned garrison rotation."

The #HongKong Garrison of the Chinese People's Liberation Army conducted the 22nd rotation of its members in the wee hours of Thursday since it began garrisoning Hong Kong in 1997. 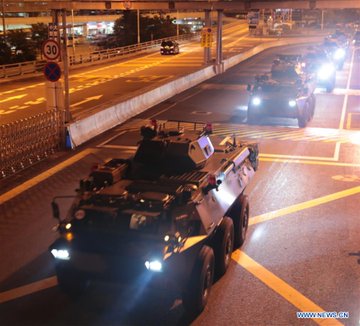 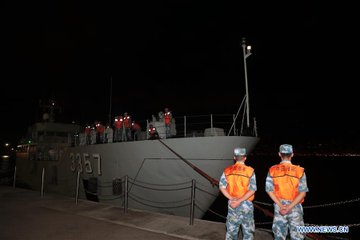 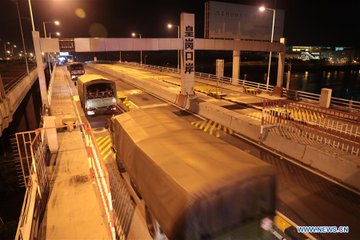 Needless to say, it will be interesting to see how this weekend's protests go now that key organizers have been arrested and the threat of direct - and possibly deadly Chinese intervention looms.

Hong Kong pro-democracy activists Joshua Wong and Agnes Chow were arrested on Friday for their involvement in an unlawful assembly, police have announced.

Wong was arrested on three charges of organising, inciting and taking part in an illegal assembly during the besieging of the Wan Chai police headquarters on June 21, while Chow was detained on charges of inciting and taking part in the same illegal assembly.
Police also arrested independence campaigner Andy Chan on Thursday night on suspicion of rioting and assaulting a police officer during the Sheung Shui anti-parallel traders protest. He was stopped from boarding a plane leaving for Tokyo at Hong Kong airport.
Wong and Chow were key figures during the Occupy protests of 2014 while Chan, also an Occupy activist, led the banned Hong Kong National Party. Their arrests come on the eve of a proposed mass protest that has been banned by police.

Is Hong Kong on the brink of declaring emergency rule to deal with anti-government protesters? 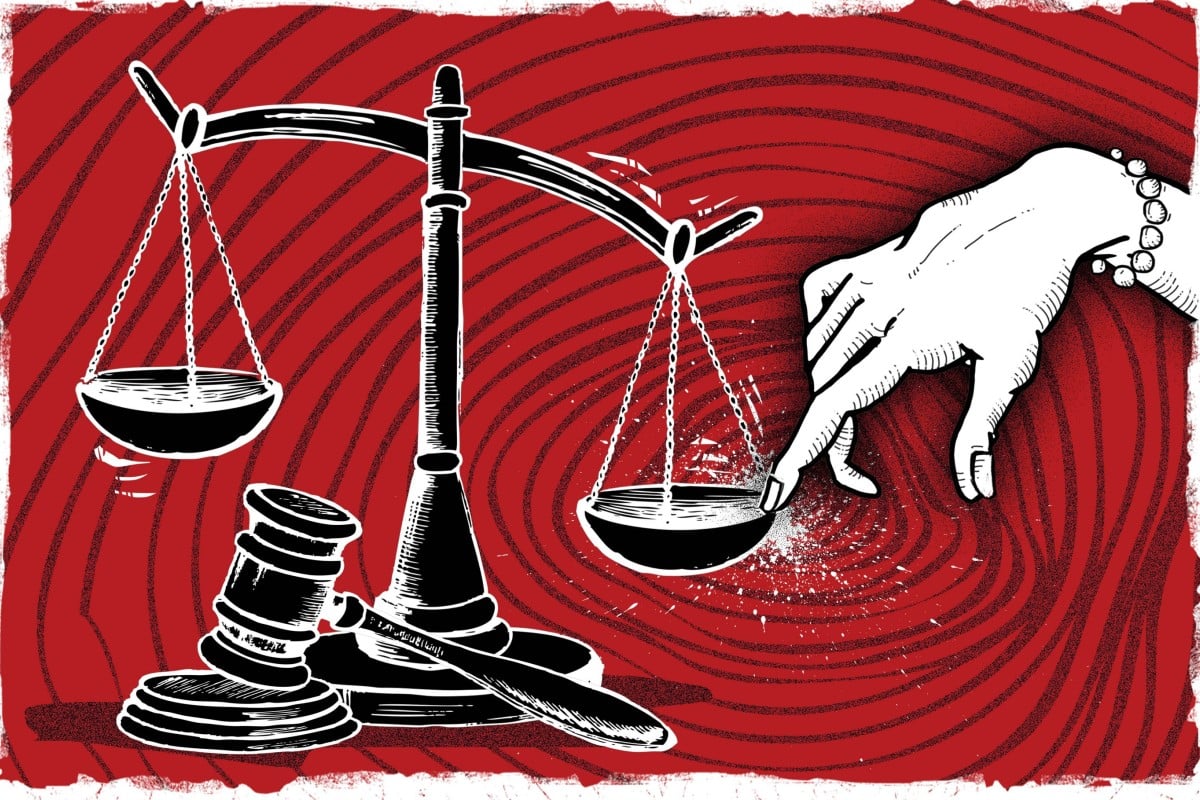 “The government reacted in a heavy-handed manner … completely misread the situation and misunderstood the nature of the strike. This provoked the union to call for a general strike in Hong Kong, backing it up with intimidation.”

The above paragraph sounds like a commentary on recent events relating to the anti-government protests that have now roiled Hong Kong for almost three months.
It is not. The text, from A Modern History of Hong Kong, was recounting the social turmoil of 1922 that prompted the British colonial government to put into law the sweeping Emergency Regulations Ordinance. The bill was pushed through in one day in February that year.
Fast-forward to the political crisis engulfing Hong Kong and this old draconian law that grants the government the power to control everything from the media to workers to infrastructure is being dusted off the shelves for a fresh look at its efficacy.
https://www.scmp.com/news/hong-kong/politics/article/3024980/hong-kong-brink-declaring-emergency-rule-deal-anti