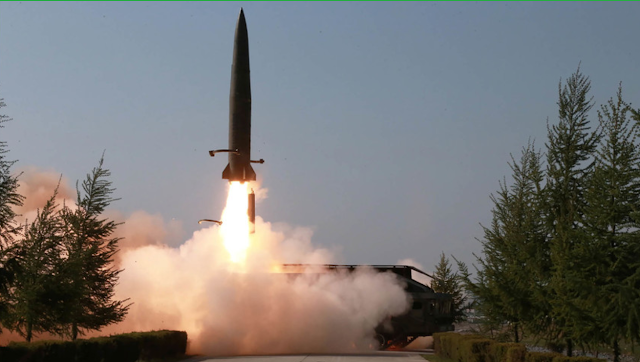 Japan’s defense leaders are warning that North Korea has achieved miniaturization of its nuclear weapons, and can now fit one atop “any” of its ballistic missiles.

The assessment will be part of the Japanese government’s annual national defense white paper, which is set for final approval in mid-September. The U.S. and South Korea have each made similar assessments about the North’s nuclear capabilities, with the South’s intelligence apparatus assessing that work to miniaturize nuclear weapons continued even after the Singapore summit between Chairman Kim Jong-un and President Donald Trump last year.

“There can be no constructive dialogue while confrontation is fueled. We have to develop, test, and deploy powerful physical means essential for national defense.”

Meanwhile, the International Atomic Energy Agency’s annual report for 2018 declares North Korea was continuing its nuclear activities well into the year. This is in “clear violation” of UN Security Council resolutions, the report notes, stating this is “deeply regrettable.”

These new reports also come alongside a separate analysis that found a North Korean uranium mine is leaking “radioactive material” into a nearby river. U.S.-based researcher Jacob Bogle says the leak can be detected in satellite images dating back more than 15 years, potentially contaminating 400,000 people—increasing their risk of cancer and brain damage.

The U.S. special envoy for North Korea, Stephen Biegun, says Washington is ready to resume talks with North Korea aimed at halting its nuclear program. After meeting with his South Korean counterpart, he said:

“We are prepared to engage as soon as we hear from our counterparts in North Korea.”

The special envoy also noted that Chairman Kim Jong-un agreed to resume de-nuclearization talks during his impromptu meeting with President Trump at the DMZ on June 30th. He also dispelled rumors that he would be leaving his current post to become the new U.S. Ambassador to Russia.