Hong Kong protesters may be in for an electrifying experience after Chinese riot police were pictured training with 'terrifying giant fork devices' designed to subdue humans and pin them to the ground, according to the Mirror.
While unconfirmed, the 8-foot poles with U-shaped prongs are believed to be able to deliver an electric shock. 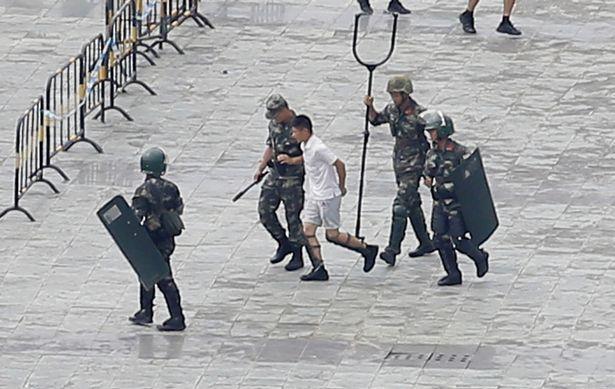 The protests, now in their 11th week, have been alternating between the streets, subways, and airports of Hong Kong. While largely peaceful, there is a growing contingent of activists using violence and property destruction to protest the government, resulting in police tear gassings and beatings. 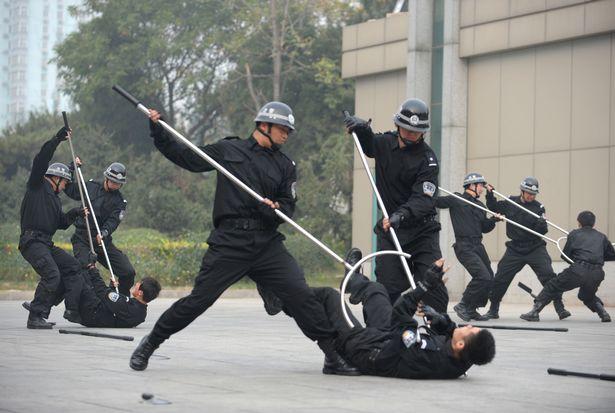 As we have been noting over the last week, satellite images confirmed President Trump's warning that Chinese troops were massing on the Hong Kong border.
And on Thursday, AFP published photos showing more military buildup unfolding in Shenzen. The photos revealed what Reuters reports are hundreds of members of the People's Armed Police, a pro-regime paramilitary organization, carrying out military exercises in a stadium in Shenzen. They could be preparing to carry out demonstrations of its own in Hong Kong. 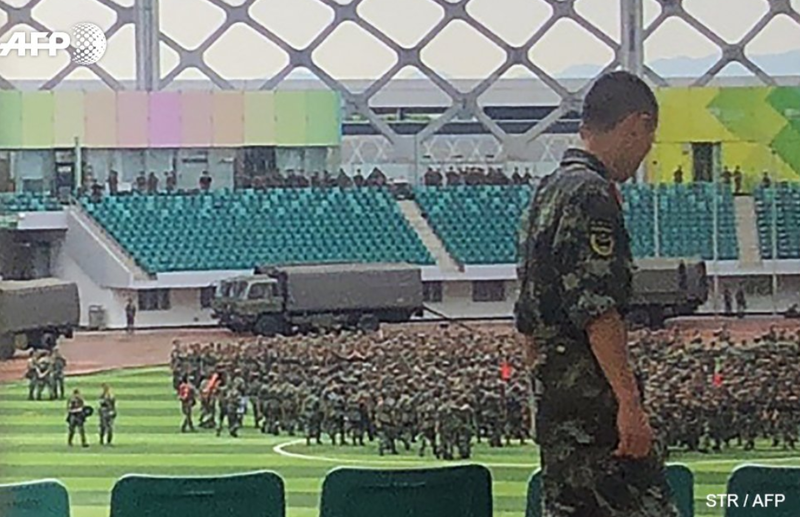 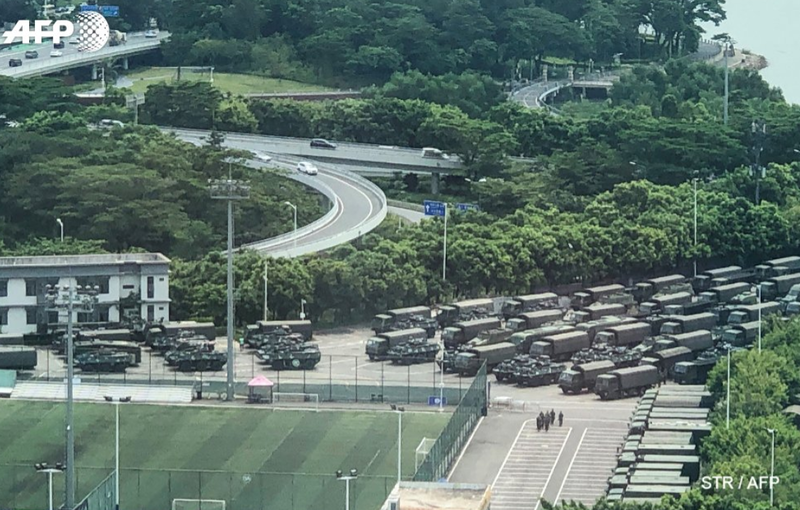 On Saturday, businesses shuttered their doors and windows in anticipation of more mayhem, however cloudy skies put an early damper on the demonstrations.

Saturday’s mostly peaceful protest suggested that it may - though thousands also attended a pro-police counter-rally, and a clearer picture is not likely to emerge until Sunday when a protest is scheduled that could draw tens of thousands.
“The government has been ignoring us for months. We have to keep demonstrating,” said CS Chan, a maths teacher at a rally of teachers, which police said up to 8,300 people had attended, in heavy rain. Organisers said 22,000 were present.
Demonstrators say they are fighting the erosion of the “one country, two systems” arrangement that has enshrined some autonomy for Hong Kong since China took it back from Britain in 1997. -Reuters

As the skies cleared up, protesters marched through Kowloon, whole pro-police demonstrators rallied in harbourside park across the bay. 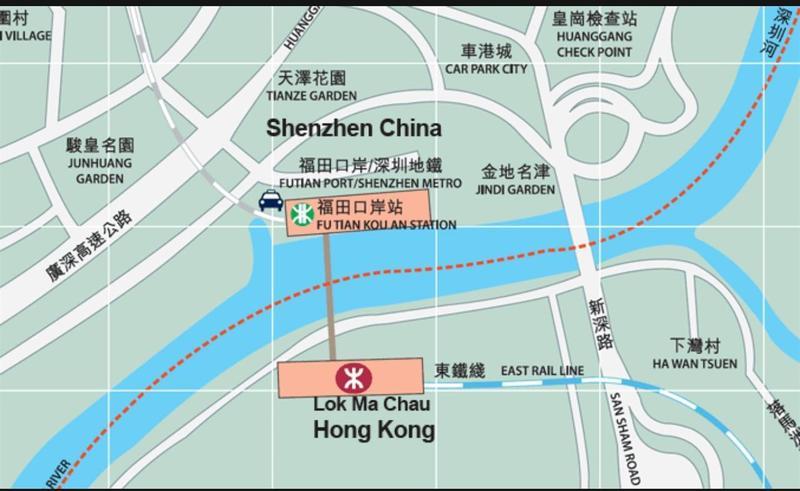