China and the world economy according to Bloomberg

If There’s a Recession, It Will Be Made in China
The country’s integration into the world economy drove three decades of growth. That’s over. 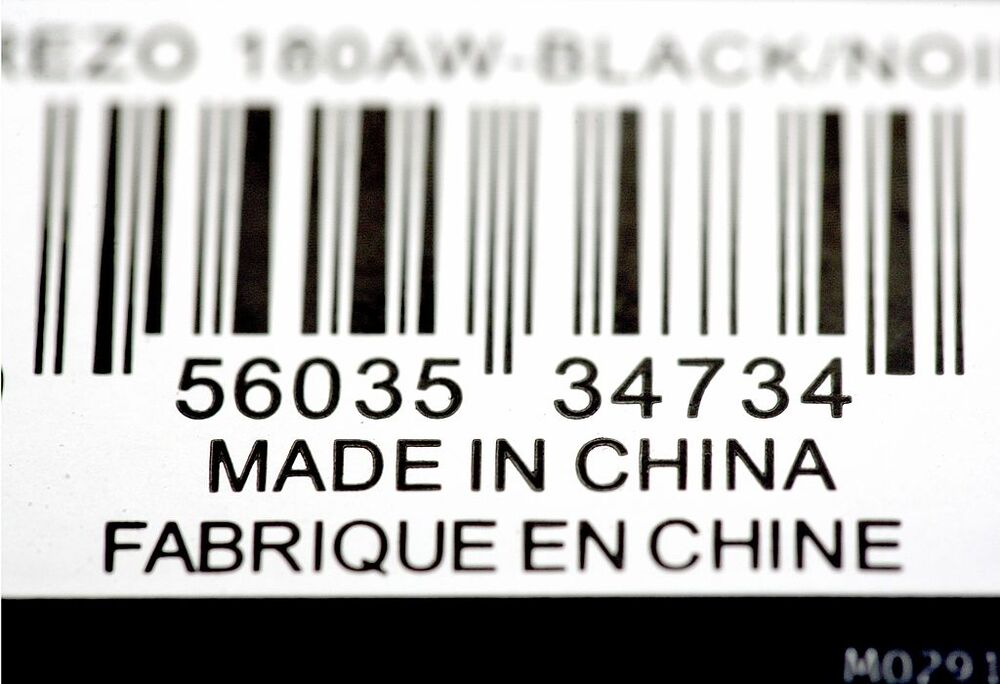 
It’s official -- the yield curve has now definitely inverted, meaning that one of the most reliable signals of an impending recession is now flashing warning signs. For a while, the inversion was only partial; some spreads between long-term and short-term bond yields fell below zero, but the spread between 10-year and 2-year Treasury bonds remained positive. That too dipped briefly into negative territory:


Loud But Not So Clear

Two of three different measures of the yield curve have inverted. 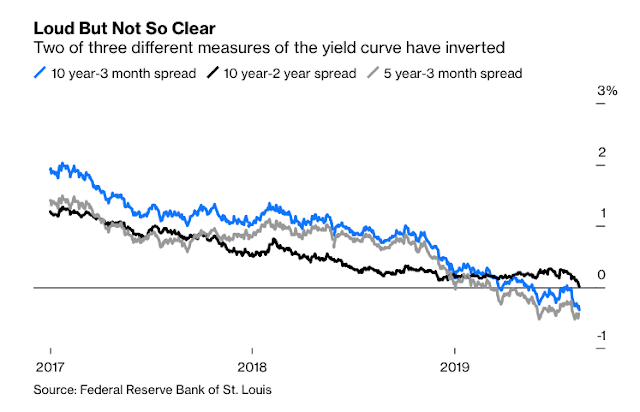 An inverted yield curve means that investors expect interest rates to fall, which typically happens in a contraction. It tends to take a while, though -- 12 to 18 months. That rule of thumb could mean a recession anywhere between March 2020 and February 2021. And it’s even possible that the yield curve could be giving a false signal. So although the yield curve inversion isn't good news, it’s no cause for panic. For now, U.S. economic data such as retail sales and jobless claims are holding up reasonably well.

Anyway, an inverted yield curve is just a signal -- it doesn’t cause recessions, any more than a rooster’s crow causes the sun to rise. Some argue that the inversion could be a self-fulfilling prophecy, inducing pessimism that leads companies to cut spending and thus causing a real downturn. But the surge of pessimism when the yield curve briefly inverted earlier this year failed to derail the economy, and it’s hard to see why this episode would be different.

If a recession happens, therefore, it probably will be the result of some shock. But what could that be? Paul Krugman has suggested the cause might be a smorgasbord of small factors -- the trade war, weakness in the housing market, the end of the demand boost from the tax cuts and so on. That’s certainly possible. But many of those factors are specific to the U.S. The bigger concern is that the global economy is looking even weaker than the U.S. China and Germany, two export powerhouses and major U.S. trade partners, are both slowing a lot: 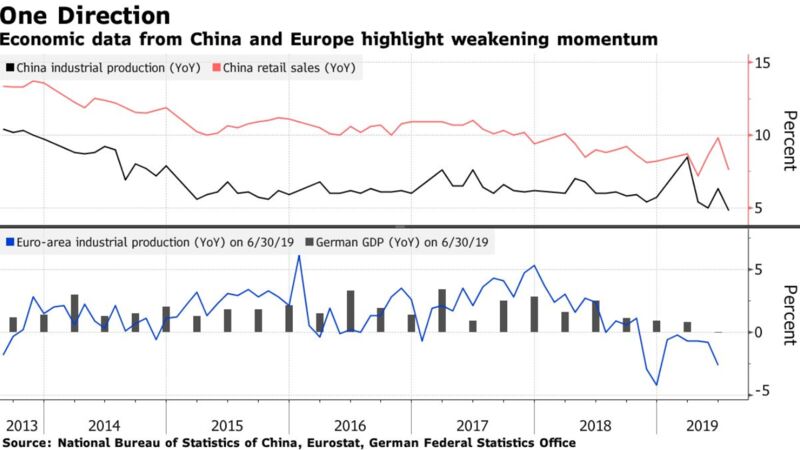 This suggests that a U.S. recession, if it comes, will be part of a world slowdown. Americans tend to think of their own markets and their own consumption as the driver of both booms and busts. That may not be true this time around.

Instead, any recession may be made in China. In recent years, China has contributed more to global growth than any other country, and it was projected to do the same in the years to come: 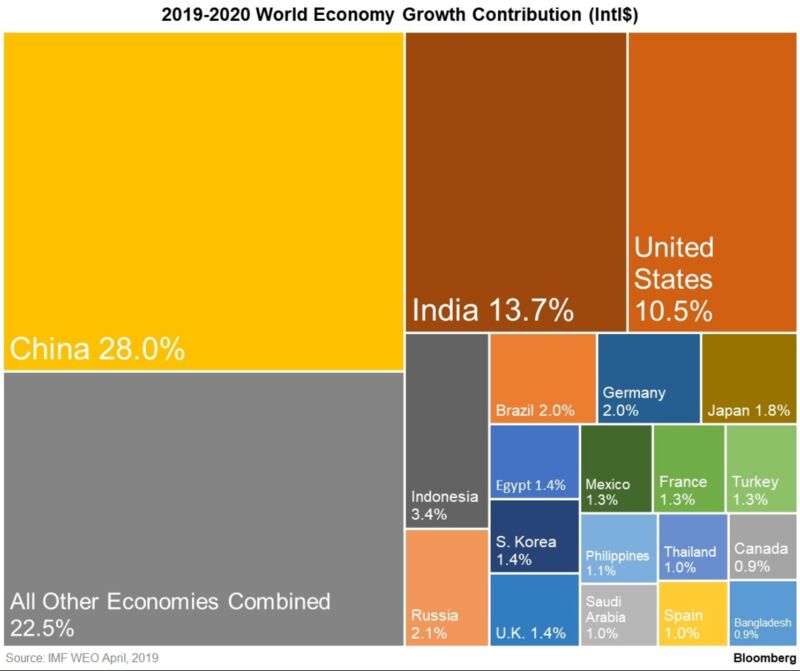 Thus when China sneezes, to modify an old saying, the world may now catch a cold. From 2010 to 2017, China contributed 31% of global consumption growth, and some companies have staked their futures on the promise of a billion Chinese consumers buying their products. A drop in Chinese purchases won’t just reduce sales for businesses in the U.S. and other rich countries -- it will cause multinationals to cut their investment plans.

There are several things threatening China’s growth. The most obvious is the trade war. The one-two punch of U.S. tariffs and restrictions on exports to Chinese technology companies appears to have made Chinese manufacturers more cautious about investing for the future:

But there are longer-term factors as well. In order to weather the Great Recession, China shifted its focus from export-oriented manufacturing to domestic real estate and infrastructure, and from private companies to state-owned enterprises. That probably caused productivity growth to slow. Meanwhile, China’s working-age population is now shrinking and its supply of surplus rural labor has dried up. Retooling its economy to produce less pollution and cut greenhouse emissions will slow growth as well, even if the long-term environmental effect is worth it. 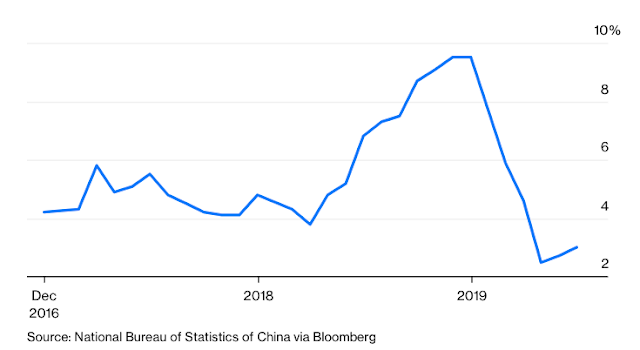 But it’s not just a Chinese recession that threatens the world economy. The trade war, along with looming geopolitical tensions between the great powers, are threatening to open a rift between China and the rest of the world economy. Tariffs have global manufacturers scrambling to move production from China to countries such as Vietnam and Bangladesh. Companies, both Chinese and otherwise, are being forced to decide whether to consolidate their supply chains inside China or go elsewhere.

This decoupling will probably be protracted, and costly. The past 30 years have seen the construction of a global trading system centered around a China-U.S. axis, and now that structure is breaking down. In addition to the cost of reorganizing supply chains and the economic inefficiency introduced by the separation, companies are facing deep uncertainty about where they will be able to source their inputs and sell their products.

So the inverting U.S. yield curve may be signaling the start of a recession that was long in the making, as the global expansion driven by the integration of a fast-growing China into the global economy comes to an end. This will combine with the direct impact of tariffs to inflict pain on the U.S. economy. But the fallout in the rest of the world, and especially in China, may be even more severe. Out of all the possible reason for why a downturn is on the way, this is the most concerning and the most plausible.