What about the wildfires in Angola and Congo? Who is reporting on them?

Why does it take a climate change denying site to point this out.

Of course, there is nothing "normal" about massive fires in the rainforest - unless you are 20 years old.

Look at the figures for Angola and Congo.

In Angola & Congo Than

Thanks to a concerted effort by American social media 'influencers', everybody and their grandmother is now aware of the fact that wildfires - many of which were allegedly started illegally by farmers seeking to clear out more land for farming or pasture - are tearing through the Amazon. 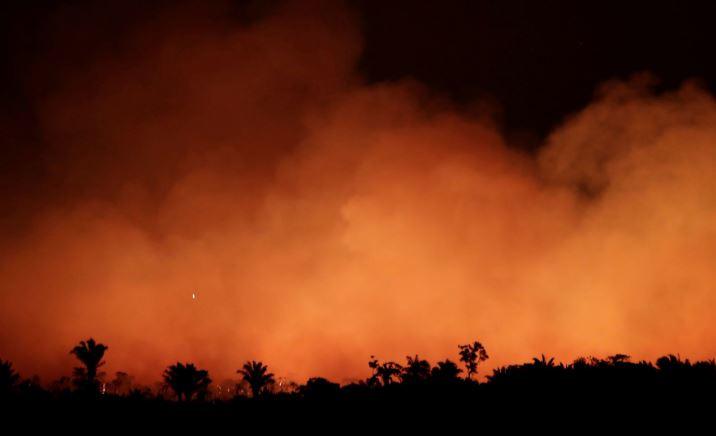 What many don't realize is that the wildfires in the 'lungs of the Earth' - as French President Emmanuel Macron described the Amazon - actually aren't that uncommon. In fact, they're a natural part of the rainforest's process of self-restoration. In total, this year, fires are up by 83% compared with last year.
And while the rest of the world uses the fires as an excuse to slam Brazilian President Jair Bolsonaro and his environmental policies (some have accused him of tacitly condoning the farmers who set the fires), Bloomberg reports that Brazil is actually third in the world in wildfires over the last 48 hours, citing data from the MODIS satellite analyzed by Weather Source. 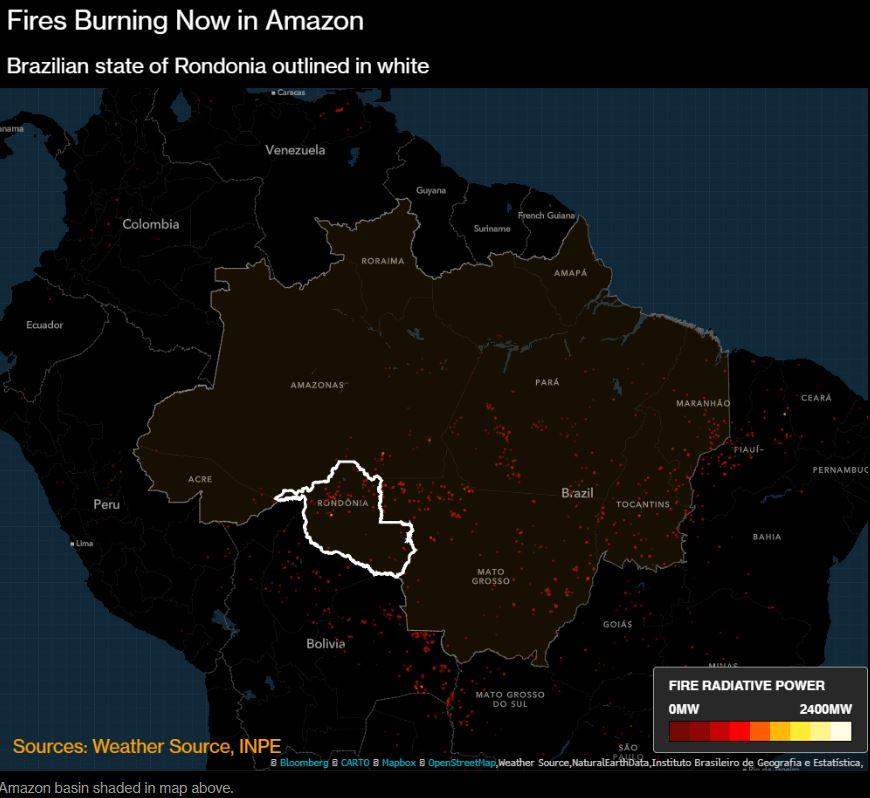 Weather Source recorded 6,902 fires in Angola over the past 48 hours, 3,395 in the Democratic Republic of Congo and 2,127 in Brazil.
Like in the Amazon and in California, wildfires aren't all that uncommon in Central Africa. 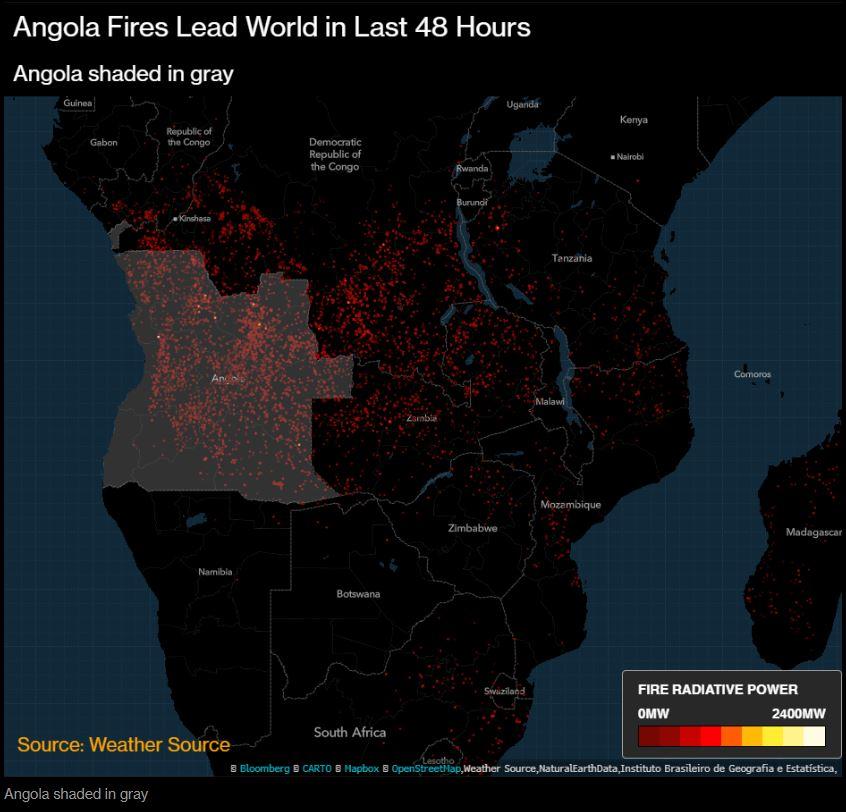 As for the total number of active wildfires, they're also nowhere near some of the highs recorded in recent years. According to NASA, more than 67,000 fires were reported in a one-week period in June last year, most of which were started by farmers.
Over the past two days, roughly 16,500 wildfires were recorded in the top 10 countries. 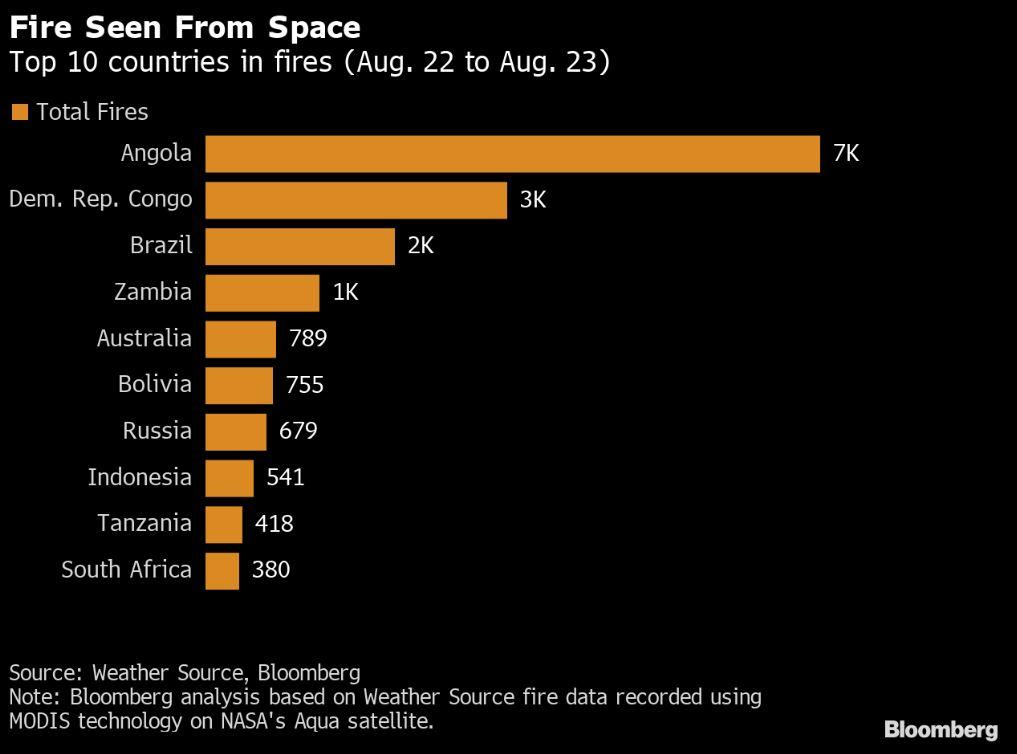 Actually, as far as wildfires go, 2019 isn't out of the ordinary in any meaningful sense. 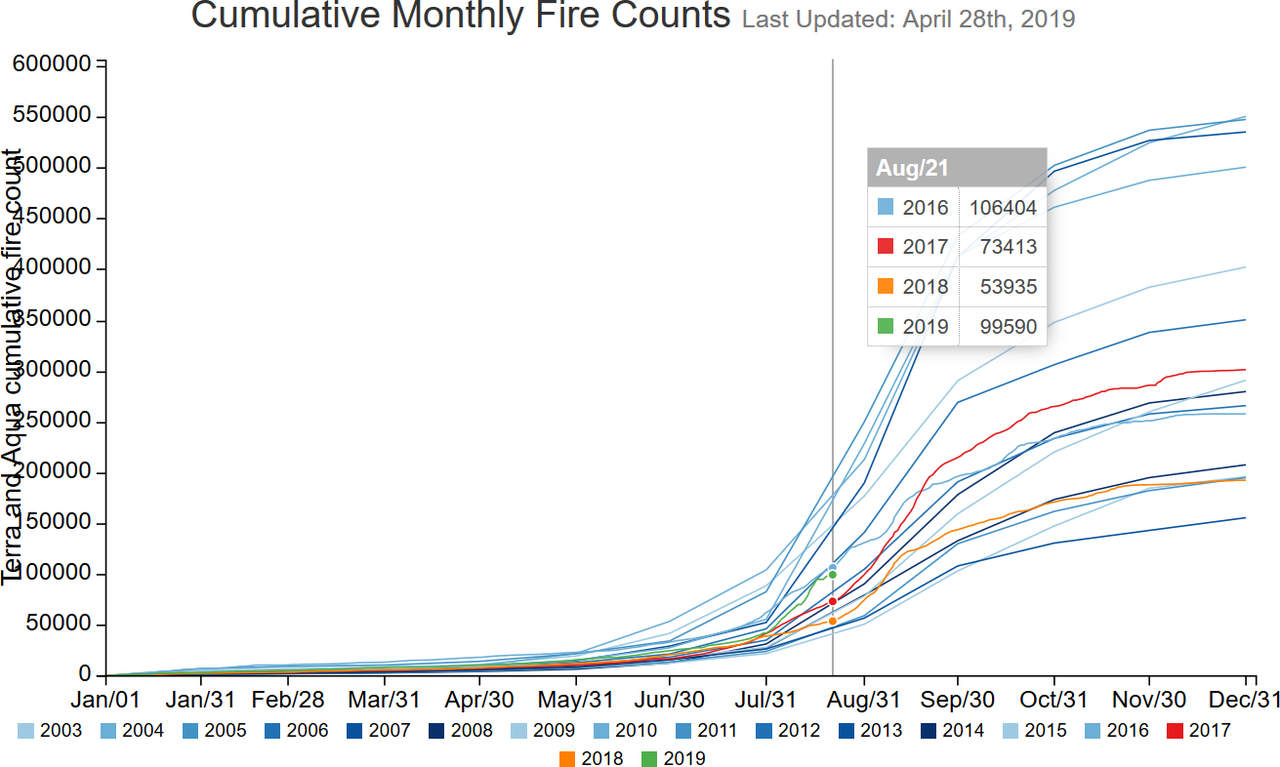 But we're sure the Instagram influencer set will soon clarify all of this in a series of sponsored posts putting the Amazon wildfires in context...right?
Posted by seemorerocks at 14:38