When is the sea ice melt minimum?

The sea ice minimum may be in October or November, not in September

A very small number of people have posted comments with (over)-confident assertions that there will be "no blue ocean event" this year based on the assertion of the same computer modellers that were 70 years out (three generations!) when it came to the melt in Greenland.

I have to agree with the person that tweeted this. 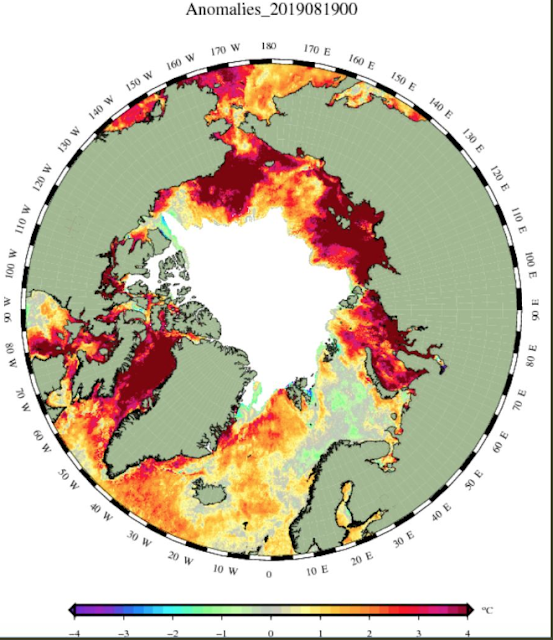 It is based on actual observations. Margo and I were watching this carefully and noted that the ice did not really start to refreeze until at least November.

The data and the satellite images do not lie.

The following is data for ice thickness and concentration for the latter half of October last year.

The ice was not exactly in a very healthy state. 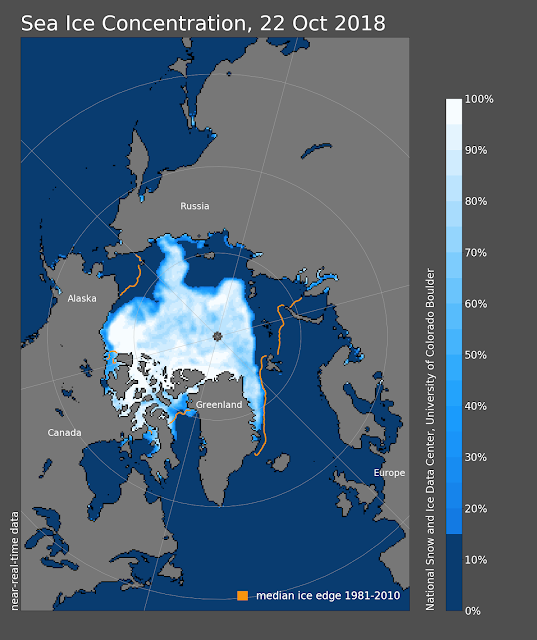 That is why I do not take too seriously assertions that the melt season stops in September on the day the sun starts to disappear.

I would say - be ready for anything in the next month or two.

As a postscript this came out from Zack Labe and shows late-summer sea ice extent for the last 1,500 years.

I have no idea how they calculate sea ice thickness from before the satellite era. 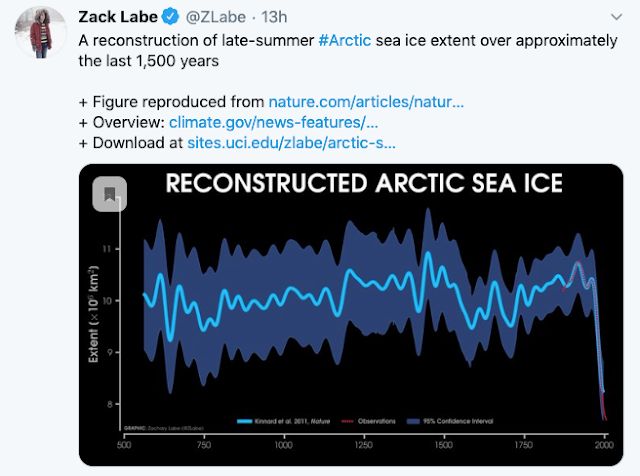