Trump promises not to put Trump Towers in Greenland 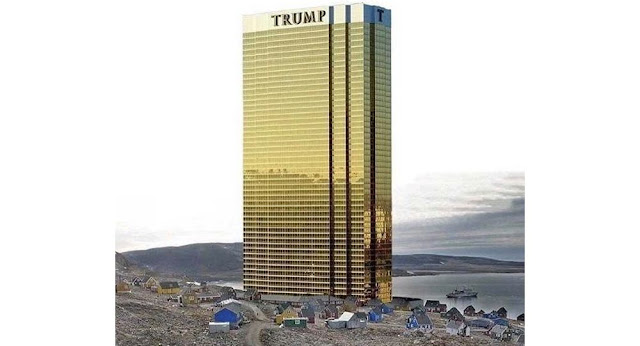 On 18 August, US President Donald Trump confirmed his interest in acquiring the world’s largest island, Greenland, clarifying, though that it was not a concern for the immediate future, with Denmark's Prime Minister Mette Frederiksen dismissing it as an “absurd discussion".

US President Donald Trump has tweeted a photoshopped picture of a huge gold Trump Tower in Greenland, with a blithe caption that says: “I promise not the do this to Greenland!” in a seeming reference to the media storm generated by his recently aired idea of purchasing the Arctic nation. 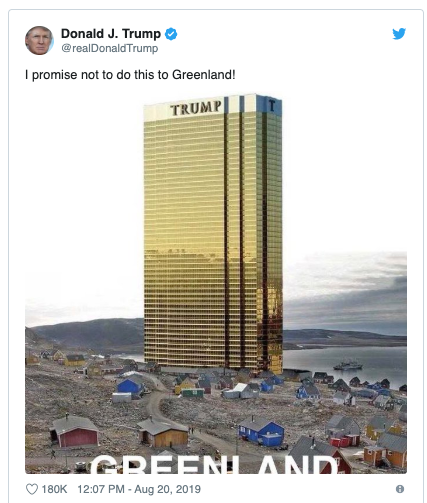 Trump posted the tweet after it became known he had conferred with senior US officials about the possibility of acquiring the island from Denmark, with The Wall Street Journal claiming the US president listened with interest when his advisers discussed Greenland’s resources and geopolitical importance.

According to the publication, while some staff supported the idea, others brushed it off as no more than a “fleeting fascination”.

On Sunday Trump confirmed to reporters that he had recently discussed the possibility of buying the island, though he said such a move was not an immediate priority.

“The concept came up and... strategically it's interesting. (Although) it is not number one on the burner - I can tell you that".

“It's an absurd discussion, and Kim Kielsen (Greenland's premier) has of course made it clear that Greenland is not for sale. That's where the conversation ends".

Trump is set to visit Denmark in early September with the trip said to be unrelated to his aired notion of purchasing the island.
With a population of 56,000, 80 percent of Greenland is covered in ice that is slowly melting. This gradually renders more mineral resources of the island increasingly accessible.

Greenland is an autonomous region within the Kingdom of Denmark. Since 1979, Denmark has been in charge of Greenland’s foreign affairs, military issues and constitutional matters, while Greenland decides its internal affairs. 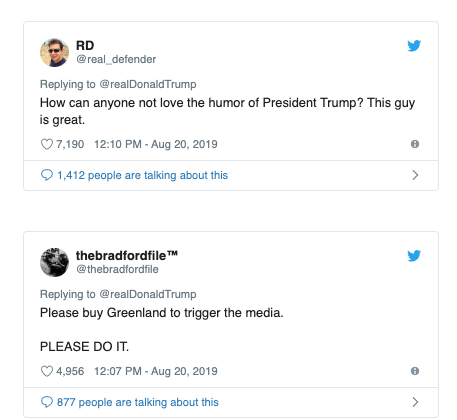 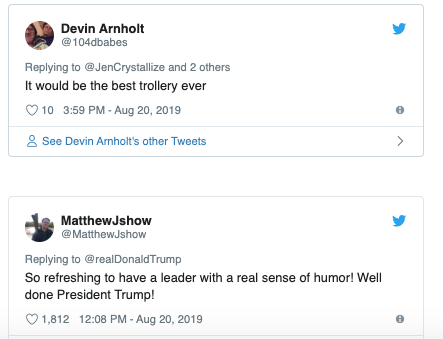 ​Some actually considered the idea of the US acquiring Greenland a good deal.

​Others speculated on the island's possible uses: 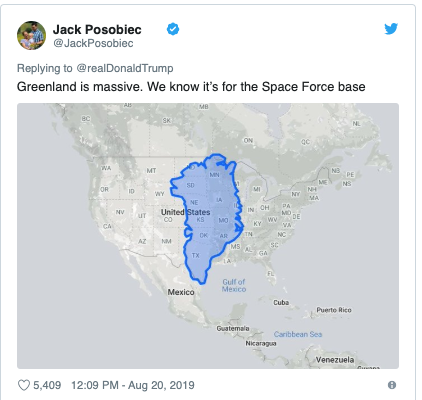 ​The idea of the US acquiring the island is not new, as back in 1946 US President Harry Truman attempted to buy Greenland for $100 million in gold. Denmark, however, rejected the offer.