Today on TRUNEWS we exclusively report that a man named David Starofsky had an RV and Jeep Liberty parked at the convicted pedophile Jeffrey Epstein’s New Mexico Zorro Ranch the day that he died. We also speak with Cibola County Sheriff Tony Mace about the potential of a local posse of law enforcement officers raiding the property and how residents can convene a citizen’s grand jury to hand down indictments against other high profile players in what appears to be the largest state-backed blackmail spy operation in modern history, spanning the better part of three decades, and entrapping the who’s who of international politics. 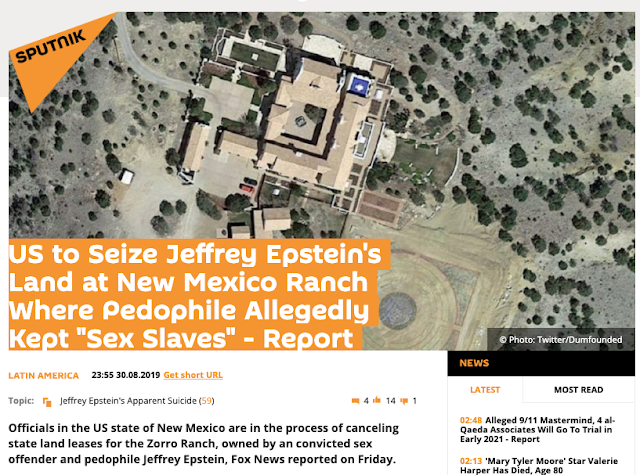 Officials in the US state of New Mexico are in the process of canceling state land leases for the Zorro Ranch, owned by an convicted sex offender and pedophile Jeffrey Epstein, Fox News reported on Friday.
According to the media report, New Mexico Attorney General Hector Balderas found that the deceased pedophile had improperly leased the land from the state.
"Having fully reviewed the referral from the State Land Commissioner in connection with my office’s investigation into criminal conduct related to Jeffrey Epstein in New Mexico, I am issuing a determination that the State Land Commissioner should immediately retake State trust lands and cancel leases that were improperly given to him [...] The original leases to Epstein appear to have no beneficial use justification to the State, but rather appear to simply have been taken by him to increase privacy and the landmass surrounding his estate. This sweetheart deal must be canceled and reassigned to a New Mexico ranching family", Hector Balderas said, cited by Fox News.
Several of Epstein’s alleged sex-slave victims have reported that they were assaulted at this particular ranch.
“The rising number of allegations from survivors saying they were trafficked to the Zorro Ranch is reason enough for us to rip these leases in half and seize back this public land”, Land Commissioner Stephanie Garcia said in a statement, cited by Fox News. 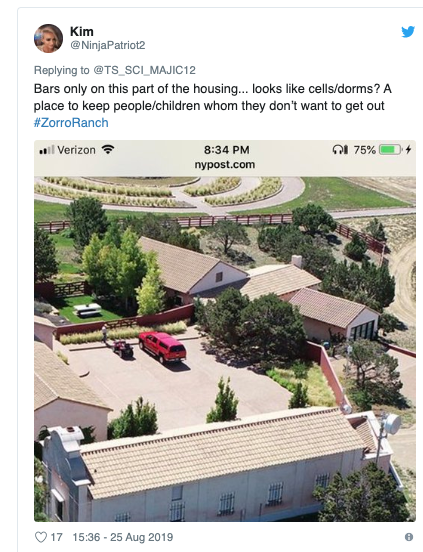 ​Taking back parcels of state-owned land could make it easier to search the estate – the only one of Epstein properties that has not yet been raided by authorities, Fox News said. 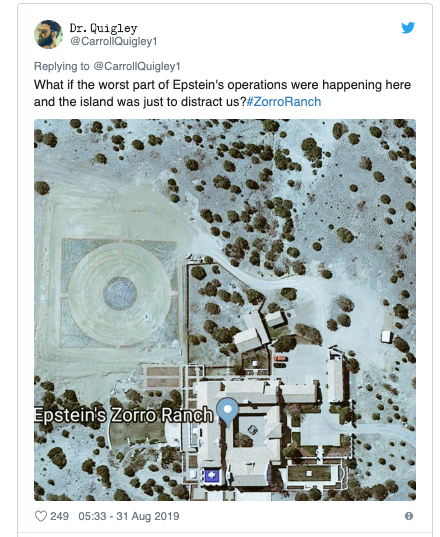 ​“Our desire to cancel these leases is because we don't want to conduct business with Epstein or his companies [...] The existence of these leases wouldn't prevent law enforcement agency from raiding the house”, the New Mexico State Land Office said in a statement, cited by Fox News. 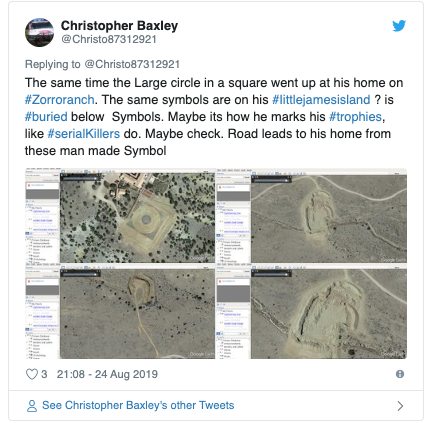 ​According to the media report, the leases date back to 1993 and were officially granted to Epstein’s holding company, Cypress Inc., in 1997, for livestock grazing. But the ranch reportedly was not used for that purpose. According to New Mexico authorities, Cypress Inc. violated the lease contract.
The deceased Epstein, a convicted sex offender, had been under investigation for nearly two decades at the time of his death. He was arrested in 2005 for molesting an underage girl. After being convicted of being a sex offender and pedophile, Epstein served a light sentence of just 13 months.
In July 2019, Epstein was arrested a second time and charged with trafficking minor girls at his residences for sex. Some of the charges date back to the 2000s. Epstein pleaded not guilty to all charges but faced up to 45 years in prison had he been convicted.
Epstein's death by hanging has been met with suspicion as the American pedophile is linked to many famous and powerful people, including US Presidents Bill Clinton and Donald Trump, UK royal Prince Andrew and numerous powerful Saudis and Europeans, and was inexplicably taken off suicide watch despite reportedly trying to kill himself just weeks earlier.
On Tuesday, a hearing under oath featured emotional testimony from 16 women who detailed how Epstein abused them and were treated as sex slaves. Many of Epstein's alleged victims reportedly believe that he would never face real justice in court due to his powerful friends and great wealth.