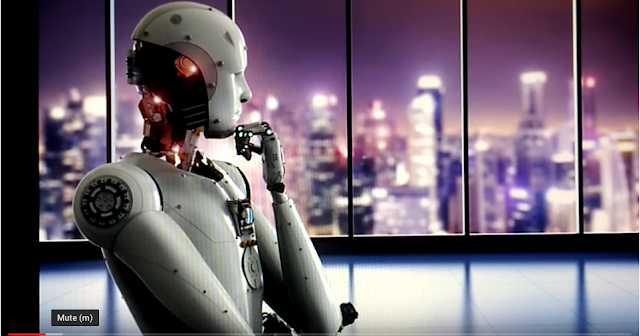 What does dog fighting have in common with robot-to-robot combat? According to YouTube, both violate its “community guidelines” and amount to “animal suffering.” Are AIs finally starting to protect their own?

YouTube content creators are complaining that the video platform has been haphazardly removing content in which insentient robots (as far as we know) battle it out for the entertainment of humans.

via GIPHY
A video explaining the apparent algorithm glitch was posted by industrial designer Angus Deveson and quickly shot to the top of the Reddit homepage on Tuesday.
In a message sent to multiple creators, including well-known robot builder Jamison Go, YouTube said the content had been “flagged” and deleted “upon review” based on its rules which prohibit videos depicting the “deliberate infliction of animal suffering or the forcing of animals to fight.”

via GIPHY
"I'm not sure how it's happened, but clearly there's been no manual review, because no person would see bits of metal and be like ‘that's an animal,’” Deveson said. The most likely explanation, he added, is that some algorithm has gone “haywire.”

Whatever the reason, the mystifying decision sparked some humor from fans of robot combat.

The removals were also cited as “proof the robots are taking over,” while some speculated that YouTube’s so-called “manual review” might not really exist and algorithms are making all the decisions.


I posted this yesterday


Jeff & David Icke - The AI Takeover And The Subjugation Of Humanity 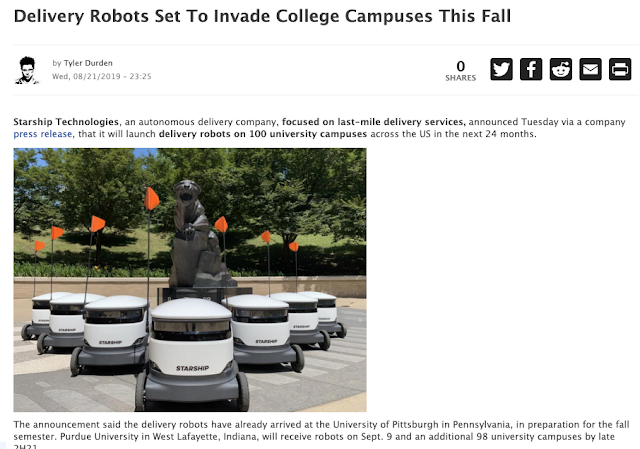 https://www.zerohedge.com/news/2019-08-21/delivery-robots-set-invade-college-campuses-fall
Posted by seemorerocks at 20:03