Does Donald Trump embody the spirit of the Antichrist?

I knew they would be deeply-offended by this - quite correctly. The world is being taken over by wickedness

The Comments Were Made By Uber-Zionist Newsmax Talk Host Wayne Allyn Root. 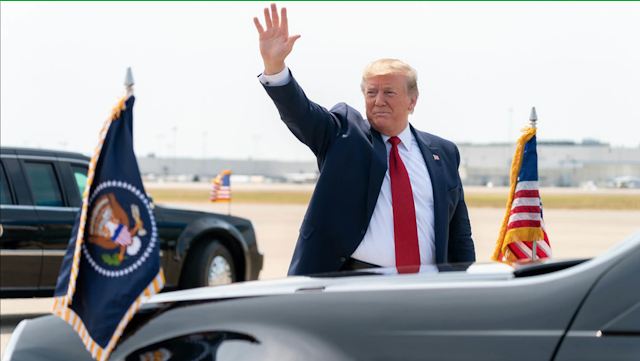 
President Trump raised eyebrows by repeating a quote from Newsmax host Wayne Allyn Root in which he said Donald Trump is like a King to Israeli Jews.

The uber-Zionist was responding to criticism of the president’s earlier tweets criticizing the “loyalty” of American Jews who vote for Democrats like “The Squad” members Rep. Alexandria Ocasio-Cortez, Rep. Rashida Tlaib, and Rep. Ilhan Omar. The conservative commentator told his audience:

“In America, American Jews don’t like him. They don’t even know what they’re doing or saying anymore. It makes no sense. But that’s okay. He keeps doing what he’s doing. He’s good for all of us. Good for Jews, good for blacks, good for gays.

“He is good for everyone in America who wants a job.”

For Root, the comments were hardly controversial. He’s expressed variations of this sentiment dating back to the 2016 presidential campaign. The president thanked him for his latest comments, however, he later took another swipe at “The Squad” group of Democrat House freshman women, which he now calls “AOC Plus 3”:

“Rep. Tlaib wants to cut off aid to Israel. This is the new face of the Democrat Party? Read the AOC Plus 3 statements on their hatred of Jews and Israel. Check out Rep. Omar (the great people of Minnesota won’t stand for this).”

That’s not the only disturbing move by the president recently. Despite claiming the trip had nothing to do with his desire to buy Greenland for the U.S., President Trump has abruptly canceled his upcoming state visit to Denmark, saying:

“Denmark is a very special country with incredible people, but based on Prime Minister Mette Frederiksen’s comments, that she would have no interest in discussing the purchase of Greenland, I will be postponing our meeting scheduled in two weeks for another time.

“The Prime Minister was able to save a great deal of expense and effort for both the United States and Denmark by being so direct. I thank her for that and look forward to rescheduling sometime in the future!”

The president was referring to Prime Minister Mette Frederiksen’s statement that his idea to buy Greenland was “absurd.” Danish politicians are outraged over the “deeply insulting” move that left Queen Margrethe the Second “surprised.”

Grilled about his statement by members of the press today, he said:

“Denmark, I looked forward to going but I thought that the prime minister’s statement that it was absurd, that it was an absurd idea, it was nasty, I thought it was an inappropriate statement. All she had to do is say no, we wouldn’t be interested but we can’t treat the United States of America the way they treated us under President Obama. I thought it was a very not nice way of saying something.”

Later in the press appearance, he claimed he was the “chosen one” to deal with China. These comments, and much more, were the subject of tonight’s God-cast at TruNews.com.

Trump Calls Himself the Chosen One, King of Israel, the Second Coming of God 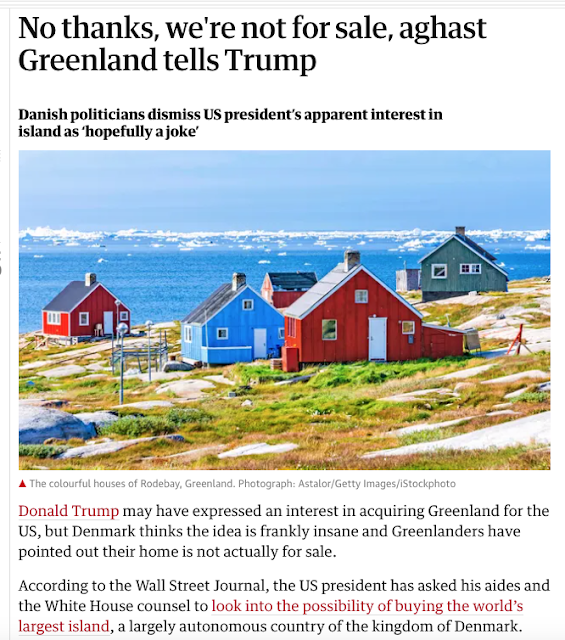 What is Project Iceworm?