Is Israel preparing for a direct strike on Iran 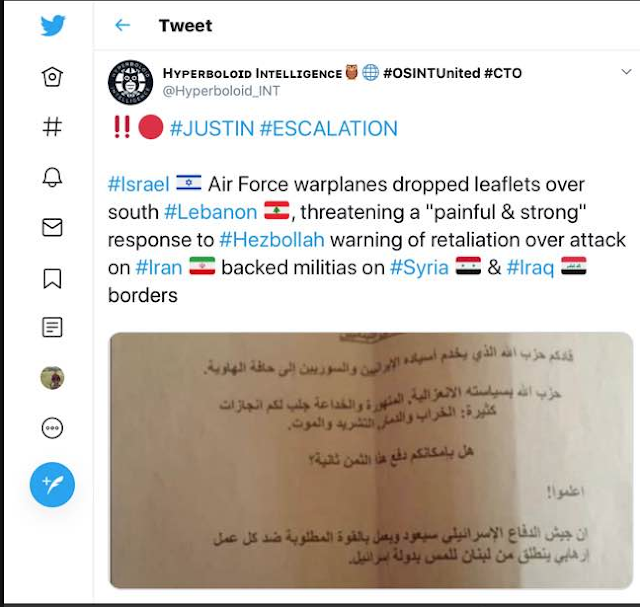 Israel Preparing for Direct Strike on Iran according to reports we received it may not be limited to conventional weapons. In the past two moths, a Pentagon official shared with us that even the US is in over its head.

From zionist press. No organisation that uses deception to rule can be called 'honest'. Israel, though, is brazen.


In its exclusive account of the Aug. 25 drone crash in Beirut, DEBKAfile can reveal its real objective: the targeted assassination of a Hizballah’s senior operational liaison officer with Al Qods chief Qassem Soleimani, Iran’s supreme Mid East commander. That operation matched in significance the Israeli aerial operation outside Damascus which preempted an imminent Iranian drone attack.

It is no wonder that Hizballah chief Hassan Nasrallah looked pale and shocked when he threatened to punish Israel in a speech on Sunday afternoon.
The drone attack, according to DEBKAfile’s military and intelligence sources, was the first targeted assassination Israel has ever conducted by air over a main street in Beirut. Soleimani later called it “insane.” The first of the two drones was unarmed on a reconnaissance mission to track the movements of the targeted high-profile Hizballah officer on Mouawad Street in the south Beirut Shiite district of Dahya.

Posh shops which attract tourists line one side of this street. On the other, are located top secret lodgings used by Middle East terrorist bigwigs associated with Iran when they spend time in the Lebanese capital – Yemeni Houthi rebel chiefs and heads of the Palestinian Hamas and Islamic Jihad, to name a few. The occupants of these carefully hidden residences tend to stay out of sight, among them the targeted Hizballah officer.

The first drone was sent Saturday night to pinpoint his whereabouts.

Liquidating this important link in the chain between Iran and its senior proxy in his hidden lair was planned to drive home to Soleimani and Nasrallah that Israel was on to this key figure and knew where to find him. The first drone therefore flew dangerously low over Mouawad Street and was therefore easy prey for a young local boy to throw a big rock and bring it crashing down, a feat of which he boasted later. The IDF thereupon lofted a second drone over the street. This was packed with explosives. Its target was not the Hizballah media center as generally reported, but a car outside the building next door. No sooner had the Hizballah officer targeted for assassination stepped into that car when it was hit by the armed drone that was programmed to home in on him.

If Israel maintains the momentum of the last 48 hours, the operation on Mouawad Street, no less than the air strike on a villa housing Iranian drones south of Damascus, may turn out to be the opening shot of a new war offensive against Iran and its proxies before their plans of aggression get going in earnest.

On Sunday, the IDF continued to push forward.

The powerful pro-Iranian Iraqi Hashd al-Shaabi militia, or Popular Mobilization Forces (PMU), blamed Israel for the deadly drone attack that day on two trucks driving past the Iraqi border town of Al Qaim on their way to the Syrian border. At least 10 militiamen were killed, including a senior officer, in what the PMU called a “blatant attack with air cover over the area from American planes, in addition to a large balloon to monitor the area near the site of the incident.”

DEBKAfile reports that the target was the PMU’s 45th Battalion which is responsible for carting Iranian arms from Iraq to Syria and on to Hizballah in Lebanon.

Early Monday, Lebanese media reported that the Israel Air Force attacked Popular Front for the Liberation of Palestine (PFLP) targets in the Bekaa region near the Syrian border. This attack came after three Palestinian rockets were fired from Gaza at Sderot and other nearby communities. Two were intercepted by Iron Dome and the third exploded harmlessly on a road. However, flying shrapnel showered down on the 4,000 people attending a festival in Sderot. At least 16 people were injured in the panic.

greet an attack on Golan or 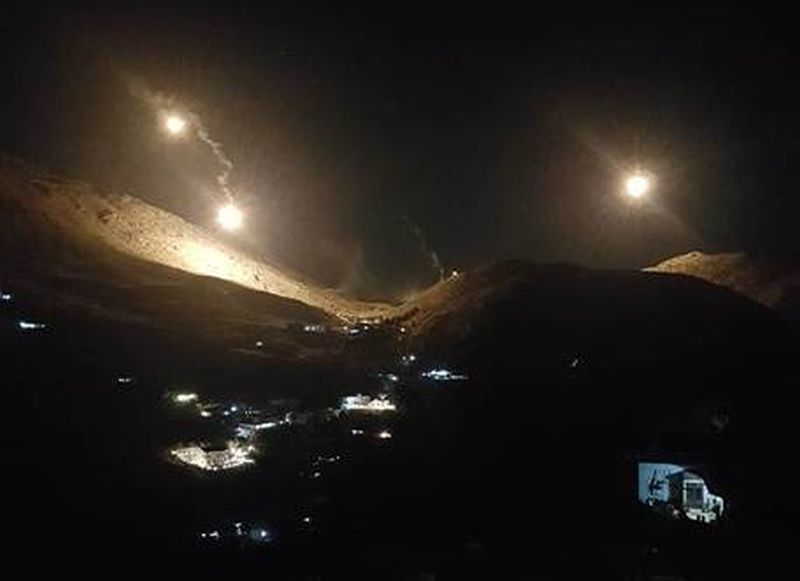 This step was taken on in an effort to prevent the cycle of tension surrounding Israel’s preemptive weekend operations in Lebanon and Syria from veering out of control. On Monday, Lebanese President Michel Aoun on Monday described Israeli attacks on Beirut’s southern suburb of Dahya and the eastern border region as a “declaration of war.” He said: “We are entitled to resort to our right to defend our sovereignty, independence and territorial integrity.”

In a series of back-door diplomatic responses on Monday, Israel informed Nasrallah that so long as Hizballah waged war on Israel from Syrian soil, his followers would share the same fate as the IDF has meted out in hundreds of operations to Iranian and other proxy forces.

The message to the Lebanese commander pointed out that in another round of hostilities, Israel would have no option but to wipe out Hizballah’s vast rocket arsenal, inevitably causing “massive damage to Lebanon.”

Israel’s warnings to Lebanon were accompanied by corresponding Trump administration diplomacy in Beirut. US Ambassador to Beirut, Elizabeth Richard, in an urgent face-to-face meeting with President Aoun called after he accused Israel of a declaration of war issued a warning. She cautioned him that if he persisted in his support of Hizballah and its leader, Washington would conduct “a reassessment” of its annual military aid program for the Lebanese army.

Syrian President Bashar Assad, for his part, has kept on insisting that he knew nothing about the Akraba base set up by Al Qods and Hizballah south of Damascus for holding armed Iranian drones ready to attack Israel. They were primed for launching when they were destroyed by the Israeli air force on Saturday night.

Assad accordingly issued a new directive banning the launching of missiles against Israel from Syrian territory. DEBKAfile’s sources note, however, that, typical of the Syria leader, this ban did not mention other anti-Israel operations such as intrusions by ground forces or UAV attacks.

The flurry of secret diplomacy took place amid high military tension in northern Israel, where IDF forces, on a state of readiness on the Syrian and Lebanese borders since Saturday, were boosted by a large influx of armored and artillery units. The Lebanese news agency reported early Tuesday that the contested Shaaba Farms pocket was brilliantly illuminated overnight by IDF contingents and explosions were heard from this lofty enclave that sits on the junction of the Israeli, Syrian and Lebanese borders. 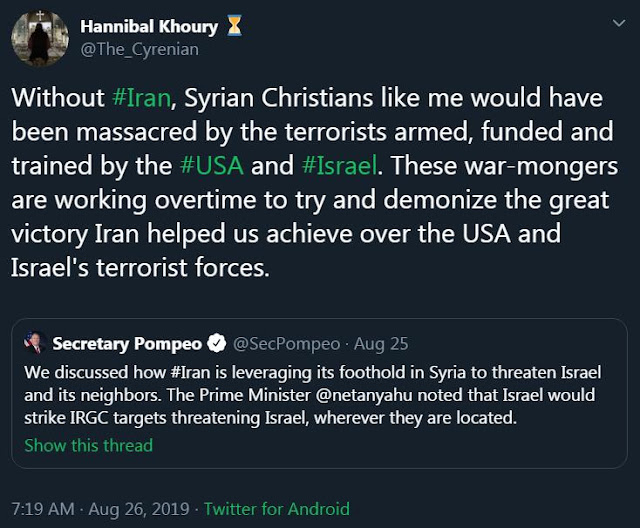 
BEIRUT, LEBANON (9:20 P.M.) – Lebanon’s Hezbollah is preparing to carry out a “calculated strike” against Israel in retaliation for an attack on one of their compounds near the Syrian capital on Saturday, the Reuters News Agency reported.


Citing a source lose to Hezbollah, Reuters said that Hezbollah was preparing a reaction that “is being arranged in a way which wouldn’t lead to a war.”


“The direction now is for a calculated strike, but how matters develop, that’s another thing,” they added.


In addition to their strikes in Damascus, the Israeli military also carried out attacks in the southern suburbs of Beirut and eastern region of Lebanon.


However, it should be pointed out that Hezbollah does not publicly discuss their attacks, so not much information is available regarding such an operation.


Furthermore, if an attack is carried out by Hezbollah, it would likely target the Israeli forces in either the occupied Golan Heights, occupied Sheba’a Farms, or Upper Galilee region. 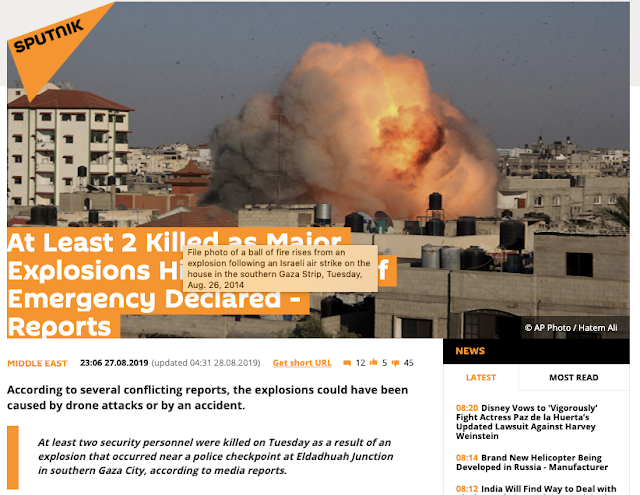