Removing the races: Epstein took delivery of a concrete truck on Pedo island

Approximately three weeks before a series of damning articles hit in the Miami Herald, Jeffrey Epstein paid up front to have a $100,000 cement mixer express-shipped to his infamous Little St. James 'pedo island' at great expense, according to the Daily Mail. 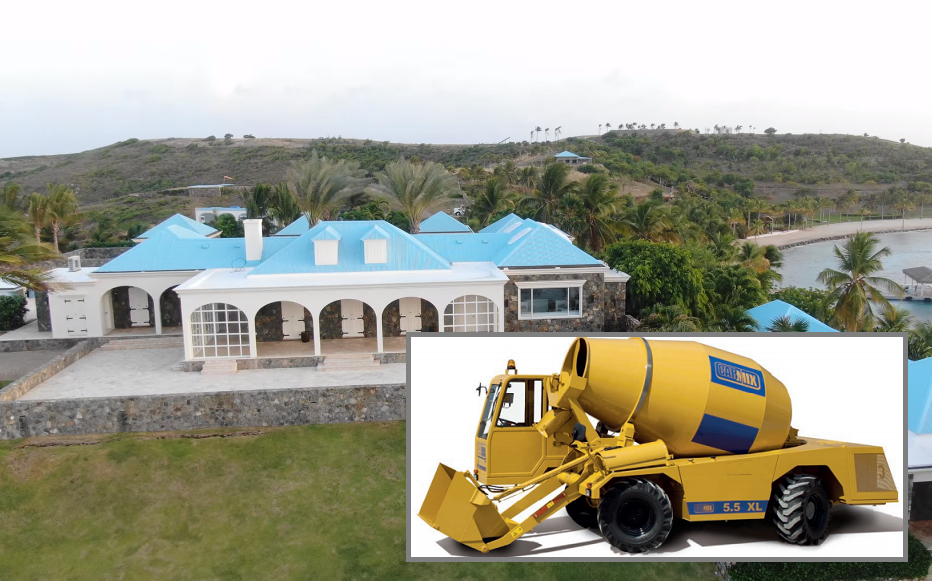 The pedophile, who was found dead by apparent suicide on Saturday while awaiting trial for sex trafficking, got the Carmix 5.5 XL self loading concrete mixer delivered to Little St. James on November 7 last year.
Epstein was in such a hurry that he paid for the machine up front so it would arrive sooner - even though it meant being responsible if it got damaged in transit.
Three weeks later the Miami Herald published a series of articles called 'Perversion of Justice' on November 28, which eventually led to Epstein being arrested in July.
Shipping experts told DailyMailTV that the possibility that it was 'used to literally cover up evidence cannot be discounted'. -Daily Mail

The mixer can be seen in a drone video taken by YouTube user Rusty Shackleford. It appears buried in a storage warehouse behind some other equipment, however its barrel drum and other distinctive features can be made out. 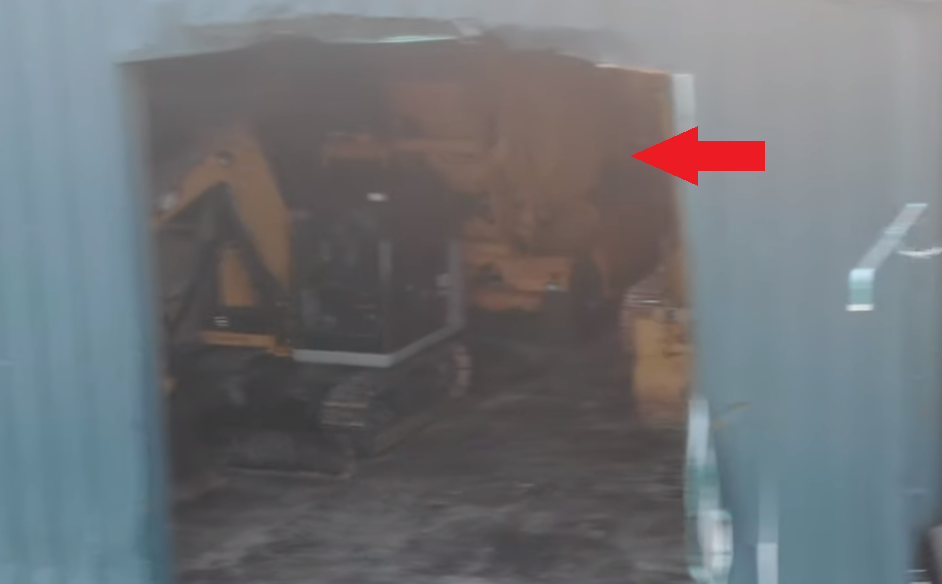 While Epstein's extensive construction on the island is no secret, the timing of the cement mixer shipment - and the fact that it was express shipped, raises suspicion.
"While the purchase of the cement mixer on its own is not suspicious, particularly given the reported and approved repair of cisterns on Little St. James, both the timing of the shipment and the fact that it's the only item in our records shipped with an express bill of lading do raise concerns," said shipping data analyst William George.
"The shipment arrived Epstein's island on November 7th of 2018, 21 days before Julie Brown's expose was published in the Miami Herald and 23 days before Epstein allegedly began to try to pay off witnesses. Considering both the scope of Brown's article and the urgency of the shipment, the possibility that the cement mixer was used to literally cover up evidence cannot be discounted."
Many have speculated that Epstein had underground tunnels or facilities on his island, while the drone footage reveals what appear to be several hill-side doors. 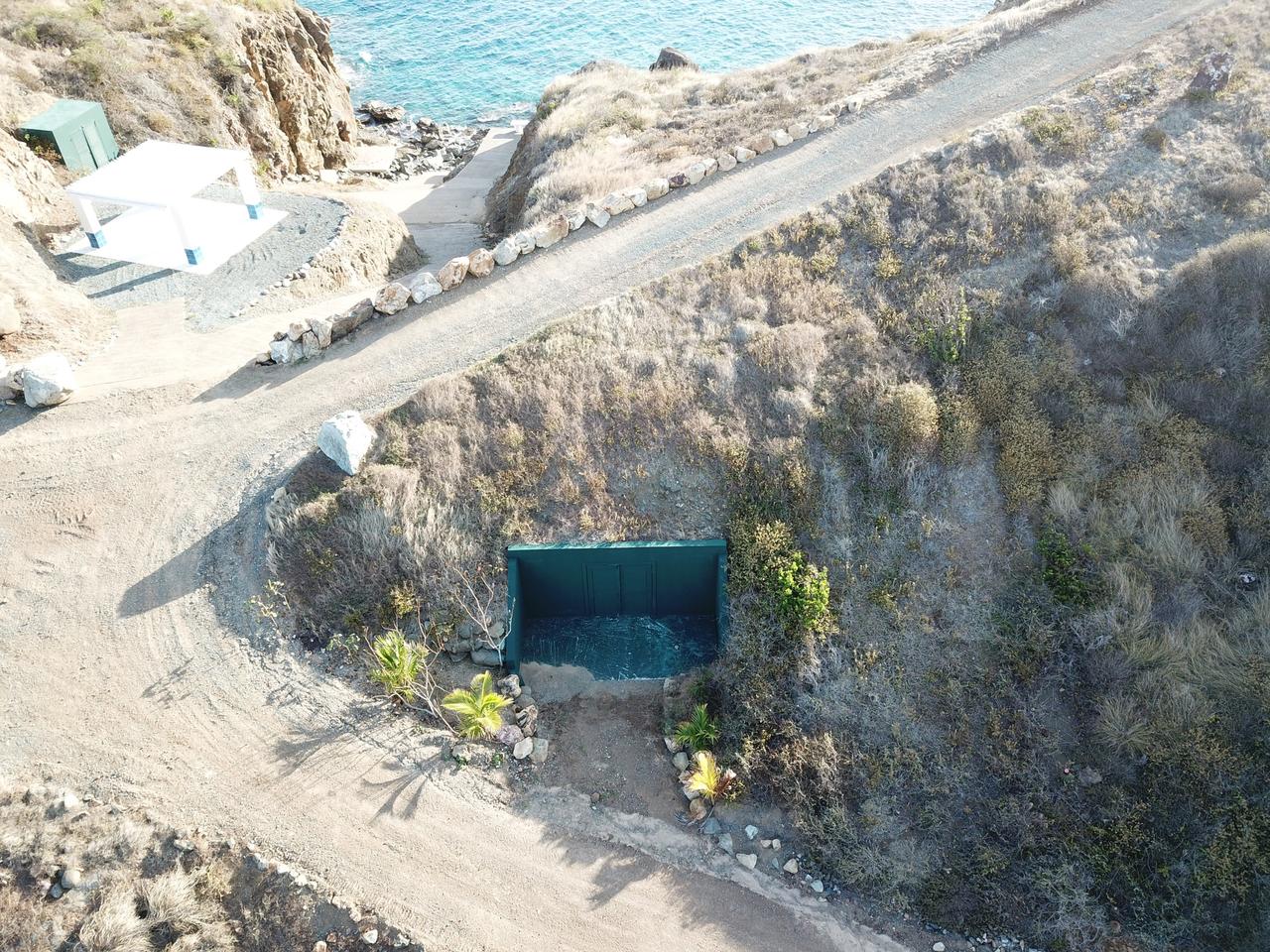 The Mail also notes that Epstein had a complete dentist's chair shipped to the island, while many have observed from Shackleford's videos that Epstein had an ambulance as well - which seems odd for such a small island with no known medical facilities. 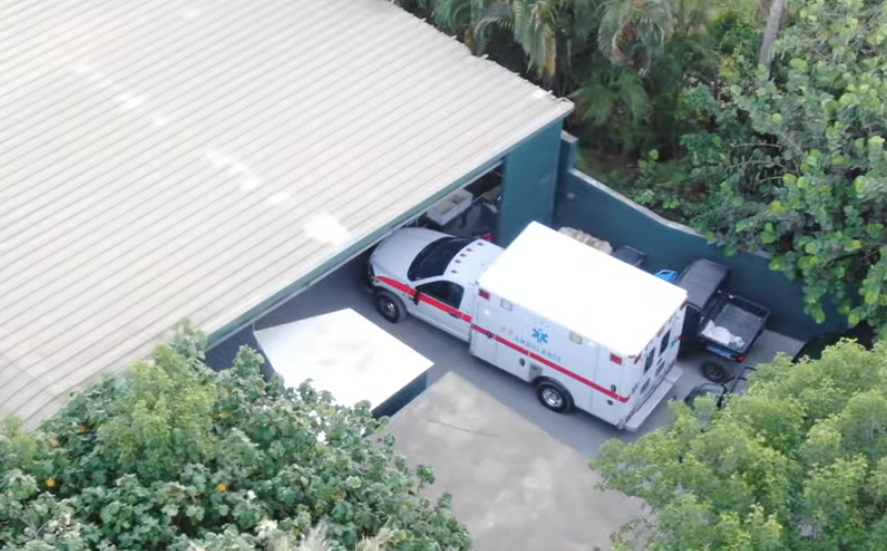 Perhaps due to the heat on from the Miami Herald reports, which Manhattan police said was instrumental in their investigation, Epstein sold his infamous 'lolita express' Boeing 727-200 just weeks before his arrest according to court filings.
Epstein, who was arrested on July 6 after returning from Paris on his Gulfstream G550 per Bloomberg, sold "the other jet" in June, 2019 - prior to his arrest.
On other words, it looks like the financier unloaded the potentially 'evidence-rich' aircraft - said to have had a bed installed where passengers reportedly had group sex with young girls - right before the hammer came down.
According to investigative journalist Conchita Sarnoff - who first revealed the former president's extensive flights on Epstein's "lolita express" in a 2010 Daily Beast exposé - former president Bill Clinton flew on the 'lolita express' no fewer than 27 times. 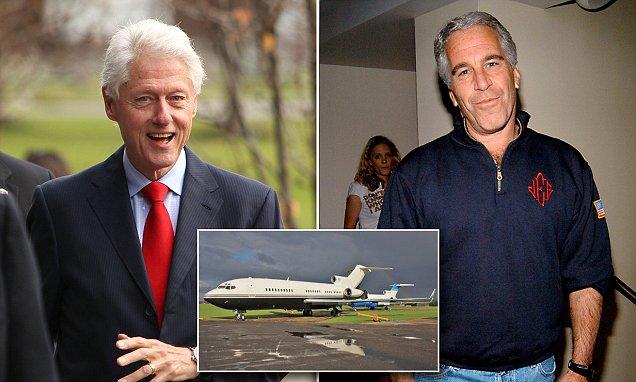 Clinton claimed in a July statement that he only took "a total of four trips on Jeffrey Epstein's airplane" in 2002 and 2003, and that Secret Service accompanied him at all times - which Sarnoff told Fox News was a total lie.
On Monday, the FBI and NYPD raided Little St. James island last week, packing up evidence - however as Rusty Shackelford's videos reveal, some of it had already been moved prior to the raid. (before, after - note the computer on the right is gone). 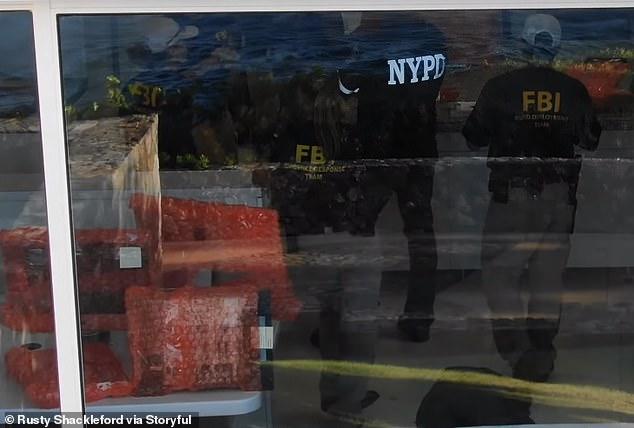 Perhaps they should have raided the island the same day he was arrested?
Posted by seemorerocks at 18:31