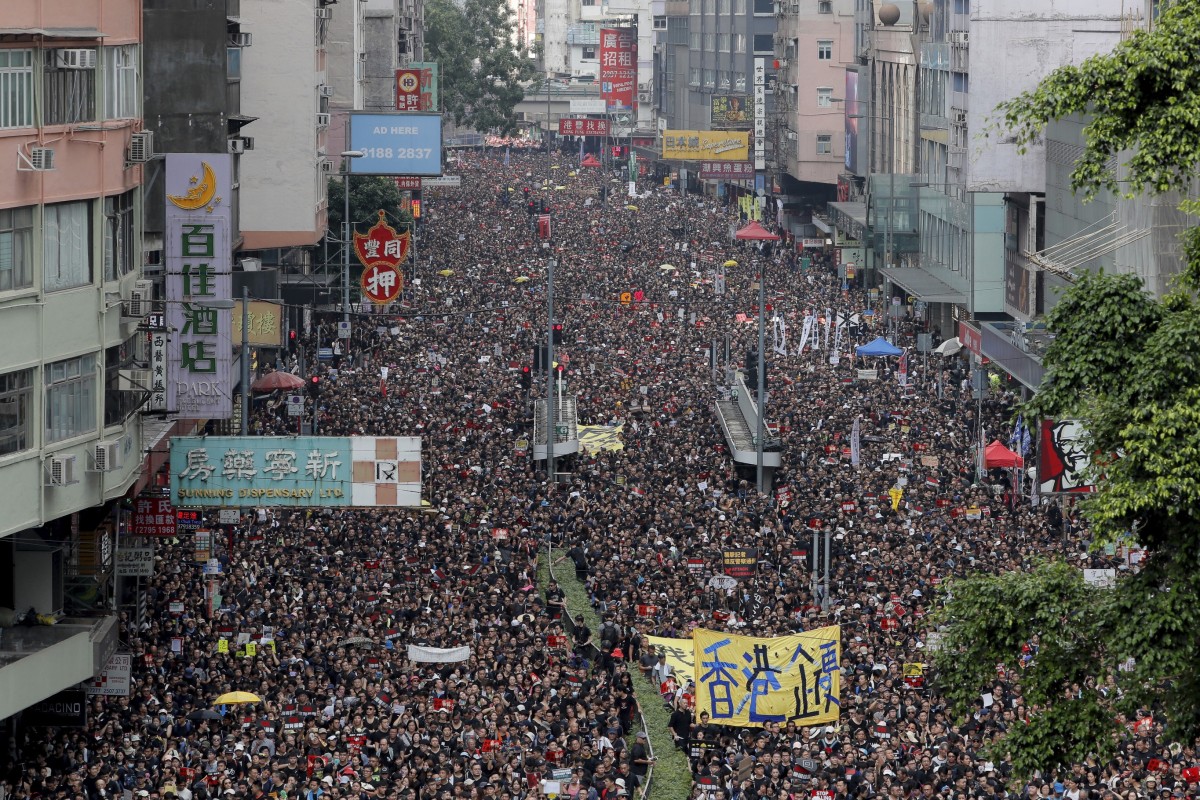 August 16, 2019 "Information Clearing House" - China’s official People’s Daily broadsheet minced no words, saying: “There is no question that the (Trump regime) has its hand in what is going on in Hong Kong.”

It “signaled its support for protesters in” the city, what’s been ongoing for months, an attempt to destabilize the country at a time of Trump regime-instigated trade war — initiated to undermine its industrial, economic, and technological development.

China’s Global Times asked: “Is a color revolution taking place in Hong Kong? We think so…(rioters involved in the) ruthless destruction of the city’s rule of law.”

“Radical protesters want to paralyze the city, undermine the authority of the government and police.”

“Demonstrations are no longer a complementary way of expressing demands under the legal framework, but an attempt to overthrow the rule of law and reshape the city’s power structure. This is a typical color revolution.”

A statement by the Office of the Commissioner of the Ministry of Foreign Affairs of China in the Hong Kong Special Administrative Region said the following:

“The distortion of reality, the blind observance of double standards by American politicians is already close to hysteria,” adding:

“They conspired with radical criminal elements and are insanely involved in anti-Chinese criminal cases in Hong Kong” — indicating Beijing’s fury toward the Trump regime over what’s going on and likely intention to respond in its own way at its own time.

China’s envoy to Moscow Zhang Hanhui warned foreign nations, notably the US, against “stick(ing) their noses in our affairs.”

In an August 13 article, I suggested what’s going on is a Trump regime attempt to destabilize China by targeting it soft Hong Kong underbelly — many residents in the city pro-Western.

Geopolitical/economic know-nothing Trump most likely doesn’t know or understand what’s going on in parts of the world disruptively because of his regime’s actions — run by Pompeo, Bolton and their henchmen.

On Tuesday, he nonsensically tweeted: “Many are blaming me, and the United States, for the problems going on in Hong Kong. I can’t imagine why?”

On Wednesday, he suggested a meeting with China’s Xi Jinping to discuss the ongoing protests, what won’t resolve a thing if held.

Beijing wants US meddling in its internal affairs stopped. US dirty hands are all over what’s going on in the city. The ball is in the court of Trump regime hardliners running his hostile geopolitical agenda.

The NYT never met a US war of aggression, color revolution, old-fashioned coup, or other hostile actions by its ruling authorities on the world stage it didn’t wholeheartedly support.

Addressing what’s happening in the city, its hostile to peace and stability right-wing editors turned truth on its head, calling US-manipulated/radicalized rioters largely “young people…who ardently don’t want to come further under the repressive rule of the Chinese Communists.”

“They should have the same kind of free market that has wrecked the US (and other Western) econom(ies).”

China embarrasses them by the efficiency and effectiveness of its economic and financial model it’s not about to let US bullying change.

Beijing’s system is “an economic threat to the Western neoliberal model, and it is this existential threat that is the target of the (Trump regime’s) trade and currency wars today,” Ellen Brown explained.

US color revolution tactics in Hong Kong, its ongoing trade war, and the Obama regime’s Asia pivot, continued by Trump, to establish a greater Pentagon military footprint in the Indo/Pacific are part of Washington’s war by other means on China.

If violent protests erupted in US cities and continued for days, especially if orchestrated and manipulated by a foreign power, they’d be state-sponsored blood in the streets putting them down. 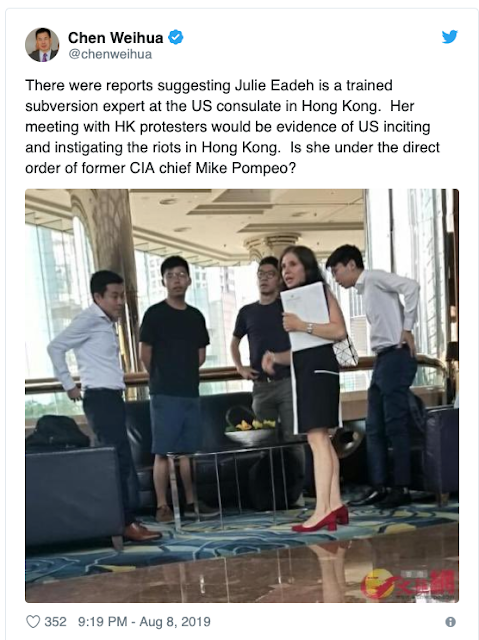