Footage has emerged of several violent attacks by Antifa on right-wing demonstrators in Portland, Oregon. The new clashes come as US President Trump threatened to designated the left-wing movement as an “organization of terror.”

Scuffles have broken out in Portland after left-wing counter protesters gathered in large numbers on Saturday, drawn by the rally of the right-wing Proud Boys, which the Antifa consider neo-fascist.

A serious assault took place on PB’s after they busted the door of the bus, they also threw a metal hammer at them.

I also got pepper sprayed in the face with many others. Sorry for language 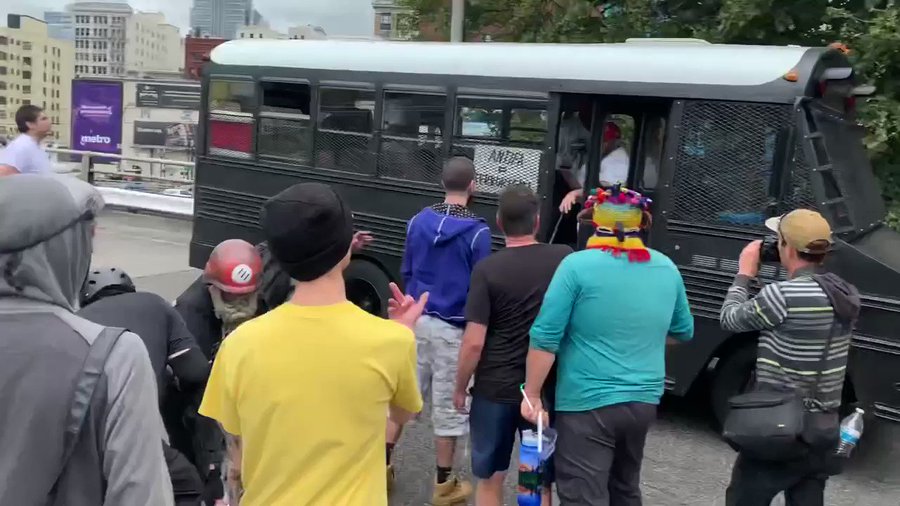 Videos showed masked protesters attacking two buses with right-wing demostrators. One skirmish saw “antifascists” smashing a door and throwing a hammer into the salon of one of the buses and then chasing away the vehicle with rocks. A hooded man is also seen using a pepper spray on the interior of the bus. 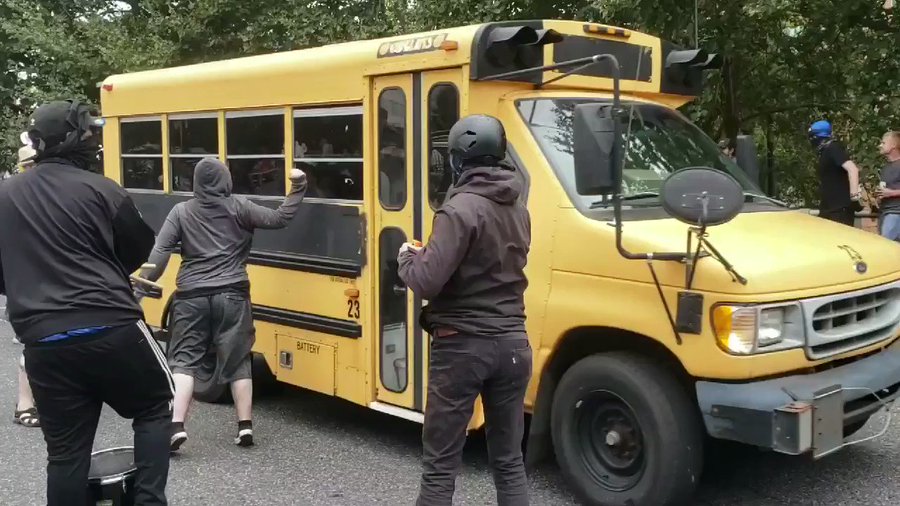 Another disturbing, if less violent attack shows an underage girl and a man sporting a Spartan helmet and white T-shirt emblazoned with words “I hate The Left and racism” being cornered by a crowd of left-wing demonstrators after getting separated from the right-wing rally. A video shows the two being surrounded, doused by water and chased while the crowd chants “Go away.”


PORTLAND: Antifa group attacks a man and a young girl who got separated from the others. The group hurls objects at the little girl. #PortlandProtestpic.twitter.com/UqfzIpu5Ps
— Giovanni Cavalcanti (@giovannicavett) August 17, 2019

Another set of videos showed a middle-age man lying motionless on the ground with a woman kneeling beside him. The woman appears to be shielding the man while trading insults with the left-wing activists, who call her a “crazy b*ch.” She is then seen helping the dazed and apparently injured man walk through the parking lot as riot police watch on, not intervening. The female angrily rejects an offer of help from another man. Reports on social media claim that the man was beaten and maced by Antifa. The footage has been shared by conservative blogger and journalist Andy Ngo, who himself was beaten and doused with milkshakes at a Proud Boys rally in June.

Replying to @MrAndyNgo
Middle-age man was maced and beaten by an antifa mob. He was knocked unconscious to the ground. His partner or spouse was trying to protect him as mob still surrounded them. No police. #PortlandProtests 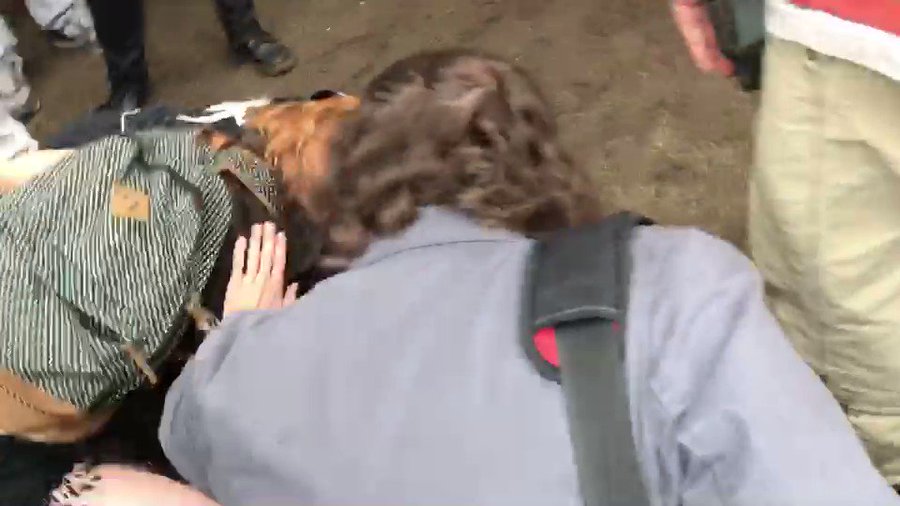 Man was beaten and maced by Antifa. He wandered off dazed and bloodied and collapsed in a parking lot. No authorities have helped him yet. #PortlandProtest 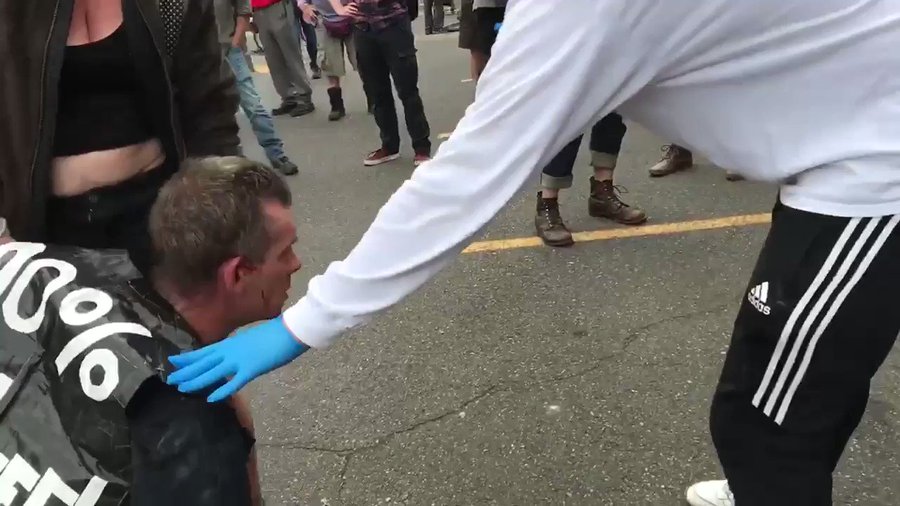 In another unsettling episode, a black-clad  man was filmed wresting away a US flag from an elderly protester, whose face and clothes are smeared with what appears to be a milkshake. The masked man  then throws away the flag to the cheers and applause from the crowd.

An old man gets assaulted by Antifa and has his American flag ripped from his hands and thrown to the ground. #PortlandProtests 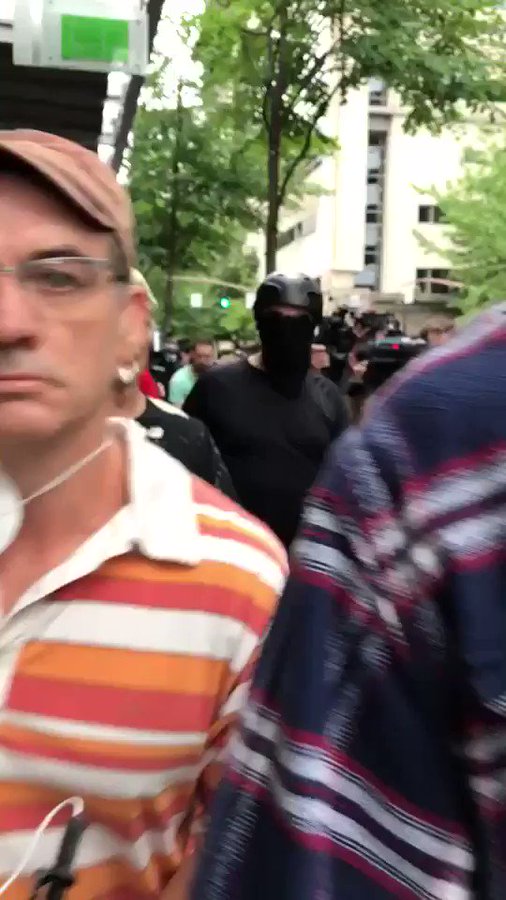 As tensions flared up, Portland police have declared civil disturbance as the crowds were ignoring orders urging them against blocking the streets near Pioneer Courthouse Square. At least 13 people have been arrested so far, police spokeswoman Lt. Tina Jones said.
Five persons have been evaluated by medics, including one who had to be taken to hospital for further checks. All the injuries are believed to be minor, Jones said. An estimated 1,200 people showed up at the rally’s peak, according to the police numbers.

Video Update 6 - The demonstration in downtown Portland has now been declared a civil disturbance. Individuals gathered in the SW Park and Morrison area must now leave the area immediately. Transcript: https://buff.ly/2THyysh  #PPBAlert 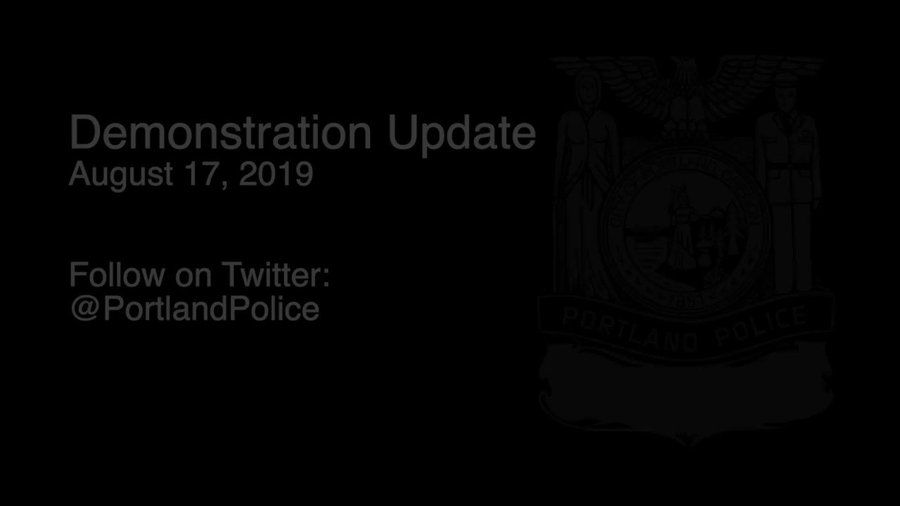 Tensions were running high ahead of the rally, with police saying they confiscated metal poles, bear spray, shields and other weapons. In attempt to prevent the rival groups from squaring off with each other, police erected concert barriers and cordoned off the streets and bridges. 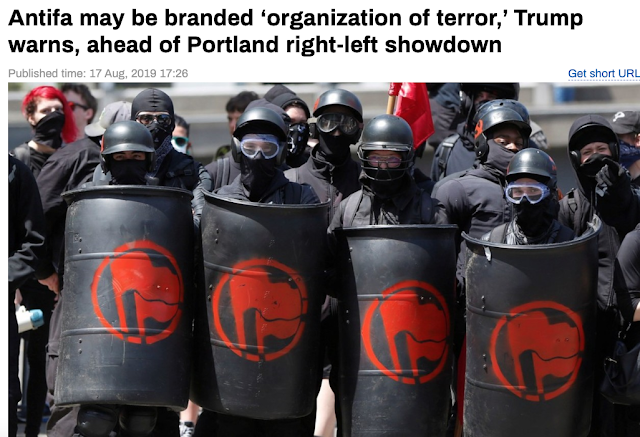 You've seen the violence.Here is how US MSM is reporting it. 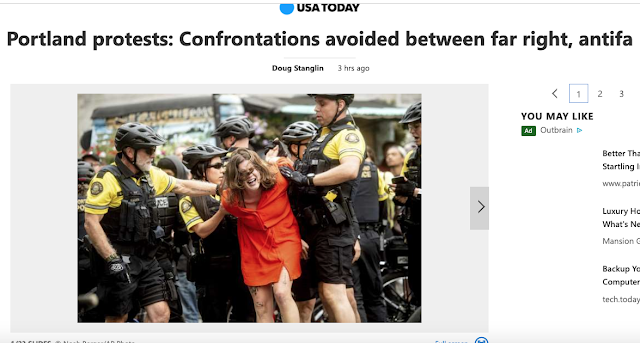