Oil prices are on the rise again 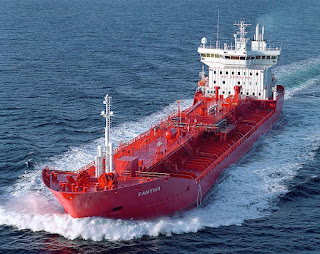 Crude oil prices have nearly reached $70 a barrel this year, and tensions in the Middle East coupled with a resurgence of U.S. and Canadian shale production could move that price to $80 soon. Many consumers may have trouble with the rise in gasoline and heating oil costs that come with such a high price. So will companies that rely on oil, gas and oil by-products.
Oil prices have not been near their present level in three years. They were last at $80 in March 2014. The average price of a gallon of regular gasoline was $3.40 then, which is almost 25% higher than current gas prices.
Many economists believe that the next downturn will be due to rising interest rates, a trade war (particularly with China) or a single event like a military incident with North Korea. This rise in oil prices could be just as damaging, but more insidious. Gas prices, for example, may only rise by a few pennies a week. By late summer, they could pop over $3, particularly because of the supply demands of summer driving that culminate over the Labor Day weekend.
High oil and gas prices could hurt the economy when it relies most on consumers in the fourth quarter of the year, and particularly the final two months. Retail sales, in particular, would be threatened by a falloff in consumer discretionary income. Wages have not risen rapidly in the past few years, and for many workers they have not risen at all. That makes them particularly vulnerable to a rise in gas prices.
One of the most heated debates about oil prices recently is that the Organization of Petroleum Exporting Countries (OPEC) would like to see oil above $80 per barrel and is prepared to act to push prices that high. Investment bank Goldman Sachs has forecast that crude could reach that level sometime this year.
The idea that oil might reach $80 was almost out of the question a few months ago. That has changed fairly fast.
Deutsche: Another $5 Rise In Oil Would Unleash Market Turmoil

While traders have been closely following the push higher in 10Y yields,  which this morning rose as high as 2.996%, as well as the dramatic short squeeze in the dollar, they may be ignoring the one asset class that is responsible for both moves: crude oil.
Recall, it is the ongoing move higher in crude prices that has sent 10Y breakevens surging to 4 year highs, while expectations of rising inflation have in turn boosted nominal yields as well as sent odds for 4 rate hikes to cycle highs...

... translating into a relentless dollar bid, which is creating a feedback loop forcing the record number of dollar shorts to aggressively cover their positions.

So how much higher can oil prices rise, before there the adverse feedback loops and unintended consequences swamp out the risk-on sentiment?
According to Deutsche Bank's chief Macro Strategist, another $5/barrel increase in oil would be enough for US 10y yields to threaten 3%, which also suggests that "oil is now at the cusp of levels where higher prices will spark greater FX and broader asset market volatility."

As Ruskin notes, "oil is working its wonders on inflation expectations. Figure 1 shows 10y breakevens again slavishly following oil around" and calculates that according to market beta regressions, "a $5/b increase in oil is worth at least 10bps on 10y breakevens. Assuming that real yields and breakevens if anything remain positively correlated (see figure 2) a WTI near $75/b could precipitate US 10y pushing through 3%."

As shown in the next chart, breakevens have been following real yields higher. Real yields, meanwhile, have been benefiting from some impact from fiscal policy; positive productivity/ growth expectations; and, most recently, a better risk environment as it relates to a range of political issues, inclusive of trade protectionism, N.Korea and perhaps Syria.

Further, as discussed previously, the Syria story with its associated Russian sanctions angle, has awakened dormant commodity price pressures, with the CRB now finally threatening levels last seen in 2015, although some of these have eased in the past 24 hours following suggestions from the US Treasury the Trump admin may be willing to ease back some of its Russian sanctions, unlocking Rusal aluminum supply-chains.

Meanwhile, higher commodity prices are falling on a market that should be receptive to some broader increase in inflation in the US. In a remarkable example, Thursday's Philly Fed prices received hit their highest levels since 2008, (see figure 4), a number consistent with core CPI inflation rate up near 3% in 2019.

Meanwhile, Deutsche further adds that the threat of FX vol is also rising as oil vol and FX vol are normally intertwined, in part because oil vol should encourage some uptick in bond vol. Implied oil vol has already picked up a little (see Figure 5), while other markets are lagging. Bond vol is regarded as at the epicenter of any broader increase in vol across all asset classes.

The good news, for FX traders, is that they can easily put positions on to capitalize from the above trends:

In FX land, betas over the last year show the biggest beneficiaries of higher oil prices should be: COP, NOK, CAD, ZAR, BRL, AUD. In that order.

The EUR has a small positive beta with oil, and, the USD tends to lose out slightly when oil goes up. However the oil - USD causation can run both ways, and is dominated by weaker USD helping oil , rather than higher oil weakening the USD. Oil also has an impact on Central Bank expectations. The ECB has historically placed more emphasis on total inflation than the Fed, helping higher oil prices to be associated with a stronger EUR, but this is less of a factor in current markets.

Deutsche also lays out the "most obvious casualty" of rising oil prices:

If we are in a world where oil prices only stabilise or edge higher, and where risk appetite is resilient, the most obvious casualty should be the JPY.

With the USDJPY surging above 108.50, so far this is being validated.
Finally, the biggest question: what happens to the all-important dollar? Well, here Ruskin says that if oil is a factor pushing US bond yields to new cycle highs, the USD is likely to perform strongly across the board.  And sure enough, as discussed earlier, the USD is indeed surging.

So while bullish hedge funds, and OPEC, understandably are hoping that the next stop for oil will be $100 (and higher), be careful what you wish for: all that would take to break the back of the already fading "economic recovery" would be for the price of oil to spike so high, it trigger a VIX spike and price turmoil across all other asset classes, in a mini rerun of 2008... incidentally, just the scenario we warned about last night.