THE BRITISH LION IS LOSING ITS GRIP 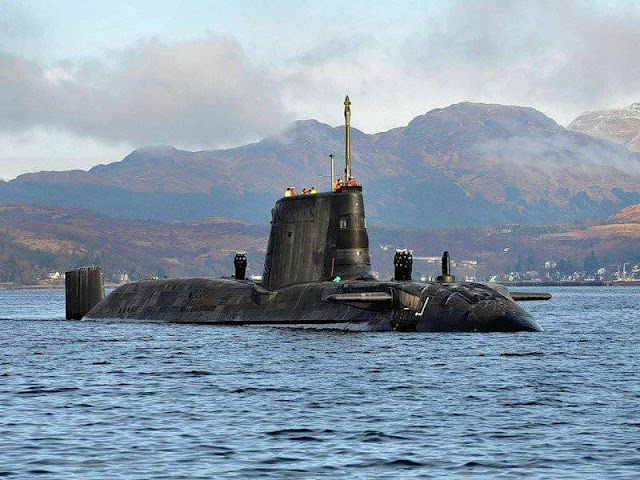 Iarex.ru,
19 April, 2018
The British nuclear submarine Astute class are unable to strike at Syria, 14 April 2018, because it prevented two Russian submarines. This information was reported by the newspaper the Times, citing its sources in the UK Ministry of defence. Supposedly Russian submarines followed by a British submarine and forced it to change its location.
As a result of these actions of the boat are unable to choose or to take a stand and strike with cruise missiles at targets in Syria.
The UK Navy has three submarines of the Astute class is the most modern model of the British submarines. It can carry up to 20 cruise missiles "Tomahawk". Boats in this class began to arrive in the UK Navy in 2010.
According to information from other Western media on the British boat put pressure two Russian frigates of project 11356 with the support of anti-submarine Il-38N aircraft and "Varshavyanka" diesel submarines of project 636. By their actions they gave the boat to take the designated square and start producing cruise missiles.
Some Russian experts explain the failure of the English submarine activity in the Eastern Mediterranean of the Main Directorate deep sea research (GOOGIE) of the Ministry of defense.
Although the failed launch from a submarine of the Astute class may be a more simple explanation – low combat capability of the Navy of great Britain, or any technical problems. And with the latest trends – are guilty of all still Russian.