"New Zealand has committed to becoming predator-free by 2050, wiping out all introduced species of rats, mice, possums and stoats in a mere 32 years."

Grandiose posturing like this is both deceitful and mendacious. The National government made that statement whilst carving back the funding for the Department of Conservation and there has been neither action nor commitment to reach those impossible goals. It is purely rhetoric, never backed up by any sort of action remotely capable of achieving the belicose rhetoric. 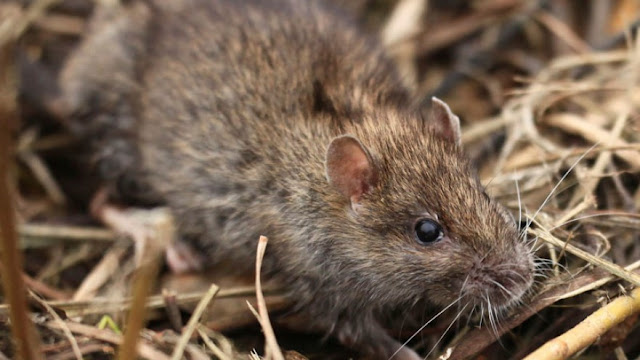 A record-breaking long, hot summer has led to a tenfold explosion in New Zealand’s rodent population, with the country’s urban areas worst hit.

The 2017-2018 summer in New Zealand was the hottest since records began, and fertile breeding conditions have led to a surge in rat and mice numbers.

New Zealand has committed to becoming predator-free by 2050, wiping out all introduced species of rats, mice, possums and stoats in a mere 32 years.

If successful, it would be the first country in the world to be completely pest-free.

But warming global temperatures present a twofold threat to the country’s predator-free goal, with cities experiencing higher numbers of rodents, and rodents moving into previously pest-free alpine environments, which act as a refuge for many of the country’s endangered bird population.

“In some places we’re looking at a tenfold increase in the rodent population,” said Dr Graeme Elliott, the Department of Conservation’s principal science advisor.

“We’ve had experience where we’ve had bird populations completely wiped out from high rat numbers, so horrible things can happen and we will probably see the worst of it next spring when birds are nesting again.”

“[New Zealand] didn’t have any predatory animals until humans turned up, so most of our animals don’t have the nature or ability to tolerate high levels of predation.”

There are three species of rat in New Zealand, with the ship rat being the most common. Another species, Norway rats, are big enough to kill seabirds and capable of producing 22 offspring in one litter.

In 1999 and 2000, a population explosion in rodents due to two seed falls of the South Island’s beech forest led to some bird species being wiped out in affected areas, and have hampered the conservation efforts of rare birds such as the orange-fronted parakeet for decades to come.

“The increase in rats around Auckland could be annoying, but the increase of rats in some of those backcountry refuges could have really serious biodiversity consequences,” said Elliot.

According to the government, introduced pest species kill 25m native New Zealand birds a year, including the iconic ground-dwelling, flightless kiwi, which die at a rate of 20 a week and now number fewer than 70,000.

The cost of introduced species to the New Zealand economy is estimated to be NZ$3.3bn (£1.76bn) a year.

Existing pest control methods in New Zealand include the controversial and widespread use of 1080 aerial poison drops, trapping and ground baiting, and possum hunting by ground hunters (possum fur has become a vibrant industry in New Zealand and is used for winter clothing).

Although the current boom should not affect the long-term goal of New Zealand becoming pest-free, Elliot said the country would need additional technology such as genetic manipulation if it were to succeed, and would also need the “social licence” to implement poison drops.


“If we want to be predator-free it is going to require more tools than we’ve got at the moment.”
Posted by seemorerocks at 19:39