Russia Using Electronic Warfare Over the Skies of Syria

American General Says 'Adversaries' Are Jamming AC-130 Gunships in Syria
Russia, which already appears to be waging a hybrid conflict against the United States in the country, is very likely behind these attacks. 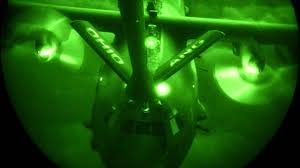 The head of the U.S. Special Operations Command says unspecified opponents in Syria, almost certainly Russian or Russian-support forces, have reportedly launched electronic warfare attacks against U.S. Air Force AC-130 gunships operating in the country, as well as other communications links. This is the latest in a string of reports that highlight the growing threat of jamming and other non-kinetic attacks to American military activities in the region and in general.

U.S. Army General Raymond Thomas revealed the new details in a keynote speech at the U.S. Geospatial Intelligence Foundation’s 2018 GEOINT Symposium. The officer, who is in charge of all of America’s special operations activities, used the anecdote to describe some of the challenges his operator face in sending and receiving intelligence and other critical information across the battlefield.

“Right now in Syria, we’re in the most aggressive EW [electronic warfare] environment on the planet from our adversaries,” Thomas said. “They’re testing us every day, knocking our communications down, disabling our AC-130s, etcetera.”

Other reports have suggested the general actually referred to the U.S. Air Force’s EC-130H Compass Call electronic warfare aircraft, but this does not appear to be the case when listening to recordings of the talk. In addition, Thomas says “our” aircraft and the EC-130s are not part of the Air Force’s Special Operations Command, which is assigned to SOCOM. Of course, he could also just be using "our" to describe American forces in Syria in general.

You can watch General Thomas' full speech below. He makes his comments about Syria at around 9:20 in the runtime.

For AC-130 crews, an enemy jamming their communications systems or data links could be especially perilous for both American special operators and supporting conventional forces and innocent bystanders. The gunships rely heavily on those systems to help locate and positively identify targets and then coordinate their attacks with other manned and unmanned aircraft and joint tactical air controllers on the ground.

Without those added tools, it can be extremely difficult for the crew to differentiate between friendly and hostile forces, and civilians, in the heat of a firefight. This is especially so at night, when AC-130s almost exclusively operate, and when American personnel are calling for support in so-called “danger close” situations where they might be situated very near to the intended target.

This could force a gunship to abort a potentially critical attack run or otherwise delay desperately needed fire support. If the crew were to press ahead with the mission, they could be doing so with increased risks. We have seen various examples of how badly this could play out in the past few years. 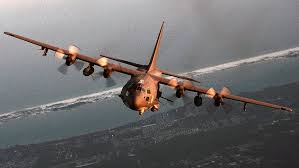 During a now infamous terrorist ambush of American and Nigerien troops in Niger in October 2017, French Mirage multi-role combat aircraft that arrived overhead did not attack the enemy fighters for fear of hitting friendly forces who were “overlapping” with the militants. The degraded capability, or outright inability, of U.S. personnel to communicate with the pilots was reportedly a factor.

In October 2015, an AC-130U Spooky gunship inadvertently destroyed a hospital in Kunduz, Afghanistan that the humanitarian group Médecins Sans Frontières, also known as doctors without borders, was operating at the time. A subsequent investigation showed that a key data link on the aircraft was not working at the time and that U.S. special operators on the ground blocks away from the intended target had decided to try and “talk in” the strike using only verbal descriptions of a building they could not physically see.

A friendly fire incident in Afghanistan in 2014, in which a B-1 bomber accidentally killed five Americans, offers yet another example of how things can go wrong. A final review of that incident found that the inability of the aircraft’s targeting system to detect infrared strobes that special operators use to identify themselves to friendly aircraft and miscommunication were both contributing factors.

Jamming GPS receivers could also more directly impair a gunships ability to accurately attack targets. The AC-130W Stinger II, one of the types we know has been flying over Syria and Iraq, relies heavily on precision-guided munitions, including GPS-guided types such as the GBU-39/B Small Diameter Bomb (SDB).

Many of the same factors could apply to any EC-130H or even regular C-130 operations in Syria. In addition to being able to jam targets themselves, the Compass Calls can locate enemy emitters and quickly relay that information on to other units who can then take additional action to either gather information or strike those targets.

And while the United States has set up a number of forward operating bases, complete with airstrips in many cases, to help resupply forces in Syria, the jamming could impede airlift missions or airdrops of supplies, the latter of which could be vital in an emergency. Not only do C-130s use GPS-enabled navigation systems to guide them to their drop zones, the U.S. Air Force also now employs GPS-assisted airdrop systems to better guide those deliveries closer to their intended recipients. This reduces the chances the packages will end up in a difficult or impossible to reach location, get damaged after impacting especially rugged terrain, or fall into enemy hands.

Depending on the how widespread and effective the electronic attacks are, they might have an impact on other types of U.S. manned and unmanned aircraft operating over Syria, too. A wide array of fixed-wing combat and combat support aircraft, as well as helicopters, are presently supporting the American-led fight against ISIS in the eastern part of the country.

And though General Thomas did not name any adversaries specifically, Russia has and continues to demonstrate its expanding electronic warfare capabilities, especially in Europe, and has publicly stated that it has deployed them in Syria. Syrian government forces or militias aligned with the country’s dictator Bashar Al Assad could have some capabilities of their own, as well, but would have almost certainly sourced them from the Kremlin.

Russian mercenaries could even be the ones operating the Syrian equipment, allowing officials Moscow to distance themselves from attacks on American troops. We at The War Zone have already noted previous U.S. military reports about GPS jamming in Syria and other information about installing jam-resistant equipment on secretive spy planes supporting special operations forces in the region.

It’s also worth noting that the full extent of Russian electronic warfare capabilities in Syria, or those of any other actor, remains unclear. Previous reports have suggested that unmanned aircraft, such as the MQ-9 Reaper, have not suffered as a result of at least some of the jamming, suggesting the attacks could be highly localized or otherwise not powerful enough to disable microwave satellite communications data links. Thomas’ remarks, however, would seem to suggest the situation is far more dangerous than we previously understood.

Regardless, the Kremlin has every reason to do as much as it can, as I have written before with regards to the apparent jamming of American drones:

“And it’s hard to imagine that Russia would not take advantage of this capability in its larger effort to impede American activities in Eastern Syria, which is staunchly opposes. Jamming the short-range drones limits the ability American troops to gain a better understanding of the situation around them, which can in turn only hamper their mission planning process and increase risks for them during more extended operations.

“Jamming would also be a way to help keep U.S. unmanned aircraft out of Western Syria, where Assad's regime is more firmly in control and where his forces continue to commit crimes against humanity with impunity. Still, manned aircraft from the American-led coalition fighting ISIS long ago stopped flying in that part of the country and the dubious de-confliction line Russia and the United States have agreed to in order to separate their operations should preclude any drones from missions there, as well.

“Jamming the linkages between a drone and its controllers on the ground is also a relatively low-risk proposition for Russia. If it succeeds in destroying the aircraft it is unlikely that an American service member will die in the process, reducing the likelihood of any immediate escalation. The largely opaque relationship actual Russian troops in the country have with private military contractors, militias aligned with Assad, Iranian personnel, and Syrian government forces give the Kremlin significant avenues to deny any responsibility whatsoever.”

The same logic applies to more widespread electronic warfare attacks against other aircraft and communications nodes on the ground. It makes even more sense after the U.S.-led missile strikes on Assad’s chemical weapons infrastructure on April 14, 2018. Though, as we noted, there have been reports that this has been going on for years now, the Kremlin is only likely to step up these activities as a low-cost, but still direct retaliatory response to the missile barrage. It is a much more deniable and discreet way of harassing the United States than other threats the Russians have made, such as reported plans to supply the Syrian regime with long-range S-300 surface-to-air missiles.

More to the point, the electronic warfare attacks, which can hamper operations or reduce confidence in certain communications and navigation systems, are well in line with Russia’s new hybrid warfare concepts, which also involve the use of proxy forces and information operations to muddy the waters surrounding various conflicts and obscure its involvement. General Thomas’ speech is only the most recent indication that there is truly a low-grade fight occurring between Russian and U.S. forces in Syria, as well as their respective partners, despite official narratives to the contrary.


Judge Nap: How did Trump get authorization to bomb Syria?