Iran threatens to ‘annihilate’ Israel, as Hezbollah boasts of reach of rockets
Head of Iranian army says his forces working to ensure collapse of Israel within 25 years; Hassan Nasrallah says his missiles can hit any target in Israel 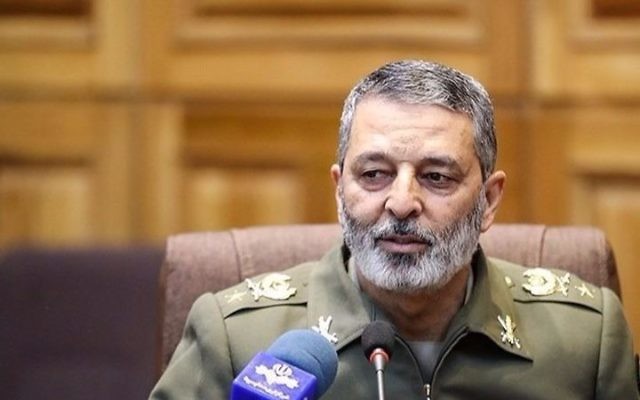 The head of the Iranian army on Saturday said Iranian forces were working to “annihilate” Israel and predicted they would achieve success within 25 years.

The threats from the Commander of Iran’s Army Major General Abdolrahim Mousavi come amid almost daily warnings of conflict from Tehran and Jerusalem, heightened by an alleged Israeli strike on an Iranian base in Syria earlier in the month.

“When the arrogant powers create a sanctuary for the Zionist regime to continue survival, we shouldn’t allow one day to be added to the ominous and illegitimate life of this regime,” Mousavi told a ceremony in Tehran on Saturday, according to the Fars news agency.

“The Army will move hand in hand with the IRGC so that the arrogant system will collapse and the Zionist regime will be annihilated,” General Moussavi said, refering to the Revolutionary Guards.

He predicted this would take place with in 25 years, a number frequently used by the Iranian leadership.
Speaking hours later Hezbollah chief Hassan Nasrallah warned that the Lebanese terror group’s rockets could hit all of Israel. 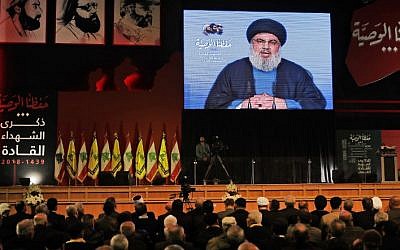 “The forces of the resistance today have the ability, the power and the missiles to hit any target in Israel,” said Nasrallah.  Hezbollah is one of Iran’s main proxies in its fight with Israel.
On Friday, the vice commander of Iran’s Revolutionary Guards warned Israel  that its airbases are “within reach,” in remarks apparently reacting to Israel’s publication on Tuesday of a map showing five Tehran-controlled bases in Syria. 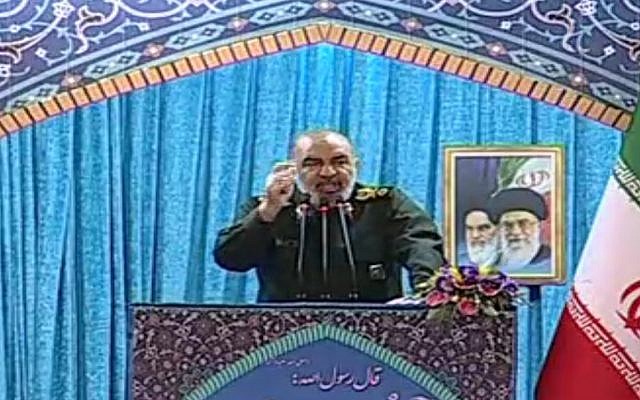 “Israel: Don’t trust in your airbases; they’re within reach,” Hossein Salami wrote on Twitter, also making similar comments in a fiery speech.
Israel, said Salami, was living “in the dragon’s mouth.” Both northern and western Israel were “in the range of our missiles,” he threatened, in a speech given in Tehran.
“Wherever you are in the occupied land, you’ll be under fire from us, from east and west. You became arrogant. If there’s a war, the result will be your complete elimination,” he said.
“Your soldiers and civilians will flee, and you won’t survive. And you’ll have nowhere to run, except to fall into the sea.”
“Don’t have hope in US and UK; when they arrive, you’re not there… Smallest goal will be your existence. You can’t bear. When you escape, you’ll have no way but to the sea.
As Iran stepped up it threats against Israel, Defense Minister Avigdor Liberman warned Tehran on Friday not to even consider an attack on the Jewish state, which he said has never been better prepared to counter Iran.
“I would suggest to all those on our northern border to think again about what they are doing,” Liberman said.
“It’s seriously not worth it for you to test the IDF, nor the state of Israel,” said Liberman who was touring the Gaza border. “We are ready for every scenario. We are ready for a multi-front scenario and I don’t remember a time when we were so prepared and so ready, both the army and the people of Israel.”
Iranian officials have been making increasingly bellicose remarks following an April 9 strike on the T-4 air base, near Palmyra in central Syria, which killed at least seven members of the IRGC, including the head of its drone program, Col. Mehdi Dehghan. 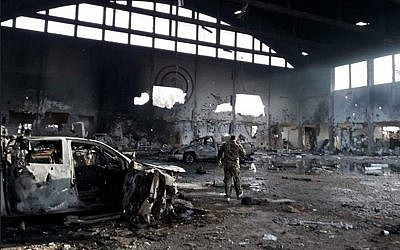 A photo released by Iranian media reportedly shows the T-4 air base in central Syria after a missile barrage attributed to Israel on April 9, 2018. (Iranian media)

Iran, Syria, Russia, and some US officials have all said explicitly that Israel was responsible for the strike.
Israeli officials refuse to comment on the matter, though The New York Times quoted an Israeli military official as acknowledging that the Jewish state was behind the attack.
Amid the escalating rhetoric, Prime Minister Benjamin Netanyahu has made several threats against Iran in recent days.

A map of Syria, provided to Israeli media, April 17, 2018, shows the approximate locations of five bases that Israel believes to be controlled by Iran. These are Damascus International Airport, the Sayqal air base, the T-4 air base, an airfield near Aleppo, and a base in Deir Ezzor. Their exact locations on the map are not entirely accurate. The Sayqal base, for instance, is located east of Damascus, not south of it as it appears on the map.

On Friday, he told a festive post-Independence Day cabinet meeting, “We hear the threats from Iran. The IDF and the security forces are ready for any development. We will fight whoever tries to harm us. We will not shy away from the price and we will exact a price from those who want to hurt us. The IDF is ready for the job and the people will stand strong.”
On Tuesday, ahead of Israel’s Independence Day and in an apparent effort at deterrence, Israeli media was provided by the IDF with a map showing five Iranian-controlled bases in Syria, which would apparently constitute potential targets for an Israeli response should Iran carry out any kind of attack. 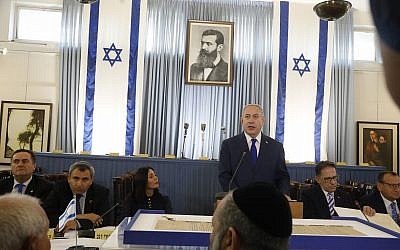 On Monday, a spokesman for Iran’s foreign ministry said the country’s retaliation against Israel will come “sooner or later” and that Jerusalem will “regret its misdeeds.”
Israel’s defense establishment — the country’s various intelligence services and the military — believes an Iranian revenge attack would likely be carried out by the IRGC’s air force, with surface-to-surface missiles or armed drones, The Times of Israel has learned.
That would be a departure from previous clashes between Israel and Iran, in which Tehran’s reprisals were carried out through proxies, like the Hezbollah terrorist group, rather than by its own Revolutionary Guard Corps.

Posted by seemorerocks at 13:07