BREAKING: DOJ will make the 6 months of missing texts that were eventually located by IG between Strzok and Page available to Congress sometime tonight or tomorrow, according to sources...developing https://twitter.com/SaraCarterDC/stat...
Bombshell: FEC Records Indicate Hillary Campaign Illegally Laundered $84 Million https://www.politico.com/story/2016/0...
The Democratic front-runner says she's raising big checks to help state committees, but they've gotten to keep only 1 percent of the $60 million raised. https://www.politico.com/story/2016/0...
IG investigating Comey memos over classified information: report http://thehill.com/policy/national-se...
Comey says he orchestrated leak of memos https://www.youtube.com/watch?v=rXcET... ...(
SCIF) at the FBI... Mr. Comey provided him four of the seven... Professor Richman had four of the seven memos... it would appear that at least one memo the former FBI director gave Professor Richman contained classified information https://www.judiciary.senate.gov/imo/...
Need further proof that the fix was in from Pres. Obama on down? BUSTED: 19,252 Emails from DNC Leaked by Wikileaks http://web.archive.org/web/2016112009...
Fusion GPS official met with Russian operative before and after Trump Jr. sit-down http://www.foxnews.com/politics/2017/...
The Dallas IRS Office That's Quietly Determining the Fate of the Clinton Foundation http://www.dallasobserver.com/news/th...
On March 18, 2009, Hillary Clinton stopped using her longstanding email, hr15@att.blackberry.net, and switched to a new account: hrod17@clintonemail.com. https://www.politico.com/magazine/sto...

Political SHTF! DOJ will provide to Congress 6 Months of "Lost" Texts Between FBI Strzok and Page 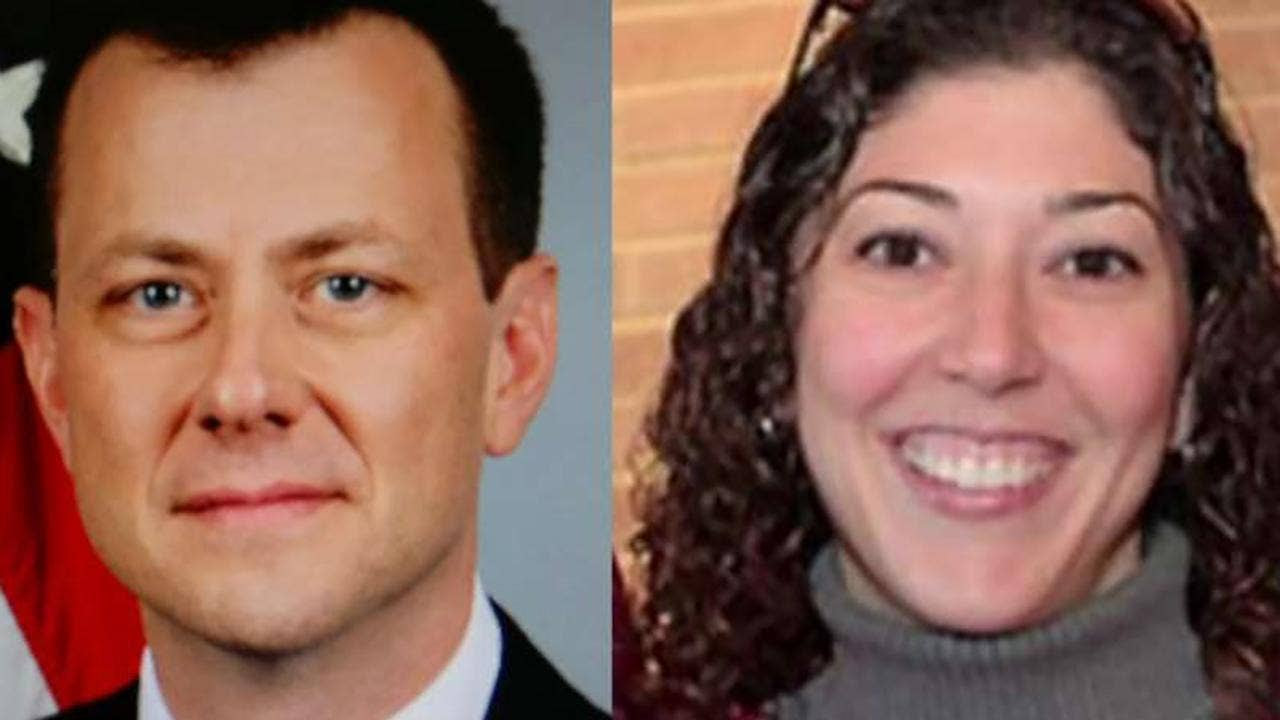 Hal Turner,
24 April, 2018
A lot of people in government are literally sick to their stomach tonight; the Department of Justice (DOJ) will turn over to Congress 6 months of text messages between two Hillary-Shill-FBI-Agents!   The political and legal fallout from what is about to take place is shaking Washington to its core.
By now most of America is familiar with two names of FBI folks at the epicenter of political intrigue and corruption: Peter Strzok and Lisa Page, pictured above.
Those were the two who texted back and forth to each other about an "Insurance policy" to deal with Trump if he won the election . . . exposing an overt and illegal misuse of government Intelligence resources to potentially sabotage an incoming President and to potentially neutralize a lawful election. In simple terms, it appears so far that Strzok and Page were part of an effort by a group of high ranking government officials in several government agencies, to literally "frame" Donald Trump through false accusations of "Russia Collusion" in order to halt his Presidency.  The effect, at worst, would have been the nullification-by-subterfuge of a lawful American Presidential Election.  In more blunt terms, these folks seemed to think they knew better than 62 Million of us who voted for Trump, and they seemed determined to put a stop to OUR choice for President!
When the actions of these two came to light through text messages, Congress demanded the FBI turn over 6 months worth of their text messages for further investigation by Congressional oversight committees.
The country was then STUNNED to hear the  FBI  "accidentally deleted" those records.  (Editor's note: The FBI was utterly DESPERATE to conceal those texts for fear the country would find out it had become the equivalent of  political police, mis-using the government to effect an election.)
What the FBI didn't realize at the time was that the Inspector General already had certified copies of all those text messages; the FBI's "accidental" deletion meant nothing.
Tonight, sources confirm to me that the DOJ will make the 6 months of missing texts between Strzok and Page available to Congress sometime tonight or tomorrow.
Prepare yourselves.  The political and legal fallout from this may very well be staggering.

Posted by seemorerocks at 20:53