Contradictory accounts on Russia's supply of S-300's to Syria

Earlier, the daily Kommersant quoted its sources as saying that Russia would provide S-300 systems to Syria on the disinterested basis.

Hal Turner's account may be based on this earlier report. Meanwhile the Israelis are reporting that the S-300's are being supplied.

Put it all down to the Fog of War.
Russia to Provide Syria with Advanced S-300 Surface-to-Air Missile (SAM) System - FREE 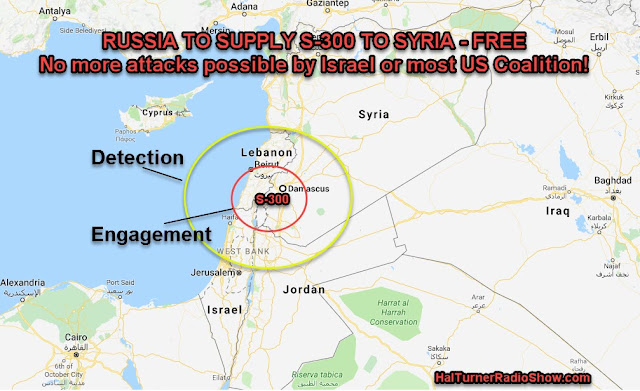 Russia has agreed to supply Syria with the S-300 Surface-to-Air missile system, and do so at NO COST, to prevent future attacks upon Syria by Israel, the U.S. and its coalition partners.

Israel says the S-300 is a "threat" which they may attack before it becomes operational.
Russia says that its troops will be located at each S-300 site teaching the Syrians how to use the new system. If Israel were to attack those systems and kill Russian soldiers, Israel would have very bad problem.
The version of the S-300 Russia will begin delivering is the S-300 "Favorit."
Back in 2010, Damascus contracted with Russia to receive the S-300, but the contract was canceled at the request of Israel, which feared for its airspace.
Now, after the US, UK and France used a completely staged and totally false "Chemical Gas Attack" to justify attacking the Syrian government two weeks ago, this time  the supply of S-300 Favorit will be carried out . . . .  and FREE OF CHARGE!
These new missiles will tremendously enhance Syrian air defense covering Damascus.
Experts believe that the reaction of the Israeli military to such a move will be predictably negative, and some do not exclude their attack on the locations of the S-300 deployment.
Statements about the readiness to supply Damascus with S-300 complexes were sounded for the first time a few hours after the US, Great Britain and France inflicted a massive missile and bomb attack on Syria on April 14 . The first was made by the chief of the operational headquarters of the Russian Federation Armed Forces General Staff Sergei Rudskaya:
"Taking into account what happened, we consider it possible to return to consideration of this issue - and not only against Syria, but also other states."
On April 16, Russian Foreign Minister Sergei Lavrov said in an interview with the BBC:
"In order to help the Syrian army contain aggression, we are ready to consider all the necessary steps." And on April 20 he directly told RIA Novosti, that after the last shelling of Syria "we now have no moral obligations."
On the same day, Vladimir Putin held a meeting with the Chief of the General Staff of the RF Armed Forces Valery Gerasimov and Defense Minister Sergei Shoigu. At the meeting "some aspects of the situation in Syria" were discussed. There were no other details reported.
It is assumed that components of the S-300 (radar stations, transport-loading machines, control posts, launchers, etc.) will be delivered to Syria either by air transport aircraft or by the Russian Navy.
The S-300 could have appeared in Syria much earlier. In 2010, the Ministry of Defense of the Republic and the special exporter of Russian arms Rosoboron export signed a contract for four battalions of SAM in the version of the S-300PMU-2. The contract was first hampered by the civil war that began in 2011 in Syria - only the radar stations were transferred to the customer, but not the rest of the equipment (including launchers and missiles). 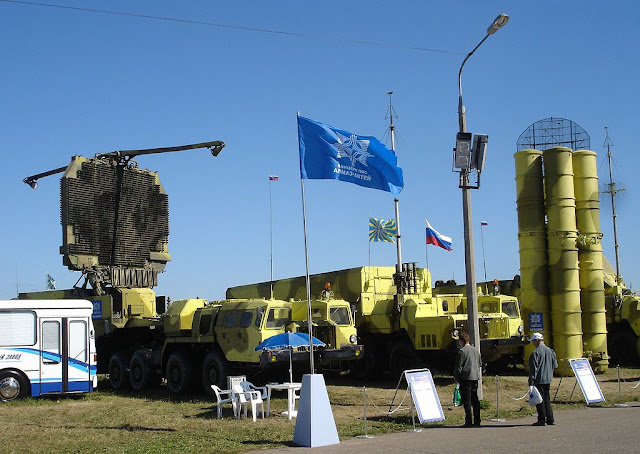 In addition to internal circumstances, there were external ones: the Syrian S-300 supply was constantly criticized by Israel, who believed that, having received such a powerful weapon, the Syrian military could control its airspace. Eventually, at the request of Tel Aviv, the contract was canceled. "The Israelis expressed concern about the delivery of the same S-300 systems to another country in the region, since the S-300 can get Israeli territory from its territory," President Vladimir Putin said during a direct line on April 16, 2015 , clarifying that Russia's concern has divided and returned to the customer about $ 400 million in advance. Subsequently, these S-300PMU-2 were adapted to the requirements of another customer - Iran, who bought them for $ 1 billion ( see "Kommersant" on November 10, 2015 ).
Together with the Soviet systems S-125, S-200, Buk, Kvadrat and Osa, they will form the basis of an echeloned Syrian air defense, which will be able to shield not only Damascus, but also a number of military bases from possible attacks by Israel and the US coalition, where Syrian aviation is stationed and Iranian military instructors are located.


At present, Israel launches aircraft from inside its territory, which fly north into Lebanon.  From Lebanon, the Israelis launch air-to-ground missiles into Syria.   When the S-300 goes active, such attacks will no longer be possible.
Not only will the S-300 detect the Israeli aircraft AND the missiles they fire, the S-300 travels faster than the Israeli jets, and can shoot them down before they ever return to Israel.  Thus, deployment of this new system in Syria will put a stop to the attacks conducted by Israel.
According to Colonel Viktor Murakhovsky, it makes sense to transfer at least three or four divisions of the air defense system of this type.
As of right now, Russian anti-aircraft missile systems S-400 protect airspace in Khmeimim and Masyafa, and the S-300V4 covers the logistics center of the Russian Navy in Tartus.
Moscow believes that the deployment of the S-300 in Syria will stabilize the situation and will not allow the Israelis and the coalition led by the United States to  destroy civil and military infrastructure.
"Earlier, the daily Kommersant quoted its sources as saying that Russia would provide S-300 systems to Syria on the disinterested basis. The newspaper said this would make it possible to create a multi-tier system of air defense in Syria capable of protecting Damascus and air bases from attacks. The Russian military command said such a decision might be made after the missile attack the United States and its allies dealt against military and civilian facilities in Syria."

No decision made yet if S-300 is to be provided to Syria: Lavrov

“I cannot say that this question has been settled,” Lavrov said. “We know what Russian President Vladimir Putin said. He has discussed such matters with an official of our Defense Ministry from the standpoint of preventing a situation where Syria might turn out insufficiently prepared for aggressive attacks, like the one that occurred on April 14. It remains to be seen what decisions will be made by the Russian leadership and Syrian officials. Apparently, no secrets are due here. All this can be announced.”

He warned there existed a certain risk of more provocations by Western countries against Syria.

“Certainly, one should be prepared to see more provocations, although we have warned our US and European counterparts who participated in that adventure,” he said.

Moscow finds worrisome “the plans regarding Syria’s future our Western counterparts are hatching.”

“Just recently I heard French President Emmanuel Macron urge the United States not to pull troops out of Syria even after the last terrorist has been eliminated or driven out of that country. The French leader was very close to saying foreign presence there should remain permanent for building new Syria,” Lavrov said. “That’s colonial stance.”

“We will ask our French partners what specifically they have in mind, because so far they have said at all levels that the US-led coalition in Syria pursues exclusively the elimination of the threat of terrorism coming from the Islamic State (outlawed in Russia) and other organizations the UN Security Council has identified as terrorist. This is a very serious question. We will keep working,” Lavrov said.

Earlier, the daily Kommersant quoted its sources as saying that Russia would provide S-300 systems to Syria on the disinterested basis. The newspaper said this would make it possible to create a multi-tier system of air defense in Syria capable of protecting Damascus and air bases from attacks. The Russian military command said such a decision might be made after the missile attack the United States and its allies dealt against military and civilian facilities in Syria.
Strikes on Syria
On April 14, the United States, Britain and France dealt a massive strike on Syria without approval from the UN Security Council. According to the Russian Foreign Ministry a research center in Damascus, the headquarters of the republican guard, an air defense base, several military airdromes and military warehouses were among the targets.
The Russian Defense Ministry said the attack lasted from 03:42 to 05:10 local time. Of the 103 missiles launched the Syrian air defense shot down 71.
Three local civilians were injured. Washington, London and Beijing said the strikes were in retaliation for an alleged chemical weapons attack in Syria’s Douma on April 7.
More:
http://tass.com/defense/1001272