I am always looking for signs of crop failures as a result of abrupt climate change.

The headline below seems to indicate that this is propaganda. 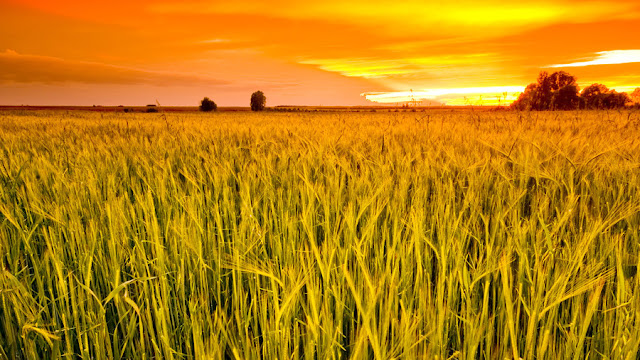 This season's grain production in Russia has beaten last year's bumper crop and the record harvest set by the USSR in 1978, according to new data revealed by the statistics agency Rosstat.

However, you have to be careful for one’s own biases. Even though the crop looks to be poorer than the last (the biggest on record) the graph indicates that despite this the 2018-19 crop is still likely to be the second largest crop in the past few years.
Russia's Wheat Crop Under Threat From Miserable Start to Spring

Russia’s poor start to spring means farmers may struggle to collect a wheat crop that’s near to last year’s record.

Cold weather in central areas and the Volga valley delayed the resumption of winter wheat growth by about two to three weeks compared with last year, according to the Institute for Agricultural Market Studies, or IKAR. Lingering snow has also given farmers in the world’s top exporter less time to sow spring crops, potentially leading to smaller-than-expected plantings. 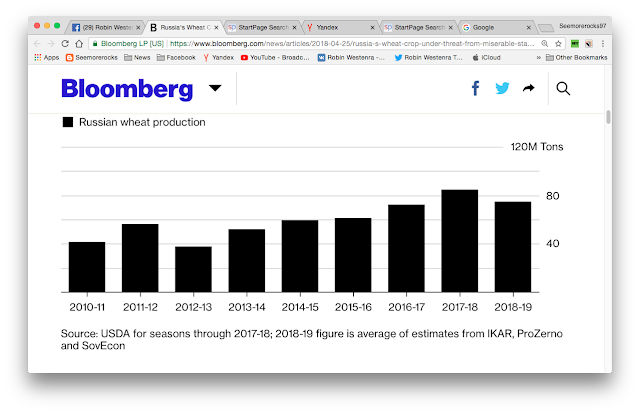 Source: USDA for seasons through 2017-18; 2018-19 figure is average of estimates from IKAR, ProZerno and SovEcon

That prompted IKAR to cut its harvest estimate to between 72 million and 78 million metric tons, down at least 9 percent from a year earlier. Consultant ProZerno sees bigger declines. The risk to Russian output comes as dryness is threatening crops in the U.S. Plains and as the International Grains Council expects global production to fall next season for the first time in at least three years.
“The growing conditions are less favorable than last year,” meaning Russian yields will probably decline, said Oleg Sukhanov, chief of grains research at IKAR. “Acreage will most likely be a bit less as well.”
Read more: Spring crops in France to Black Sea at risk from planting delays
The crop is still expected to be one of the biggest on record, and there’s time for weather to affect output before farmers start harvesting in a couple of months. For example, since May 2017, the U.S. Department of Agriculture steadily raised its forecast for Russia’s production this season from 67 million tons to 85 million tons.
Conditions are better in Russia’s south, the country’s main wheat-growing and exporting region, and there’s a chance the harvest there will be bigger than last year’s, Sukhanov said. Consultant ProZerno in Moscow raised its estimate for the total wheat crop by 2.7 percent earlier this month, citing an improved outlook for the south. Rains in central parts were “really good” for winter wheat in the past week, said Andrey Sizov Jr., SovEcon’s managing director.
Here’s a breakdown of estimates: 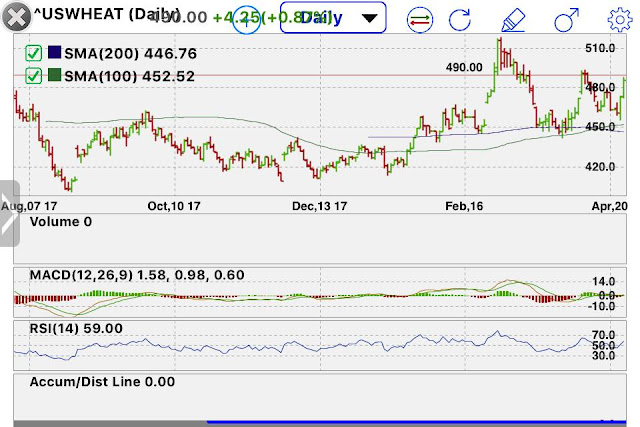 The price of both crops is now going up again. This is the first year since I have been following the prices that there has been such a persistent uptrend in prices. (especially corn)
Posted by seemorerocks at 15:31