I’m not really a user of Twitter so I hadn’t come across Ian56789 before; I have become acquainted with him thanks to the Guardian’s hit-piece.

Coming across Ian’s interview with a couple of hacks from Sky News trying turns to try and bring him down came as a revelation to me and has made my day.

It all shows how if you try to reinforce ignorance by doubling down with fact-free innuendo all you get is double ignorance.

I apologise for the wonky formatting. 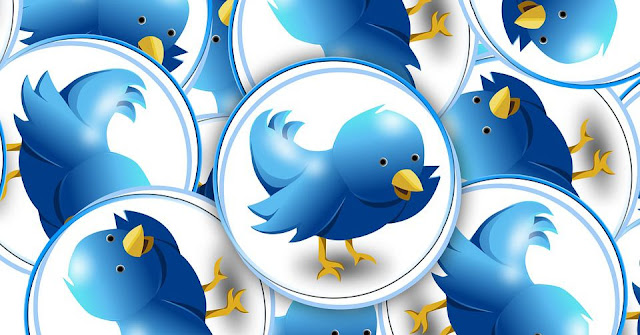 In case you missed out on it the Guardian came out with a hit piece attacking the anti-war movement by dehumansing them and turning intelligent critics of the dominant narrative into “Kremlin bots”.

https://www.theguardian.com/world/2018/apr/19/russia-fake-news-salisbury-poisoning-twitter-bots-uk
I found it hugely encouraging and inspiring to hear one man, an “ordinary Englishman’, armed with only the facts face down two power-dressed cretins who had no other argument (once they discovered that Ian is in fact human and not a machine) other than superciliously suggesting that by questioning the government lies he is being ‘unpatriotic’. The best argument this duo could come up with to back up their claim was to hark back to a tweet from 2012 in which Ian said he ‘voted’ for Ron Paul. This begs the question of whether he would have been seen as ‘unpatriotic’ had he ‘voted’ for Hillary Clinton.
The only thing I might have done had I the wit under the pressure would have been to ask these two if they knew what a ‘bot’ is.
To help these two here is the Wikipedia definition:
"An Internet Bot, also known as web robot, WWW robot or simply bot, is a software application that runs automated tasks (scripts) over the Internet.[1] Typically, bots perform tasks that are both simple and structurally repetitive, at a much higher rate than would be possible for a human alone. The largest use of bots is in web spidering (web crawler), in which an automated script fetches, analyzes and files information from web servers at many times the speed of a human."

The term ‘Russian’ or ‘Kremlin’ should be clear to everyone.
The implication is that critically-thinking human beings that are able to win the support of many thousands of people on the internet are a) Russian or under Kremlin control or instruction and b) equivalent to a software application that ‘runs automated tasks over the internet’
Instead these are real, thinking human beings that ‘bleed red’.
What the Establishment is trying to say is it is impossible for thousands of British (and other people) to question the government’s lies. If they do they must be ‘bots’.
It also implies that Russians do not have any independent opinions of their own but are taking instructions from the Kremlin and the mastermind of all the evil in the world, Vladimir Vladimirovich Putin.

****
Here is a very small sample of other 'robots' that strangely have names, giving moral support to Ian


Here is Ian’s statement to Sky TV which is very like similar epistles I have sent to Radio NZ – all to no avail.

It all seems horribly familiar – the two-faced and mendacious lies addresses wrapped in a veneer of reasonableness.

Sky statement - why I'm not a Russian bot

Why I'm not a Russian bot.

I have been campaigning against the Neocons and the Neocon Wars since January 2002, when I first realised Dick Cheney and the PNAC crowd were going to use 9/11 as the pretext to launch a disastrous invasion of Iraq. This has nothing to do with Russia. It has EVERYTHING to do with the massive lies constantly told by the UK & US governments about their illegal Wars of Aggression.

PNAC's agenda was revealed by General Wesley Clarke on a statement on Democracy Now, saying the Bush Admin (or Donald Rumsfeld) planned to invade or Regime Change 7 countries in 5 years.

These countries were: Iraq, Libya, Syria, Lebanon and Iran, with a side order of Sudan and Somalia.

The 25 original signatories to PNAC included Dick Cheney, Donald Rumsfeld and Paul Wolfowitzhttps://wikispooks.com/wiki/Project_for_the_New_American_Century
These plans were a follow up to Richard Perle's 1996 "A Clean Break" which proposed to launch Wars of Aggression in the Middle East, to "Balkanize them" and to use Wahhabi terrorist proxies in order to do it.

In 1996 a think tank published a paper titled "A Clean Break: A New Strategy for Securing the Realm." In this paper the authors, which included Richard Perle (of PNAC fame) and other staunch neoconservatives, advocated goals such as the destabilization of Syria through proxy warfare, and the removal of Saddam Hussein from power in Iraq, in order to create greater 'security' for Israel. Earlier plans called for the use of Islamic fundamentalism to carry out this 'destabilization,' and established the rational behind such a decision:

"[A] possibility, which could even be precipitated by [Islamic] fundamentalism, is what has late been fashionable to call 'Lebanonization.' Most of the states of the Middle East—Egypt is an obvious exception—are of recent and artificial construction and are vulnerable to such a process. If the central power is sufficiently weakened, there is no real civil society to hold the polity together, no real sense of common identity.... The state then disintegrates—as happened in Lebanon—into a chaos of squabbling, feuding, fighting sects, tribes, regions, and parties."

Link to further information on "A Clean Break" http://www.informationclearinghouse.info/article1438.htm

The War in Libya was deliberately instigated by the US, UK, Saudi Arabia and Qatar in order to topple Gaddafi.

A spurious pretext was given that "Gaddafi was murdering civilians". As reported by a UK Parliamentary enquiry, these claims were totally without foundation. Gaddafi was fighting al-Qaeda terrorists and was doing his best to avoid civilian casualties. Only a tiny fraction of those killed were women and children.

The story that Gaddifi was giving Viagra to his soldiers to rape the local womwn was also a TOTAL fabrication by the US/UK governments and a deliberate lie.

The War in Syria was again instigated by the US, UK, Saudi Arabia and Qatar arming the Muslim Brotherhood and al-Qaeda supporting terrorists.

This is an excellent video on the True Origins of the War in Syria https://www.youtube.com/watch?v=zGEc-CMsrQs&feature=youtu.be

I am totally opposed to the US & UK trying to overthrow Assad and turning Syria into another failed state like Libya, ruled by gangs of Islamist Extremist militants and causing an even greater refugee crisis (which according to the UN, is already the worst since WW2).

Theresa May & Boris Johnson have told a WHOLE series of very obvious lies about the Skripal poisoning. and should be called out on their lies.
E.G. Novichok can be made almost anywhere, it is very simple to make and anyone with a chemical weapons lab could make it - so that's 20 countries at least.

There is also the possibility of a Russian dissident who opposes Putin to have obtained a small quantity of Novichok and used it on Skripal, either as revenge against Skripal or to cause trouble for Russia.

ANYONE who wanted to cause trouble for Russia had a motive to carry out the attack on the Skripals. It doesn't take a rocket scientist to work out which governments or intelligence agencies had the greatest motive, when the motive is almost certainly to whip up anti Russia hysteria for the Warmongers.

Lie upon lie has been told by the UK government about the Skripal poisoning. Previously the government said the poison had been smeared on Sergei Skripal's front door handle - presumably by a Russian in a Hazmat suit at around 4am Sunday morning, and unseen by anyone!!!!

Anyone who believed this fairy tale needs their head examined. Why did the "most lethal nerve agent known to man" take 4 to 7 hours to have an effect after the poison had been administered?

The government claim "the Novichok was in a pure military grade form".

Suspects and motives and the evidence on the Skripal poisonings, debunking all of the UK government's claims http://www.unz.com/article/russian-to-judgement/#comment-2250937

The alleged chemical attack in Syria was very obviously a hoax staged by the Jaish-al-Islam terrorists who controlled the area. Assad had less than zero motive to carry out such an attack and as Rand Paul recently and correctly stated on CNN it would be "the most stupidest thing Assad could possibly do" to carry out a "chemical attack" and give the US & UK the pretext to bomb him.

There is zero evidence of Assad ever using chemical weapons against his own people http://ian56.blogspot.co.uk/2018/04/contrary-to-neocon-war-propaganda-there.html

The above article also debunks the latest alleged attack in Douma in early Apri 2018.

It is now increasingly evident that no chemical attack ever took place in Douma. The videos taken by the White Helmets, who are the terrorists propaganda wing, staged the scenes of panic in the hospital and arranged pictures of dead bodies (who might have died anywhere and at any time in the preceding couple of weeks). The Terrorists might also have murdered the scores of civilian prisoners they had captured from nearby villages a while ago.

See Veteran War Journalist Robert Fisk recent article in the UK's Independent. Some people suffered suffocation and breathing details due to the dust in the tunnels and basements where people were taking cover from the conventional bombs, but NOBODY was treated for chemical poisoning.

Robert Fisk: The search for the truth in the rubble of Douma https://www.independent.co.uk/voices/syria-chemical-attack-gas-douma-robert-fisk-ghouta-damascus-a8307726.html

The US, UK and French bombing of Syria carried out on the night of April 13/14, even though it was only a cosmetic PR stunt,with only very trivial damage being done, was still a War Crime.

The government of Syria has not attacked the United States, nor the UK nor France, and neither has it threatened to "imminently" do so - the definition of "Self Defence" in the UN's charter.

Neither did these bombs destroy any of Assads "chemical weapons facilities" Assad doesn't have any as the OPCW have signed off on as recently as November 2017, and no chemical weapons were released into the atmosphere and nobody was poisoned as a result of the bombs.

Similarly there has been no UN Resolution passed authorizing the use of Military Force against the Assad government.
Posted Yesterday by Ian Shilling

There is something particularly chilling about this interaction (as well as with the insinuation by the BBC that the ex-Lord of the Admiralty is being unpatriotic in an 'information war with Russia' and other media interactions that takes us back to the totalitarian past of the 1930's.

It all reminds me of Pravda and ‘Izvestiya (which we all know contained neither news nor truth) – with advertisements. 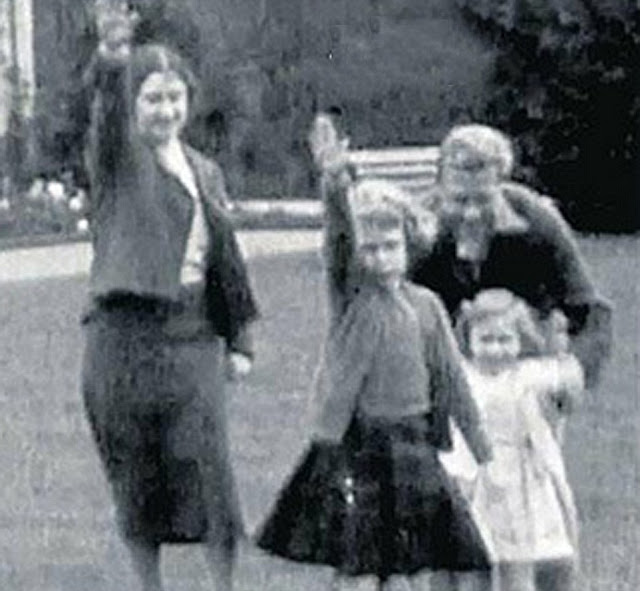 Perhaps, because of the British ruling class 1930’s’ love affair with Nazism this might be more appropriate.

'Der Stuermer' without the backup of the Gestapo.

Are the historical parallels overblown? I don't think so. 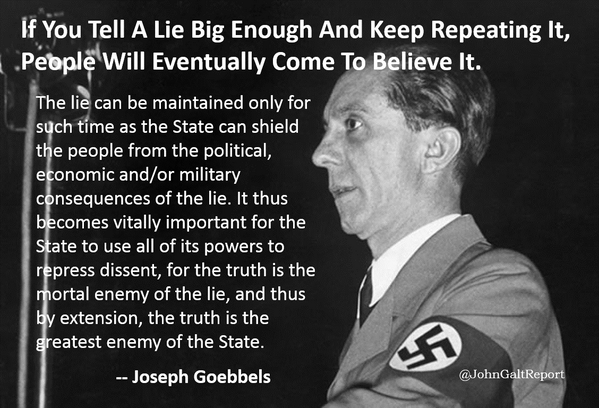 Which brings me to the other person singled out by the Guardian – SyrianGirl.

Here is her response to the whole thing:

With typical British hypocrisy SyriaGirl was tweeted – of course we would have had you on if we were able to get hold of you. “Unfortunately our email wasn’t working”


If Ian was able to make breakfast of the media do you think they wanted to take on someone as confident in her facts as SyrianGirl.

Again, I think not!