Daring to describe things as they are


'We're doomed': Mayer Hillman on the climate reality no one else will dare mention 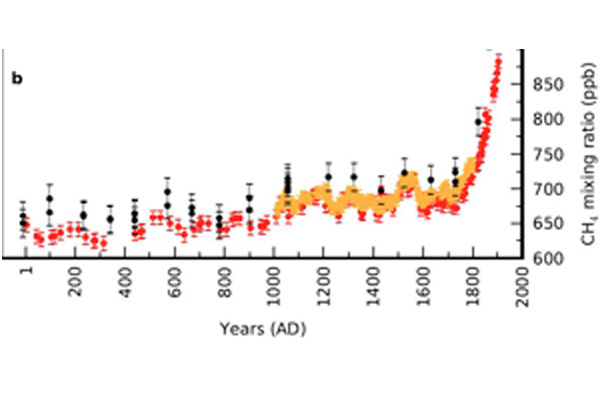 “We’re doomed,” says Mayer Hillman with such a beaming smile that it takes a moment for the words to sink in. “The outcome is death, and it’s the end of most life on the planet because we’re so dependent on the burning of fossil fuels. There are no means of reversing the process which is melting the polar ice caps. And very few appear to be prepared to say so.”

Hillman, an 86-year-old social scientist and senior fellow emeritus of the Policy Studies Institute, does say so. His bleak forecast of the consequence of runaway climate change, he says without fanfare, is his “last will and testament”. His last intervention in public life. “I’m not going to write anymore because there’s nothing more that can be said,” he says when I first hear him speak to a stunned audience at the University of East Anglia late last year

From Malthus to the Millennium Bug, apocalyptic thinking has a poor track record. But when it issues from Hillman, it may be worth paying attention. Over nearly 60 years, his research has used factual data to challenge policymakers’ conventional wisdom. In 1972, he criticised out-of-town shopping centres more than 20 years before the government changed planning rules to stop their spread. In 1980, he recommended halting the closure of branch line railways – only now are some closed lines reopening. In 1984, he proposed energy ratings for houses – finally adopted as government policy in 2007. And, more than 40 years ago, he presciently challenged society’s pursuit of economic growth.


When we meet at his converted coach house in London, his classic Dawes racer still parked hopefully in the hallway (a stroke and a triple heart bypass mean he is – currently – forbidden from cycling), Hillman is anxious we are not side-tracked by his best-known research, which challenged the supremacy of the car.


“With doom ahead, making a case for cycling as the primary mode of transport is almost irrelevant,” he says. “We’ve got to stop burning fossil fuels. So many aspects of life depend on fossil fuels, except for music and love and education and happiness. These things, which hardly use fossil fuels, are what we must focus on.”


While the focus of Hillman’s thinking for the last quarter-century has been on climate change, he is best known for his work on road safety. He spotted the damaging impact of the car on the freedoms and safety of those without one – most significantly, children – decades ago. Some of his policy prescriptions have become commonplace – such as 20mph speed limits – but we’ve failed to curb the car’s crushing of children’s liberty. In 1971, 80% of British seven- and eight-year-old children went to school on their own; today it’s virtually unthinkable that a seven-year-old would walk to school without an adult. As Hillman has pointed out, we’ve removed children from danger rather than removing danger from children – and filled roads with polluting cars on school runs. He calculated that escorting children took 900m adult hours in 1990, costing the economy £20bn each year. It will be even more expensive today.


Our society’s failure to comprehend the true cost of cars has informed Hillman’s view on the difficulty of combatting climate change. But he insists that I must not present his thinking on climate change as “an opinion”. The data is clear; the climate is warming exponentially. The UN Intergovernmental Panel on Climate Change predicts that the world on its current course will warm by 3C by 2100. Recent revised climate modelling suggested a best estimate of 2.8C but scientists struggle to predict the full impact of the feedbacks from future events such as methane being released by the melting of the permafrost.

Hillman is amazed that our thinking rarely stretches beyond 2100. “This is what I find so extraordinary when scientists warn that the temperature could rise to 5C or 8C. What, and stop there? What legacies are we leaving for future generations? In the early 21st century, we did as good as nothing in response to climate change. Our children and grandchildren are going to be extraordinarily critical.”


Global emissions were static in 2016 but the concentration of carbon dioxide in the atmosphere was confirmed as beyond 400 parts per million, the highest level for at least three million years (when sea levels were up to 20m higher than now). Concentrations can only drop if we emit no carbon dioxide whatsoever, says Hillman. “Even if the world went zero-carbon today that would not save us because we’ve gone past the point of no return.”


Although Hillman has not flown for more than 20 years as part of a personal commitment to reducing carbon emissions, he is now scornful of individual action which he describes as “as good as futile”. By the same logic, says Hillman, national action is also irrelevant “because Britain’s contribution is minute. Even if the government were to go to zero carbon it would make almost no difference.”


Instead, says Hillman, the world’s population must globally move to zero emissions across agriculture, air travel, shipping, heating homes – every aspect of our economy – and reduce our human population too. Can it be done without a collapse of civilisation? “I don’t think so,” says Hillman. “Can you see everyone in a democracy volunteering to give up flying? Can you see the majority of the population becoming vegan? Can you see the majority agreeing to restrict the size of their families?”


Hillman doubts that human ingenuity can find a fix and says there is no evidence that greenhouse gases can be safely buried. But if we adapt to a future with less – focusing on Hillman’s love and music – it might be good for us. “And who is ‘we’?” asks Hillman with a typically impish smile. “Wealthy people will be better able to adapt but the world’s population will head to regions of the planet such as northern Europe which will be temporarily spared the extreme effects of climate change. How are these regions going to respond? We see it now. Migrants will be prevented from arriving. We will let them drown.”


A small band of artists and writers, such as Paul Kingsnorth’s Dark Mountain project, have embraced the idea that “civilisation” will soon end in environmental catastrophe but only a few scientists – usually working beyond the patronage of funding bodies, and nearing the end of their own lives – have suggested as much. Is Hillman’s view a consequence of old age, and ill health? “I was saying these sorts of things 30 years ago when I was hale and hearty,” he says.

Hillman accuses all kinds of leaders – from religious leaders to scientists to politicians – of failing to honestly discuss what we must do to move to zero-carbon emissions. “I don’t think they can because society isn’t organised to enable them to do so. Political parties’ focus is on jobs and GDP, depending on the burning of fossil fuels.”


Without hope, goes the truism, we will give up. And yet optimism about the future is wishful thinking, says Hillman. He believes that accepting that our civilisation is doomed could make humanity rather like an individual who recognises he is terminally ill. Such people rarely go on a disastrous binge; instead, they do all they can to prolong their lives.


Can civilisation prolong its life until the end of this century? “It depends on what we are prepared to do.” He fears it will be a long time before we take proportionate action to stop climatic calamity. “Standing in the way is capitalism. Can you imagine the global airline industry being dismantled when hundreds of new runways are being built right now all over the world? It’s almost as if we’re deliberately attempting to defy nature. We’re doing the reverse of what we should be doing, with everybody’s silent acquiescence, and nobody’s batting an eyelid.”