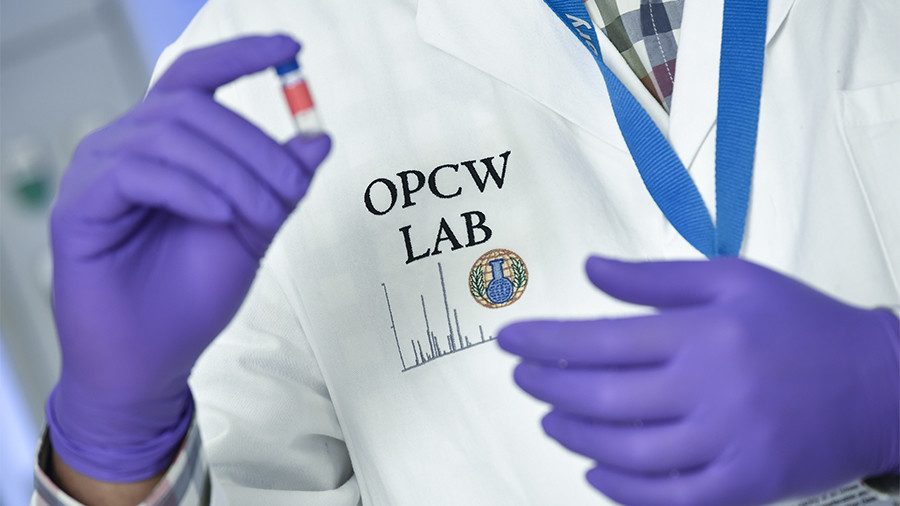 The OPCW confirmed that a team visited the site in Douma where an alleged chemical attack took place. The Russian Foreign Ministry has voiced concerns about the watchdog’s plans to visit fewer sites and speak to fewer witnesses.

On Saturday the Organisation for the Prohibition of Chemical Weapons (OPCW) confirmed on Twitter that its fact-finding mission team “visited one of the sites” in Douma “to collect samples for analysis in connection with allegations of chemical weapons use on 7 April 2018.”

The collected samples will be sent to OPCW's laboratory in Rijswijk, Netherlands and then “dispatched for analysis to the OPCW’s designated labs,” the mission said in a statement.

The watchdog said it would "evaluate the situation and consider future steps including another possible visit to Douma."

The OPCW team departed for the city in Eastern Ghouta 11 days after Damascus sent a formal request to the watchdog to inspect the area, Russian Foreign Ministry spokeswoman Maria Zakharova said.

“Such delays in such a resonating case, regardless of the motives, are unacceptable, since not only the Syrian side but the Russian military [stationed in Syria] guaranteed the security of the OPCW team,” she stated.

Moscow expects the OPCW to investigate the alleged chemical incident impartially. However, the mission’s plans to visit fewer sites linked to the purported attack and interview fewer witnesses raises “serious concerns,” Zakharova said. According to the spokeswoman, these plans only“demonstrate the unwillingness to shed light on yet another staged provocation with the use of chemicals, which served as a reason for the missile strike” by the US, UK, and France.

The fact-finding mission faced a series of security-related setbacks in its attempts to reach Douma. On Wednesday, the OPCW confirmed that its mission to Douma was delayed from entering the city after a UN security team came under “small arms fire.” Contrary to a US claim, the watchdog didn’t say that the delay was caused by Russia or Syria. Washington had previously accused Damascus and Moscow of blocking the fact-finding team from reaching the city.

The OPCW team’s arrival in Douma was postponed on April 14 after the US, UK, and France unleashed a bombing campaign on Syria. The airstrikes were carried out in response to the alleged gas attack in Douma on April 7, which the West blamed on Bashar Assad’s government. The operation started hours before the team was due to reach the city.

Last Saturday, Syrian defenses were scrambled to repel 103 cruise missiles and air-surface missiles launched at civilian and military targets by the Western trio. It managed to intercept at least 71 of them, the Russian Defense Ministry said at the time.