Last week, the fact-finding mission of the Organisation for the Prohibition of Chemical Weapons (OPCW) visited a site in the Damascus suburb of Douma to collect samples in connection with the alleged April 7 chemical attack. 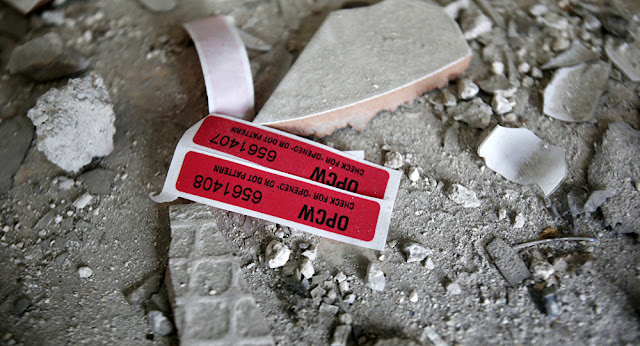 Chief of the Main Operational Directorate of the Russian General Staff Col. Gen. Sergey Rudskoy has announced that the Organisation for the Prohibition of Chemical Weapons (OPCW) had confirmed that there were no chemical weapons found at the Barzeh research center in Damascus despite the US officials' claims.
The official further noted that thousands of people could have died if there was any chemical weapon on the sites that were attacked by the US-led coalition.
"Immediately after the attacks, many people who worked at these destroyed facilities and just bystanders without any protective equipment visited them. None of them got poisoned with toxic agents," Rudskoy said.
He said the logic of strikes on alleged facilities with toxic agents in Syria was unclear, because if toxic agents had theoretically been stored there, tens of thousands of people would have died after the cruise missile strikes.
On US Airstrikes in Syria

Intelligence data shows that Osa, Kvadrat, Buk, Strela-10, Pantsir and S-125 air defense systems destroyed 46 cruise missiles during the recent US-led strikes on Syria, Rudskoy said, adding that only 13 of 76 reported Western airstrikes hit targets near the Barzah research center in Syria.
"Obtained intelligence data, objective control from air defense systems, work on the ground and the questioning of witnesses show that Pantsir, Osa, Strela-10, Buk, Kvadrat and S-125… destroyed 46 cruise missiles [in Syria]," Rudskoy said.
According to Rudskoy, most of the precision weapons were destroyed by the Soviet-era air defense systems developed 40 years ago, with S-125, Osa and Kvadrat among them.
READ MORE: Qatar Obliged to Send Troops to Syria to Keep Being Protected by US — Riyadh

According to the military official, Russian specialists are examining missiles of the US-led coalition, including Tomahawk, which were captured in Syria to improve Russian weapons.
"Two [missiles] including Tomahawk cruise missile and a high-precision aviation missile were delivered to Moscow… They are now being examined by our experts. The results of this work will be used to improve Russian weapons," he told a briefing.
At the same time, air defense expert of the Russian Defense Ministry Sergei Beznogih said that the Russian General Staff showed remains of cruise missiles downed by Syrian air defense systems to journalists.
"Elements of the sea-based US-made Tomahawk [missiles] and air-based UK-made and French-made SCALP and Storm Shadow [missiles] were displayed," Beznogih said.
Meanwhile, Col. Gen. Sergey Rudskoy noted that only seven western missiles struck the Syrian Han Shinshar facility, which allegedly housed chemical weapons, not 22 as the Pentagon claims.
READ MORE: US House Passes Bill Banning Aid for Assad-Controlled Syrian Territories

The senior official stressed that chemical weapons were never developed or stored in Han Shinshar, located in the province of Homs, adding that the storage was struck twice, not seven times, as the US side claims.
"According to the statements of the Pentagon’s representatives, 22 missiles hit the above-ground facilities. We registered no more than seven hits, which is shown in the space image," he told a briefing.
Speaking further, Rudskoy noted that expensive "smart" US missiles only hit outbuildings in Syria which had nothing to do with the army.
"The expensive and so-called ‘smart’ missiles inflicted the greatest damage on outbuildings which had nothing to do with military activity," he told a briefing.
At the same time, according to the senior military official, Russia will supply new air defense systems to Syria in the near future.
"Russian specialists will continue training Syrian military personnel, and will assist in mastering new air defense systems, which will be supplied in the near future," Rudskoy said.
Earlier, reports have emerged about an alleged chemical weapons attack in Syria, published by an online Syrian opposition news portals on April 7, claiming that a chemical attack took place in Syria in the city of Douma near Damascus.
READ MORE: Moscow Ready to Accept Results of OPCW's 'Qualified' Probe into Douma Incident

Reacting to the reports, the United States and the European Union said the Syrian government of President Bashar Assad was behind the attack.
Moscow has called the news reports about the attack "hoaxes" and warned against military attacks against Syrian areas where Russian troops are deployed.

The Russian Reconciliation Center for Syria representatives inspected the location of the alleged attack and questioned local doctors, who said that they had not received individuals with symptoms of any chemical poisoning.
However, despite the lack of evidence, the US, alongside France and the UK, launched a massive missile attack against Syria on April 14 in response to the alleged chemical attack in the city of Douma.